Days before he was to leave for college, gifted soccer player Lizandro Claros Saravia was deported by the Trump administration with his brother. But there is a silver lining, as Michael Knigge reports from Maryland. 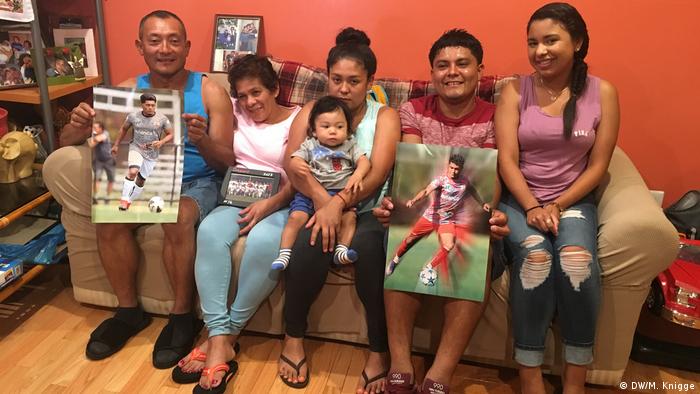 It is the small things that those close to him miss most about Lizandro. The 19-year old from Germantown, Maryland was sent to his native El Salvador with his older brother Diego, 22, in early August by US immigration officials.

"Everyday when he came home from practice he would ask, Mum what do you have for dinner?" his mother Lucia Claros Saravia, who speaks little English said in Spanish.

"Every time I come here I expect to see Lizandro playing Playstation in his bedroom and Diego watching TV or sleeping," said 29-year-old Jonathan Claros Saravio, Lizandro and Diego’s older brother. "You feel like they are here, but then you realize they are not here."

"He always came to practice with a smile on his face," said Josh Zinngrebe, a team mate who like Lizandro until his deportation spends most of his free time after school at Bethesda Soccer Club, a top regional soccer club in Maryland. 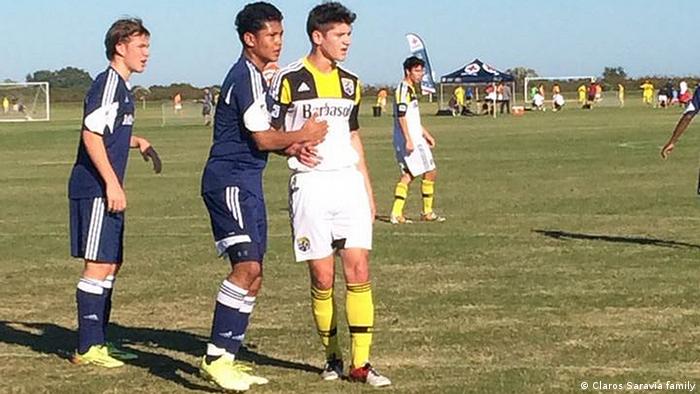 Lizandro, pictured in the middle in the blue shirt, has a bright future on the soccer field

Deported instead of fulfilling his dream

Lizandros dream, shared by most of those selected to play for the highly competitive youth club, was to hone his soccer skills to attract the attention of colleges who would offer him a scholarship to play in their soccer program while pursuing a degree.

That dream appeared to come true earlier this year when he received a scholarship offer from a college in North Carolina, an opportunity he decided to seize after finishing high school.

But unlike his team mates, Lizandro and his brother had come to the country illegally when they were 11 and 14. While they had no criminal record, their efforts to get a reprieve from deportation were repeatedly turned down over the years; but at least they were allowed to remain in the country.

All that changed when the Trump administration began its crackdown on undocumented immigrants soon after taking office. When Lizandro, who routinely had to check-in with immigration authorities, told them of his plans to attend college in North Carolina he and his brother were detained. Both were deported on the very day Lizandro was scheduled to leave for North Carolina. A lawyer who represented the brothers told the Washington Post it was the fastest deportation he had ever witnessed. 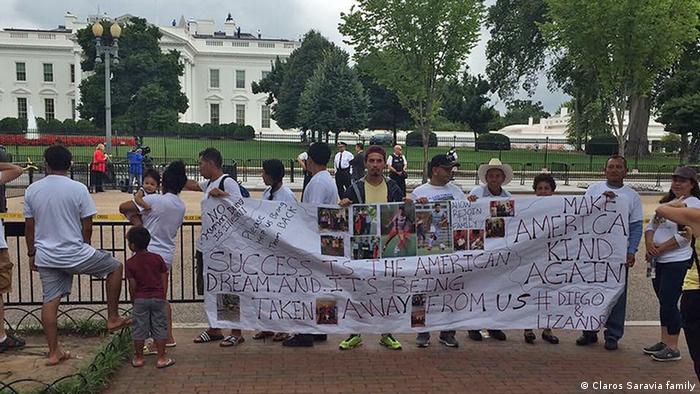 "I have great kids"

"When I received that call that day, it was the hardest call I ever received in my life," said Jonathan, describing the moment when his detained brothers told him by phone that they were going to be deported to El Salvador. They were not allowed to see their family before being sent back.

"I feel sad because they took their dreams away," said their mother Lucia Claros Saravia, wiping tears from her face while speaking. "I have great kids, they didn’t do any drugs. The only things they loved were study and work and playing soccer. They didn’t do anything wrong."

Like his family, the close-knit community of players and coaches at Lizandro’s soccer club find it difficult to cope with the forced deportation of one of their own.

"We are still devastated," said Brett Colton, Lizandro’s coach. He has known Lizandro since he joined the club four years ago. "It hit the community here hard. We still think about him daily. He had worked extremely hard for this opportunity to go to college." 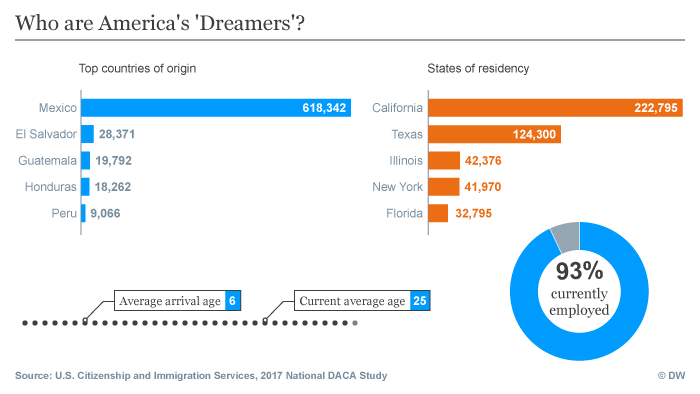 'He never did anything wrong'

Lizandro’s teammate Josh Zinngrebe regularly communicates with him via a group chat used by the club’s soccer players. But texting Lizandro cannot fill the void left by his sudden departure.

"I don’t feel like you can ever recover from this shock," said Zinngrebe, "because he was a great teammate, a great guy. He was going to school, he never did anything wrong."

After being deported to El Salvador, one of the most violent countries in the world, Lizandro and his brother stayed with relatives, but hardly dared to step outside the house for fear of being caught up in the gang violence ravaging the country, their older brother Jonathan said.

With a return to the US impossible anytime soon, their family in Maryland – brother Jonathan, mother Lucia, father Jose and sister Fatima – thought of a way to get them out of El Salvador.

"All they could do there is sit around in the house," said Jonathan.

So the family sought to keep them out of harms way and enable them to pursue a professional career in the future. An opportunity arose when both were able to enroll at an offshoot of an American university in Nicaragua.

"They are a lot safer there and they are really busy with their studies," said Johnathan, adding that while everyone was happy that the two brothers are now studying in Nicaragua, the family still hopes that they all can be reunited again in Maryland.

A spokeswoman for Miami-based Keiser University confirmed that Lizandro and Diego Claros Saravia are enrolled at its Latin American campus in San Marcos, Nicaragua. "Both are playing soccer and have received scholarships," Kelli Lane, associate vice chancellor at the university wrote in an email. Citing privacy reasons she would not answer additional questions about the brothers and their situation. 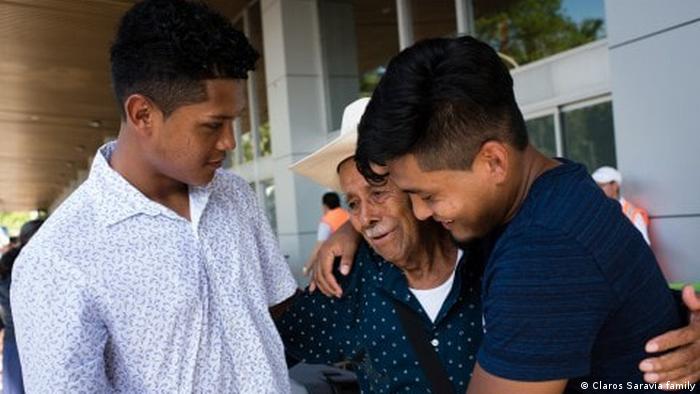 The Claros family is hopeful of a reunion soon

Glad to have found a safe place where Lizandro and Diego can further their education, the Claros Saravia family now face another test of its unity.

Fatima, Lizandro and Diego’s 25-year-old sister, is the family’s only recipient of the DACA program that shielded young undocumented immigrants from deportation. It was recently rescinded by President Trump. Now she could ultimately endure the same fate as her brothers when her current permit runs out early next year: Deportation to El Salvador.

So this week, Fatima applied for a final renewal of her DACA status. If approved, it would protect her from being sent back to El Salvador and allow her to work in the US for two more years, according to her brother Jonathan.

"We hope she gets it soon," he added.

The judge has sided with a group of states seeking to end the immigration program, which protects some US residents from deportation.