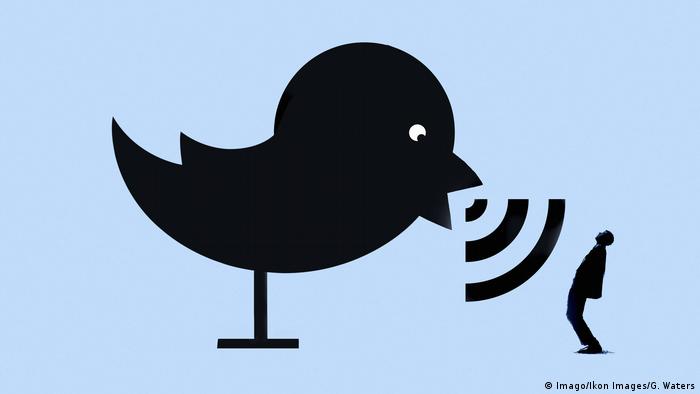 Twitter has engaged in more widespread labeling of tweets posted on the social media platform to warn users about posts containing information it deems incorrect or unsubstantiated. While the move pleased some, others, including US President Donald Trump, are enraged. But what is changing in Twitter's approach?

Twitter decided in March it needed to add warning messages to tweets featuring doctored or false images. In May, it announced it would expand the warnings and create new labels for tweets containing false information about the COVID-19 pandemic.

The labels are based on three categories:

Twitter puts a warning label over tweets it checks and provides a link to a Twitter-curated page or a "trusted external source" to provides extra information. Users also need to click a "view" link to see the original tweet.

The links provide extra information about current topics but do not explicitly say if the content of a tweet if true or false as some fact-checking organizations do.

"It's probably not that fair to say they are fact-checking labels," said Baybars Orsek, director of the International Fact-Checking Network at the US Poynter Institute. "They are really advisory labels, encouraging users to check out additional information."

Who is checking the tweets and adding information?

Twitter has not revealed exactly how the process works. In a blog post, Yoel Roth and Nick Pickles, Twitter's head of site integrity and director of global public policy, respectively, wrote Twitter is "using and improving on internal systems to proactively monitor content related to COVID-19."

But so far it appears to be an internal operation.

"It's very clear to us that they don't work with external, independent fact-checkers," Orsek said.

It appears Twitter itself is curating the lists and sources of the added information it is guiding users towards.

Why is it suddenly receiving so much attention?

Twitter has expanded the warnings to cover other topics. The labels have received huge attention since one was placed on a tweet dealing with mail-in ballot fraud in Trump's account.

In this instance, a message reading "get the facts about mail-in ballots" appeared under the tweet, with the link taking readers to media reports and a list of bullet points, which explained, "fact-checkers say there is no evidence that mail-in ballots are linked to voter fraud."

Another of the president's tweets about sending the National Guard to deal with riots in Minneapolis was covered with a label saying it "violated Twitter rules about glorifying violence." Twitter left the tweet accessible, however, stating it was "in the public interest" to do so.

But President Trump is not the only one to be labeled by Twitter. The New York Times reported that Chinese Foreign Ministry Spokesperson Zhao Lijian had one of his tweets labeled with a COVID-19 warning, and hundreds of "manipulated media" warnings were added to tweets claiming to show a picture of Minneapolis police officer Derek Chauvin in a racist red baseball cap.

The progression of which tweets Twitter will label has grown quickly, but the idea is still in a trial phase.

"I think it's fair to say they are exploring their options and are doing that by rolling out the features rapidly," Orsek said. "If this is going to be a global policy, there is more data and input needed to make that decision. The decision in the US could have had a different outcome in another country with a different rule of law."

Trump is extremely unhappy about the new policy and has signed an executive order attempting to remove libel protections from social media companies. If that order is not challenged and repealed, it means Twitter could be sued over content users post, which might encourage the company to increase the warnings it posts.

Orsek said the labels currently lack a time stamp, so users cannot tell how long it was after something was posted that Twitter added a warning or link to extra information.

He added it would be beneficial for Twitter to work with independent fact-checking organizations.

"As a practitioner of fact-checking, I would be interested in seeing Twitter and all other platforms reach out to fact-checkers, and work with them for these kinds of actions," Orsek said.

The International Fact-Checking Network advocates for fact-checkers worldwide and sets standards in its fact-checkers' code of principles.

Twitter has criticized UK PM Boris Johnson's Conservative Party for misleading the public by changing the name of one of its accounts to resemble a fact-checking service during a televised election debate. (20.11.2019)