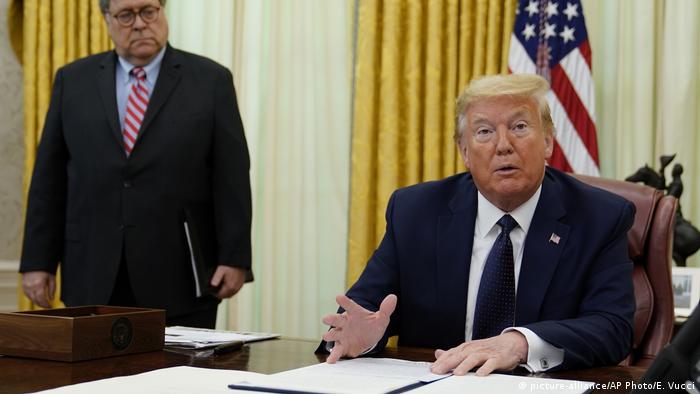 US President Donald Trump signed an executive order Thursday to scrap or weaken a law that protects internet companies like Facebook and Twitter. The new legislation comes two days after Trump's tweets were fact-checked by Twitter for the first time.

The new legislation may "remove or change" a law known as section 230, which protects social media companies from legal liability for the content users post.

"In the Oval Office, Trump says fact checking is nothing more than political activism," DW's Alexandra von Nahmen wrote on Twitter. "He says his executive order on social media means they will no longer have a liability shield."

Given Trump's history of personal attacks and dubious claims on social media, should the proposed legislation pass, it may force social media companies to monitor his statements more closely or risk prosecution. 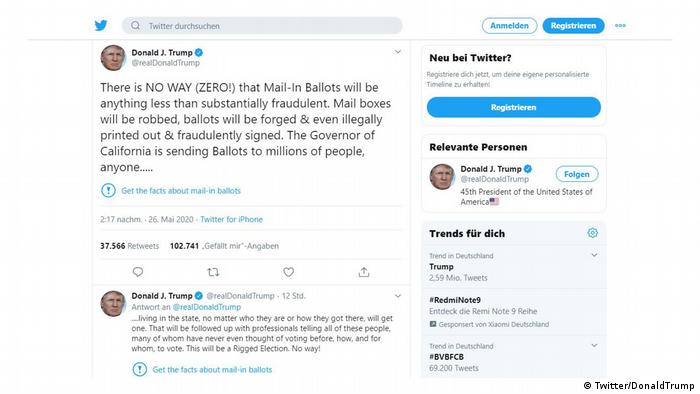 The two tweets that were flagged claimed without substantiation that there was 'NO WAY (ZERO!)' that mail-in ballots cast in the US presidential election would be 'anything less than substantially fraudulent.' They also accused California's governor of contributing to voter fraud.

Is the move legal?

"The president is trying to frighten, coerce, scare, cajole social media companies to leave him alone and not do what Twitter has just done to him," said Yale University's constitutional law professor Jack Balkin.

Speaker of the House of Representatives and ardent Trump critic Nancy Pelosi described the executive order as "a desperate distraction from his failure to provide a national testing strategy to defeat COVID-19."

The president uses Twitter frequently to promote policies and share his views, with more than 80 million users following him on the platform. On Wednesday, after the fact-checking was introduced, he accused Twitter of censorship and "stifling FREE SPEECH." The tweet in question related to unsubstantiated claims of fraud linked to mail-in voting. Election campaign emails from his team are pushing a similar line, with a higher number of postal ballots likely in November's election owing to the coronavirus.