How do conflicts and economic growth go together in Asia?

Conventional thinking is that when countries experience greater economic growth, they are less vulnerable to large-scale violent conflicts. However, this has not been the case in Asia, as analyst Patrick Barron tells DW. 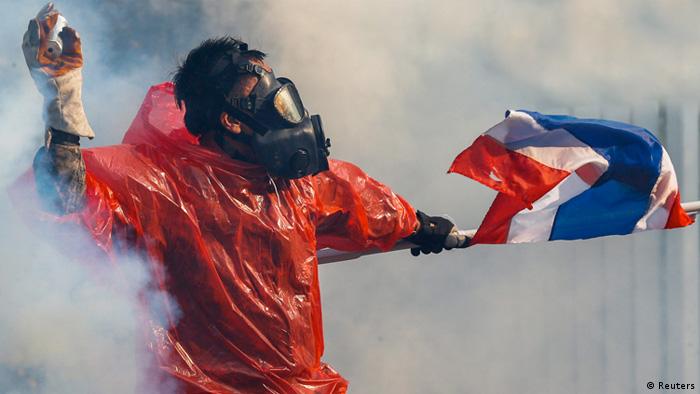 Even though these countries have become much richer, the number of so-called subnational conflicts has grown in the region, an occurrence that defies the common political belief that prosperity reduces the likelihood of violent conflicts. Between 1999 and 2008, more people died in such conflicts in Asia than all other types of conflict (interstate war, terrorism) combined.

Patrick Barron, The Asia Foundation's regional director for conflict and development, says in a DW interview that the growth-stimulating strategies chosen by Asian countries have led to such subnational conflicts. The ingredients of these strategies, he adds, include a strong focus on centralizing power and an emphasis on creating a dominant national culture and identity. But he also says that there is a chance for Asian nations to create new decentralized leadership models.

DW: What do subnational conflicts involve and where can they be found?

Patrick Barron: Subnational conflicts involve violent armed struggles between states and non-state insurgent groups who are trying to gain self-rule - either independence or greater autonomy. They differ from regular civil wars because they don't involve battles for control of the central state. Usually, they occur in the remote peripheries of states, where the majority population is a religious or ethnic minority within the broader country. 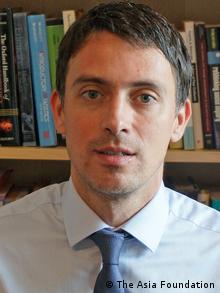 The economic explosion in China, for example, has been accompanied by deepening unrest in Tibet and Xinjiang. The majority of the people of Thailand's conflict-affected Deep South are Malay-Muslim, while Muslims probably account for only six percent of Thailand's population.

Over the past decade, such conflicts have affected over half of the countries of South and Southeast Asia. The continent's current most deadly subnational conflicts are occurring in Thailand, India and Pakistan. In Myanmar, progress has been made towards finding peace agreement in many - but not all - subnational conflict regions. In Mindanao in the Philippines, great progress has been made with the recent signing of a Comprehensive Agreement on the Bangsamoro, but there will no doubt be challenges ahead.

Why are Asian countries particularly susceptible to such conflicts?

In many cases, it is the ingredients of the strategies that Asian countries chose to stimulate growth and development that have led to subnational conflicts. These include a strong focus on centralizing power at the expense of power in the peripheries, an emphasis on creating a dominant national culture and identity - sometimes at the expense of minority cultural identities, and an opening up of markets to outside investment - often over-riding traditional claims to land and other natural resources.

These policies and practices have generally been quite successful in stimulating growth. But they have also led to resentment in regions that have not benefitted from this growth and/or who perceive their cultures and identities to have been marginalized. The security-focused responses of some Asian countries, who have sent the military in rather than search for solutions to underlying problems, has also led to resentment which has given some conflicts a new lease of life.

What are the key factors that lead to subnational conflicts in Asia?

We can think of both underlying causes which lead to initial unrest and then factors that sustain Asian subnational conflicts. As noted before, a trampling over local cultural identity, accompanied by relative economic deprivation, often creates initial sparks of violence. However, over time it is often different issues that keep these conflicts going and that cause them to escalate. One is that repressive state security policies sometimes lead to rights abuses, in turn reinforcing hatred towards the state.

Political instability has hardly affected the image of the holiday paradise of Thailand. But while the military protects the all-important industry, the country has missed its ambitious growth targets for 2014. (21.07.2014)

A second is that over time conflict can become a profitable endeavor for many of the parties involved. Militaries sometimes benefit from subnational conflicts because they can strengthen their calls for greater funding. In many cases, insurgent groups also do well out of conflict - both through benefitting from informal taxation of the poor, but also from the political power and resultant economic opportunities that conflict garners. Dealing with the incentives that create this 'political economy of conflict' can often be the greatest barrier towards peace.

What impact are these conflicts having in their respective countries?

The economic costs of civil war in Indonesia's Aceh province, for example, have been estimated at 10.7 billion USD, more than twice that of the Indian Ocean tsunami. In the past decade, more than 100,000 people were killed in subnational conflicts in South and Southeast Asia. The number of lives that were scarred obviously far exceeds this total.

The political costs are less certain. The average subnational conflict in Asia lasts for 33 years, double the global average. One reason for this is that the political cost of these conflicts to governments is often rather slight. Thailand's Deep South houses only three percent of the national population.

Less than two percent of Indonesians live in Aceh. Subnational conflict areas are usually relatively isolated peripheries. In nations' capitals, the killing is often too distant to arouse widespread indignation. Governments often find it easier to ignore or contain subnational conflicts than deal with the complex underlying problems.

Why have some of these conflicts continued even as democracy has consolidated?

It's unsurprising to see more violent conflict at times of transition when the "rules of the game" are less clear. Democracy brings with it new opportunities for expression of dissent and identity. In some of these cases, this increased the confidence of some groups to push for greater freedoms. And sometimes, when states did not respond positively, people took up arms.

But we would expect democracies, once they have consolidated, to be more effective at managing conflicts: firstly, because groups can compete politically rather than violently; secondly, because there is more room for freedom of expression and choice of representation; and finally, because there are more likely to be accountability mechanisms - such as a free press and vibrant civil society- in place, hence limiting abuses. 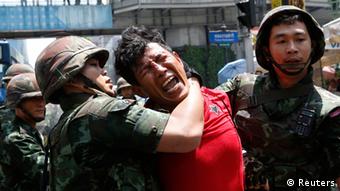 The researcher says the deadliest conflicts right now are happening in Thailand, India and Pakistan

One thing that has sometimes been missing in Asia's new democracies is substantive decentralization of powers that allow for local identities to be expressed and decisions on the use of local resources to be controlled locally. Where there has been decentralization, there have often not been serious attempts to make sure local institutions have the capacity to oversee these processes and that they are transparent and held accountable.

What must these countries do to try to deter such conflicts?

There are no easy answers to ending conflicts that have, in many cases, endured for generations. However, there are a few things governments might think about. First, they should seek to use dialogue as a means for dealing with contention rather than the application of coercive force. Globally, from Iraq to Afghanistan and beyond, counter-insurgency operations have often led to increased resentment against the state amongst local populations.

Second, they should explore means to use decentralization as a core component of any peace settlement. Many Asian countries, which have seen the economic and security benefits of centralization, are wary of devolving powers to areas. But, as the case of Indonesia shows - where most subnational conflicts have ended - allowing for more local control of resources and decisions, within the framework of a sovereign state, can actually be quite an effective conflict prevention and management tool. 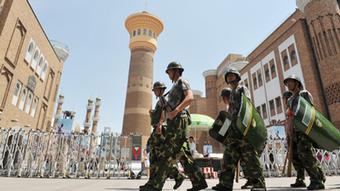 Barron: China is an example of how economic growth has been accompanied by deepening unrest in Tibet and Xinjiang

Third, look for new ideas and create the organizations, spaces and networks to develop them. Many of the standard approaches to dealing with conflict were developed based on experiences dealing with national-level civil wars in the fragile states of Sub-Saharan Africa. These are very different contexts to most of Asia's subnational conflict areas.

There is a need to develop new approaches and tools for dealing with conflicts in middle income and growing states, and to document cases of success and failure. There is a real opportunity for Asia's economic rise to be accompanied by leadership in finding new ways to deal with the region's subnational conflicts.

Patrick Barron, The Asia Foundation's regional director for conflict and development, is based in Thailand.