How divestment stacks up against fossil fuels | Environment | All topics from climate change to conservation | DW | 17.01.2020 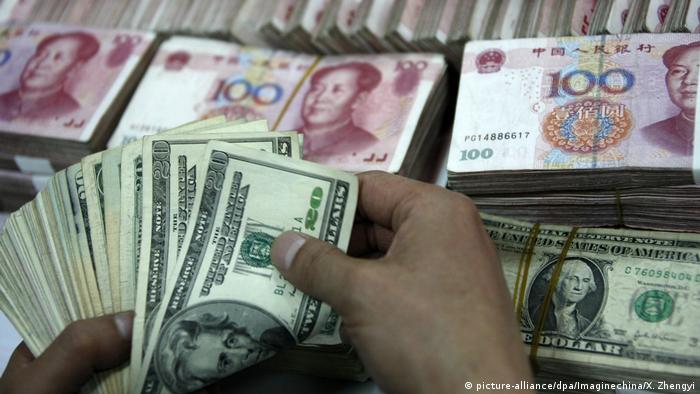 The planned coal-fired power station near the coastal town of Lamu was conceived to help expand the power grid in Kenya's underserved north. But half a year ago, the project was put on hold. A Kenyan court ordered that the risk of environmental damage to the coastal region be reassessed.

Activists had long been protesting against the Lamu coal plant. But they weren't the only ones — several investors and banks had also rejected the project.

"The financiers are aware of the poor financial return of these projects, especially in comparison to renewable energy projects," Omar Elmawi of the DeCOALonize campaign said in a statement. 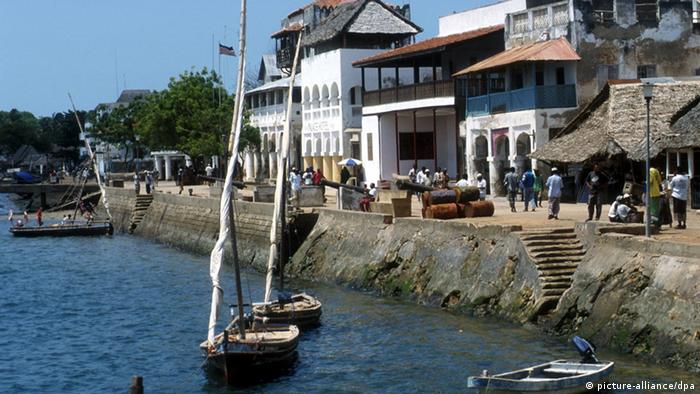 Environmentalists say the coal plant would have threatened mangrove forests and water quality in Lamu, a UNESCO World Heritage Site 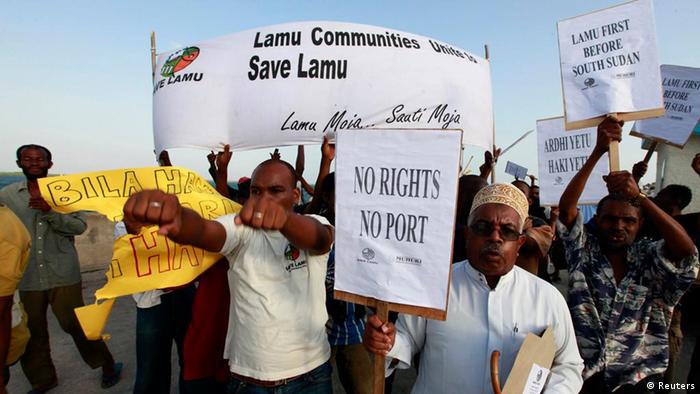 People in Lamu have been protesting against the planned power plant for years, fearing the development could destroy the local ecosystem

According to Kingsmill Bond, a financial expert with the think tank Carbon Tracker, this is part of a growing global trend. "Investors therefore are shifting money out of these sectors because they're worried that they will be left with stranded assets in the fossil fuel era," Bond told DW.

From a global perspective, the greatest financial risk is primarily the "structurally declining demand" for fossil fuels, Bond said. Annual investments in fossil fuels and the share of fossil energies in the global electricity mix have been declining since 2010.

In 2018, $279 billion (€250 billion) was invested in renewable energies — three times as much as in oil, gas and coal combined, according to a report by the research institute Bloomberg and the United Nations Development Program (FS-UNEP Collaborating Center).

At the same time, returns on fossil fuel yields are shrinking, while renewables are becoming increasingly profitable. Solar energy prices have fallen by 80% since 2009, while those for wind energy have dropped by 30-40%, according to the International Renewable Energy Agency (IRENA).

The financial world is slowly waking up

Anyone wanting to build a coal-fired power plant like the one planned at Lamu needs partners, shareholders, and of course money. In a bid to slow down climate change and prevent such projects from getting off the ground, the divestment movement has been calling on investors and institutions since 2012 to stop putting their money into fossil fuels.

By 2015, divestment had become an issue on the financial world's agenda. In a landmark speech, Mark Carney, the governor of the Bank of England, outlined the financial risks associated with climate change and called for a rethink in the financial sector. This now seems to be taking place — at least in part. 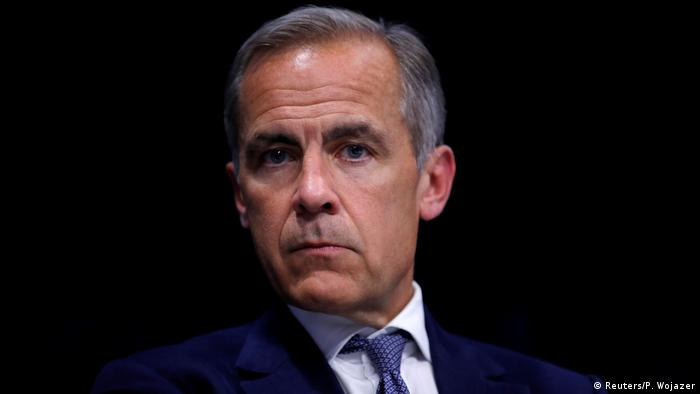 According to the divestment movement, more than 1,100 institutions, banks and investors around the world have already committed to invest only partially in fossil fuels, or not at all. Together, this group controls an estimated $12 trillion. In 2014, that amount was just $52 billion.

Nevertheless, in the report Banking on Climate Change, several NGOs state that 33 global banks have provided the fossil fuel industry with $1.9 trillion since the Paris Climate Agreement was adopted in 2015, with financing increasing each year.

Is coal running out of steam?

But there's still movement on the market. Perhaps the most prominent example of the shift away from fossil fuels in the financial sector is the Norwegian pension fund. A large part of the state's revenue from oil production flows into the fund, which, with around €1 trillion, is the richest sovereign wealth fund in the world.

As early as 2015, the country decided it would no longer invest in companies that earned more than 30% of their profits from coal. In 2019, the government pledged to withdraw an additional €11 billion from oil and coal companies, while investing billions in renewables.

New York City's pension fund, which manages around €200 billion, also plans to move away from investing in fossil fuels in the next few years.

Brett Fleishmann, a financial expert actively involved in the divestment movement, says the entire fossil fuel industry has reached a tipping point. He believes it will become increasingly difficult for companies to access cheap credit in the future.

"Aramco thought that it would be a very popular in the West but it wasn't ... because investors simply don't really want to allocate more capital to this space," Carbon Tracker's Kingsmill Bond told DW.

Aramco has a market value of around $2 trillion, making it the most valuable company in the world, well ahead of Apple and Google. But when it went public last year, the firm sold fewer shares than planned. Investors — especially those from abroad — held back. Putting money into an oil giant like Aramco would have "a significant impact on the development of CO2 emissions in companies' portfolio," said Tim Love of Swiss investment consultancy GAM.

As governments around the world consider introducing direct or indirect taxes on carbon — such as through shares in a company like Aramco — many companies are concerned it no longer makes sense to invest in products with a large carbon footprint. 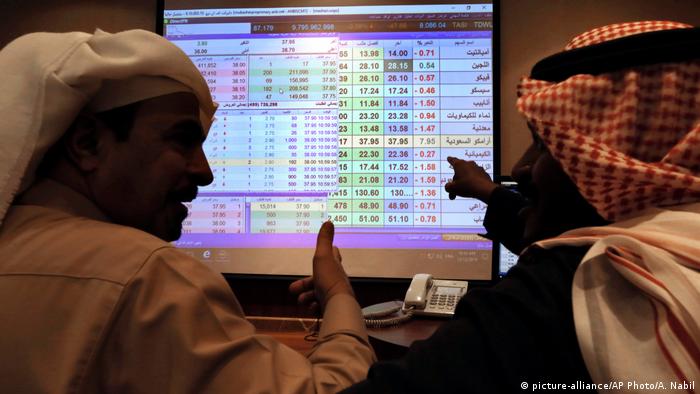 Just two days after its stock exchange debut, Aramco's total value rose to over $2 trillion dollars, making the oil giant the most valuable company in the world

According to the Sandbag think tank, that's exactly what happened to many coal-fired power plants in Europe, at least in the first half of 2019. It says profits in the industry have collapsed due to carbon taxes, along with other factors. In Germany and the UK, some power plants even reported losses.

Sweden is the frontrunner when it comes to pricing this climate-damaging gas, with a tax of €114 per ton of carbon. 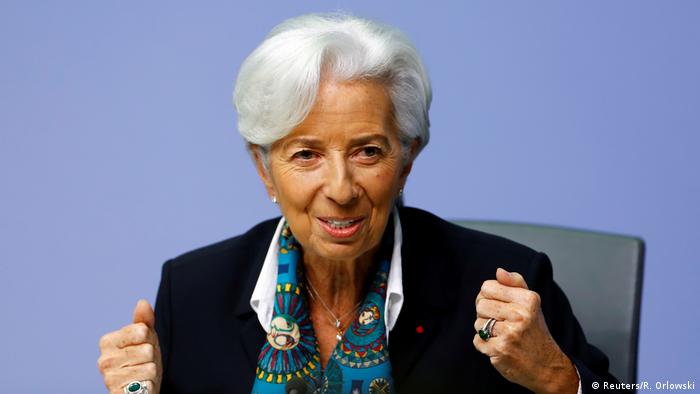 The Network for Greening the Financial System, founded in 2017, shows to what extent the divestment movement's pleas have penetrated the control centers of the financial system. The global group of central banks and banking regulators aims to find answers to the risks of climate change.

The United States, which pulled out of the Paris Climate Agreement, is not a part of the network, but the European Central Bank (ECB) is a member. Environmental protection hasn't been part of its responsibilities thus far, but that could soon change.

"In our strategic review, we will take up climate change, we will take up the fight … and see where and how we can participate in that particular endeavor," the new ECB president, Christine Lagarde, said at a press conference in December.

Kingsmill Bond has this advice for investors: "You need to take a very hard look at the stocks you've invested in in the fossil fuel sector ... because quite a few of [the companies] will be overwhelmed by the speed of the change."

Construction on the coal-fired power plant near Lamu in northern Kenya should have started back in 2015, with electricity to begin flowing by 2020 at the latest. If and when construction will go ahead at all is still uncertain. At least for the time being, there won't be any bulldozers/excavators rolling onto the site.