Housing: Rethinking the space we need to live | Environment | All topics from climate change to conservation | DW | 18.01.2022 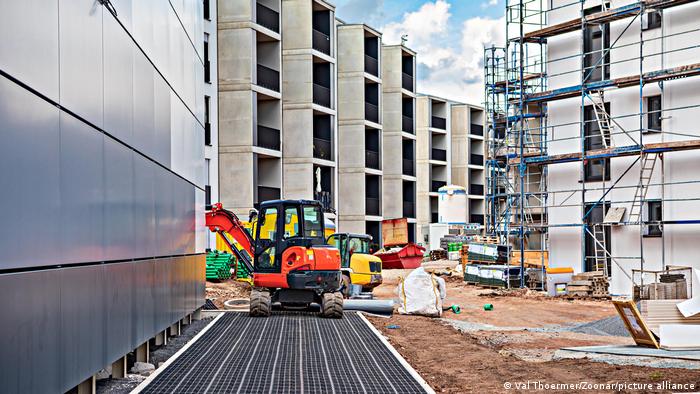 Over 2 million new apartments were built in Germany in the past decade, but many people still struggle to find affordable housing

In Germany, construction projects are eating away 52 hectares (129 acres) of land — the equivalent of 73 soccer pitches — every day, according to the Environment Ministry.

A significant chunk of that is for building new homes, as well as industry and commerce facilities. This constant construction has implications for the environment — it can affect wildlife habitats, arable soils, carbon storage and floodwater drainage.

The government wants to limit the development of new land to 30 hectares a day by 2030. At the same time, it has pledged to build 400,000 new units every year to ease a severe shortage of affordable housing.

According to Anna Braune, director of research and development at the German Sustainable Building Council, tackling the climate crisis and meeting housing demands in cities will require a rethink of how space is used. 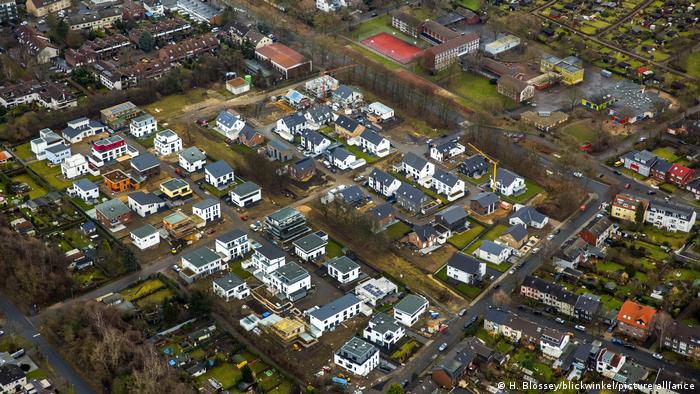 "We have doubled our personal space in the last 50 years," she told DW's On the Green Fence podcast. "We still have the idea of having big spaces, building for the family, the nest that is only usually used for 20 years if you have kids ... and then everybody moves out and does something else. I don't think it's very attractive for the future."

The size of our homes is significant because generally, the larger the space, the more building materials that are needed for construction and the more energy that is needed for heating and cooling.

"Every square meter saved is half a ton of carbon emissions saved" over the building's life cycle, Braune said. To put that into perspective, half a ton of CO2 is about the same as a one-way flight from London to Singapore emits per passenger.

Buildings account for almost 40% of greenhouse gas emissions in Germany. And while improving energy efficiency and using climate-friendly materials can limit the carbon footprint of a home, Braune said there should be more awareness about the role of space.

Rather than 47 square meters, Braune said 20-30 square meters might be more reasonable for the average person.

Germans have slightly more living space than the European average. That's about eight times more than Nigerians. While people in the US claim almost twice as much living space as Europeans.

Building challenge of the future

Providing adequate housing for a growing global population while attempting to keep carbon emissions in check is going to be a mammoth challenge over the coming decades. Around half of the buildings projected to exist in 2060 haven't been built yet, according to the Global Alliance for Buildings and Construction.

In the next 30 years, 2.5 billion more people are expected to flock to cities, mainly in Africa and Asia.

"There is no doubt that we have to build spaces for all these people, but now the question is how we build it, and where do we provide not just houses but living conditions that are fair," Braune said.

One possibility to address the lack of city housing and space, she said, is sharing.

Helen Jarvis, a professor of social geography engagement from the UK's University of Newcastle, has been researching cohousing setups in Australia, Britain and other countries. Cohousing is a type of community jointly owned and managed by multiple people or families. Individuals typically have their own private space, while also having access to common areas with shared facilities such as a laundry room, tool workshop or guest dining room.

"I do see the future as being far more about infrastructures of sharing, not private ownership, and that of course addresses affordability as well as ecological sustainability," Jarvis said.

Although collective living is as old as housing itself, she added, it is experiencing a reemergence today.

Another trend that has gained traction in recent decades, partly in response to environmental and affordability concerns, is the tiny house movement. Berlin-based architect Van Bo Le-Mentzel founded the NGO Tiny House University in 2015 to create cheap, 10-square meter tiny houses with. While he thinks it's a good idea for people to downsize, even he stresses that tiny spaces are not the answer.

"If you're forced to live in a tiny space, you can get crazy after a while," Le-Mentzel said. Rather, he said tiny houses could be useful as an extension to a small home or as part of a community with access to a bigger shared house.

"But if you want to make sure that 7 billion people have access to a community space, of course the individual space needs to be smaller," Le-Mentzel said. 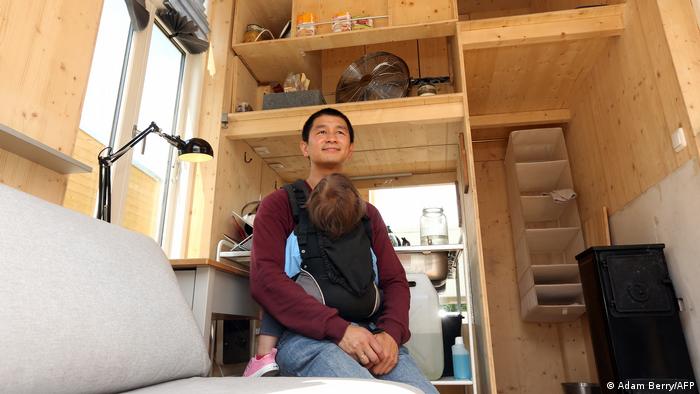 Smaller spaces might be cheaper and account for fewer CO2 emissions, but Le-Mentzel said the tiny house movement should be viewed critically: "The tiny house buyers often own not only one apartment, but two apartments and several homes. ... And, in addition to that, now they add a very nice tiny house to their belongings."

Repurposing existing buildings is another way to create homes without using undeveloped land. A study from Germany's Technical University of Darmstadt and Eduard Pestel Institute found that up to 2.7 million apartments could be created in Germany's inner city areas by converting or building stories on top of offices, administrative buildings, pharmacies and parking garages, for example.

The coronavirus pandemic caused a global drop in emissions from the building and construction sectors, reaching lows not seen since 2007, the Global Status Report for Buildings and Construction found. That lull isn't expected to last, however.

Professor Jarvis said the past two years also yielded other insights into the meaning of our homes.

"The pandemic has really shone a light on loneliness. People living alone, social isolation and an aging population is a big motivator for looking again at cohousing," she said.

"We shouldn't all be living in single family dwellings where inevitably one in four of us are going to be just one person living alone, for many, many decades," she added.

The German capital has become a minefield for renters and the problem is becoming increasingly politicized. But in the Irish capital, Dublin, the situation has developed into a full-blown housing crisis.

Social experiment in Germany brings young and old together

Keeping homes cool as the planet heats up

Can I still afford to buy a house?