Germany's agriculture minister says wooden houses could help stem climate change by absorbing carbon emissions. Trees have become a hot political issue in Germany amid concerns about the health of the country's forests. 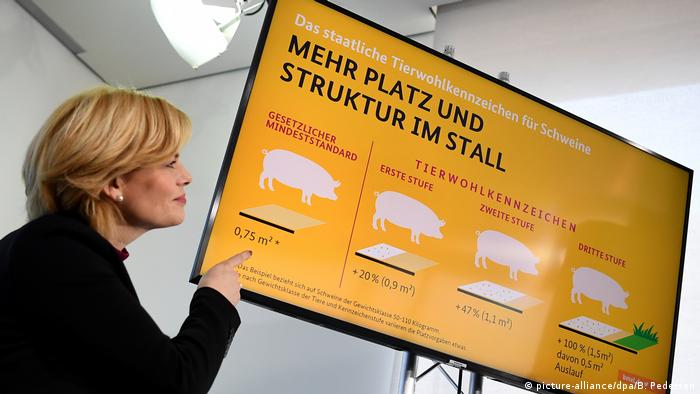 In an interview published in the Rheinische Post on Monday, Germany's agriculture minister said increasing the number of wooden houses would help the country meet its emissions goals.

Julia Klöckner, a member of Germany's so-called climate cabinet, said recent developments in construction meant that fire codes that have prevented the building of such homes are no longer justified.

Saying that quickly constructed wooden housing could come in handy as the number of homeless people in Germany continues to rise, Klöckner urged state governments to do away with restrictions.

"Thanks to the high level of prefabrication, wooden houses can be built fast," she said, adding: "Some federal states are still skeptical. They should put aside their doubts and adapt their building regulations."

Klöckner's call for more wooden houses comes amid concerns about the precarious state of Germany's forests. More than a million trees have died since 2018 due to increasing temperatures, droughts and bark beetles.

Recently, Swiss researchers found that reforesting the earth could help fight climate change. Their study found that planting enough trees to fill an area the size of the United States would capture two-thirds of man-made carbon emissions.

Germany's "climate cabinet" convenes as protests grow, fines for noncompliance loom and political impasses persist. The country could fall 10 points short of a deadline to cut emissions by 40% from 1990 levels. (09.04.2019)