Hopes for a tourism boom in Colombia

The end of violent conflict in the Latin American country is enabling people to plan for the future. Entrepreneurs like Migele Cinque see their chances of doing good business rising, and are investing in tourism. You have to be slightly crazy to build a ten-story hotel with 60 rooms here. Migele Cinque stands in its unfinished shell, with the sounds of the sea in the background. "To the left is a cemetery. That means it can't be built up because the view must remain unobstructed." Then he points to the seaside promenade. "I've heard that back there a marina is to be built, so I secured the beachfront property for myself." Cinque is a German of Italian descent - his father comes from Naples. He's counting on a new gold rush mentality, because up until now Riohacha on the Colombian Caribbean coast, near the border to Venezuela, has been a sleepy place. There are many unfinished buildings, and unemployment is high. 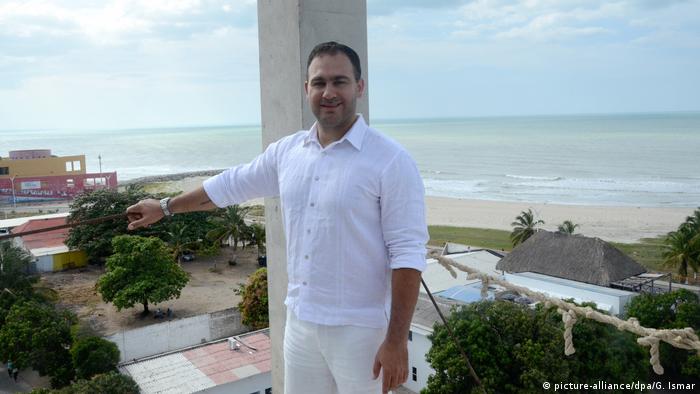 Entrepreneur Migele Cinque in the shell of his hotel

With peace, tourists will come

Until recently, the dreaded Farc guerrillas were active here, and that scared off tourists. However, for several years Colombia has had the most stable and highest economic growth in South America, while countries such as Brazil have sunk into recession. That is largely due to the gradual end of the armed conflict, which has claimed more than 220,000 lives since 1964. 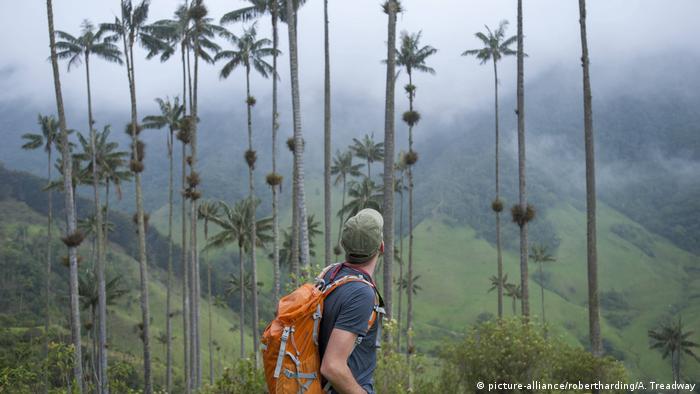 In the Cocora Valley, where the world's tallest palm trees grow

The agreed handover of weapons belonging to the 7000 Farc guerrillas is set to be complete by the end of May. For negotiating the agreement, Colombian President Juan Manuel Santos was awarded the Nobel Peace Prize. He says that in 2016, for the first time, slightly more than five million tourists came. And it's hoped that will just be the beginning, especially in Riohacha - which until now, unlike the Caribbean cities of Cartagena and Santa Marta, has led a shadowy existence. 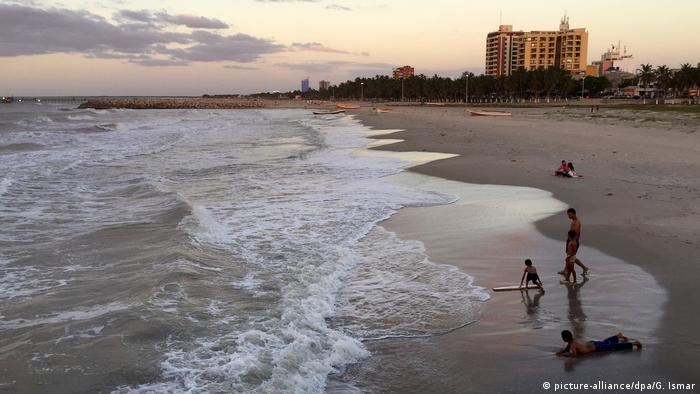 On the beach at Riohacha

La Guajira - a region with prospects

So far, the seaside promenade looks like this: a few plastic chairs in front of wooden shacks that offer grilled fish in the evenings, and cheap bars - but beyond them is a glorious beach with magical sunsets. Migele Cinque, the emigrant from Germany, ended up by chance in Colombia and stayed there, in part because he fell in love. When he arrived in Riohacha, there were virtually no taxis. Cinque built up the city's first radio taxi company ("Taxi Tropical"). Nowadays the company has more than 250 vehicles. In addition he still has a car repair shop ("Auto Alemania"). He sold some of his shares in the taxi company to acquire money to expand into the hotel sector. He named his first hotel, which has seven rooms, for Pope John Paul II. Cinque is a devout Catholic.

His new ten-story hotel is to have 60 rooms, a sauna, swimming pool and terrace with a view of the sea and cost 1.5 million dollars. "Until now, no investor has dared to back me." But he hopes he can manage to have the hotel nearly completed by the end of the year. By then, he says, a funding program for tourism will be running. "Then the government will grant a 30-year income tax exemption." 33-year-old Cinque believes in Riohacha. 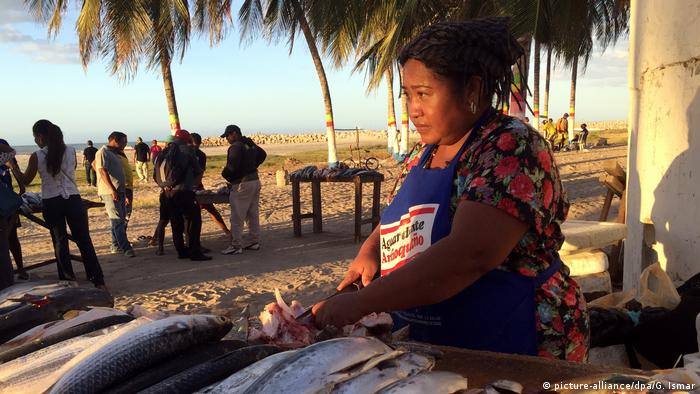 To date, only a few backpackers have come as tourists. You can also get an idea here of what is the largest gasoline-smuggling economy in South America. The trade is dominated by the indigenous Wayuu people. Across the border in socialist Venezuela, gasoline is cheaper than anywhere else in the world. Every day, hundreds of thousands of liters are taken over the unmanned border and sold by roadside vendors on the Colombian side. Funnels are used to fill vehicle tanks. Most of the filling stations in the nearby border city of Maicao. The police usually turn a blind eye. 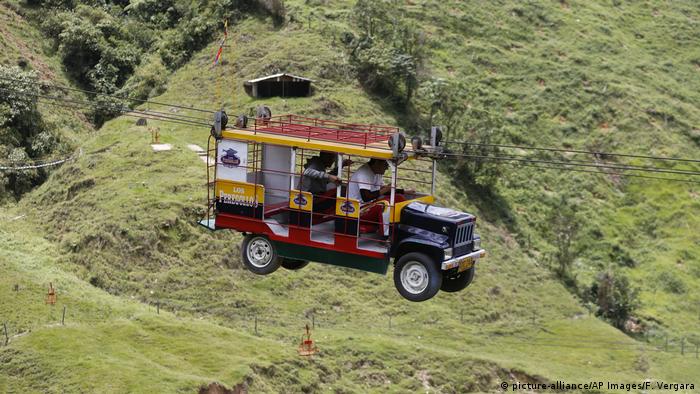 A boom depends on tourist infrastructure

A change of scene: the capital, Bogotá. Thomas Voigt also has faith in the boom. Voigt receives us in the office of the German-Colombian Chamber of Industry and Commerce, where he is senior manager. "Tourism has replaced mining as the biggest foreign currency earner," he says, but adds that there are two challenges: infrastructure, with enough good hotels and restaurants, and training all the personnel. "Cheap flights are certainly a great advantage, including those to the Caribbean island of San Andrés."  But there is still much to do where nautical tourism is concerned. "There are lovely Caribbean spots, but to date hardly any marinas." Voigt says that, in addition to companies with their own subsidiaries, such as Bosch and Lufthansa, German companies are increasingly looking for partners for branches in Colombia. DHL is well-represented: logistics firms are in demand when it comes to expanding tourism. And one niche has been filled: there is already a company that specializes in importing German beer.

In the conflict-ravaged Colombian city of Medellin, rappers have taken up urban farming to nourish their community and plant the seeds of peace. (11.05.2017)

3.5 million tourists in 2016: since Colombia has taken first steps on the road to peace, the home of world famous Latin American writer Gabriel García Márquez is becoming increasingly attractive as a travel destination. (14.03.2017)