After being battered by the COVID-19 pandemic, infections in Brazil are falling due to high vaccination rates. Some here are even hoping the country can hold its iconic Carnival again. But, experts urge caution. 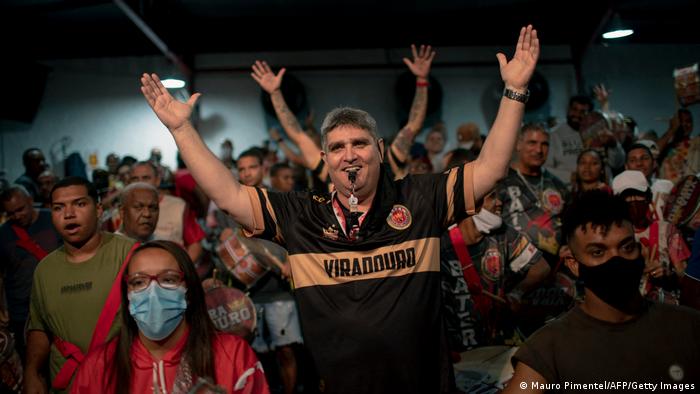 Brazil has vaccinated over 75% of its population at least once, the seven-day incidence rate has dropped to just 30 and some intensive care units (ICUs) in major cities don't have a single COVID-19 patient. All this comes at a time when Carnival celebrations are set to begin in February with pressure building on the government not to skip the iconic event after it was cancelled last year.

Brazil's fight against the coronavirus is impressive and it shows that countries like Germany can learn a lot from it about tackling the pandemic.  That's despite the fact that Brazil has been hit harder by the coronavirus than almost any other country, with more than 614,000 COVID-19 deaths — the third-highest death toll in the world after the US and India. 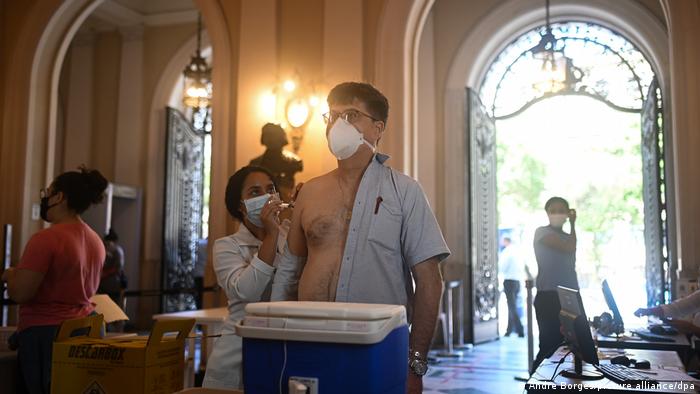 It's because of that painful experience that 58 cities in the state of Sao Paulo have now pulled the plug and canceled Carnival celebrations yet again over fear of COVID-19 outbreaks. They include Salvador, Botucatu, Sorocaba, and Poá e Suzano.

But many Brazilians are still hoping all is not lost. In Recife, Belo Horizonte and Rio De Janeiro, a newly created committee is to take a final decision in the next few weeks on whether to go ahead with celebrations for Brazil's annual highlight.

"In countries like Germany, the vaccine arrived very quickly and now there are problems getting it to all parts of the population. Here it was the opposite: We had no access to the vaccine in Brazil at first and then a population that wanted to be vaccinated as soon as possible," epidemiologist Ricardo Palacios said. "But we're watching the anti-vaccination protests in Europe with great concern, because they could present us with a new wave when they come to Brazil for Carnival."

More than two million tourists usually descend on Rio for the festivities, partying at close quarters. 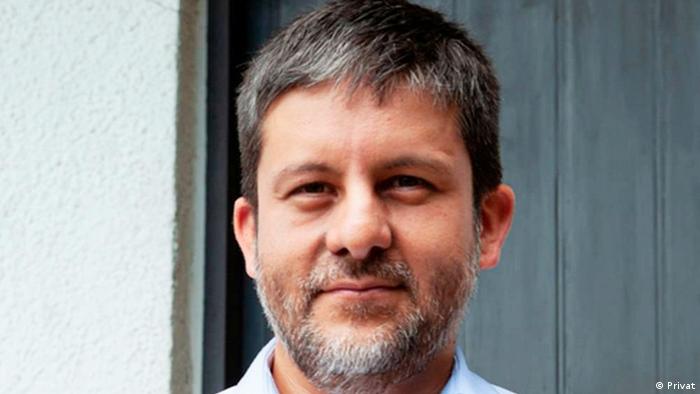 High trust levels in the vaccine

Palacios, who was born in Colombia, is one of Latin America's leading epidemiologists and is well known for his work at the Butantan Institute, a prominent, state-owned research center. Palacios also led the internationally acclaimed "Project S." The title refers to an experiment in the small town of Serrana in southern Brazil — population 45,000 At the beginning of the year, Serrana became the first town in the world to be completely vaccinated.

Now, the whole of Brazil is in the process of becoming a model — with a 98% rate for first-time vaccinations among adults in Sao Paulo and 95% in Rio. Moreover, neither of the two megacities have recorded a single COVID-19 death in days.

"Brazil has had a vaccination program for more than five decades that delivers an enviable amount of vaccines to the population," Palacios said. "Brazil's success has to do with government research facilities such as Butantan or Fiocruz on the one hand, and a population that trusts the vaccine on the other. And we have a society here that thinks more collectively, rather than individualistically, as is the case in Europe."

Brazil's vaccination success is all the more astonishing given that its 212 million inhabitants have one the world's biggest COVID-19 skeptics as their president, Jair Bolsonaro. He has downplayed the pandemic, he's said COVID-19 is a "sniffle," he's made fun of mask wearers and seriously claimed that vaccinations could turn people into crocodiles. The far-right president also blocked contracts with vaccine manufacturer Pfizer for months.

"Since the beginning of the pandemic, unfortunately, the coronavirus has been politicized here," said epidemiologist Julival Ribeiro. "We have made great improvements in vaccination in recent months but we also have a president and many authorities and doctors who still doubt the effectiveness of the vaccine," he said. 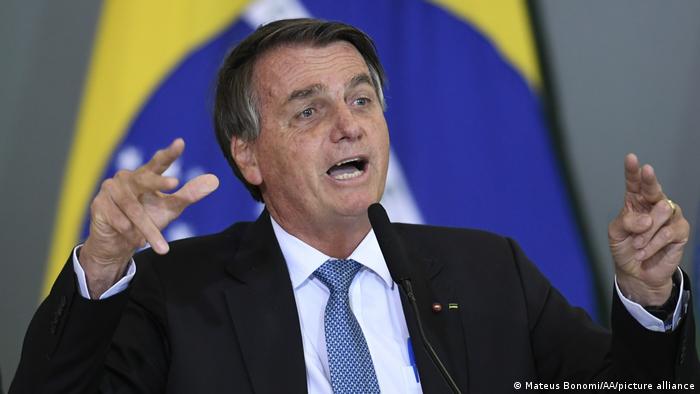 The epidemiologist works at the Brazilian Society of Infectious Diseases (SBI) and has been tirelessly fighting science deniers like Bolsonaro since the beginning of the pandemic.

Ribeiro seems to have won the battle: In Brazil, even theaters, museums and supermarkets are being converted into vaccination centers and roads are being closed for this purpose. With a death rate of one for every 350 inhabitants, almost every Brazilian has lost someone close to him or her. Ultimately, that has even led supporters of the president to now seek vaccination in droves.

"Now we need the vaccine to be quickly approved for 5-to-11-year-olds," Ribeiro said. Brazil, unlike Germany, has been planning booster vaccinations for a long time and problems with scheduling are unheard of.

Year after year, the country manages to vaccinate 80 million people against influenza in a record six weeks. But the epidemiologist nevertheless warns that Carnival should not be allowed to ruin the hard-won successes in the fight against the pandemic. 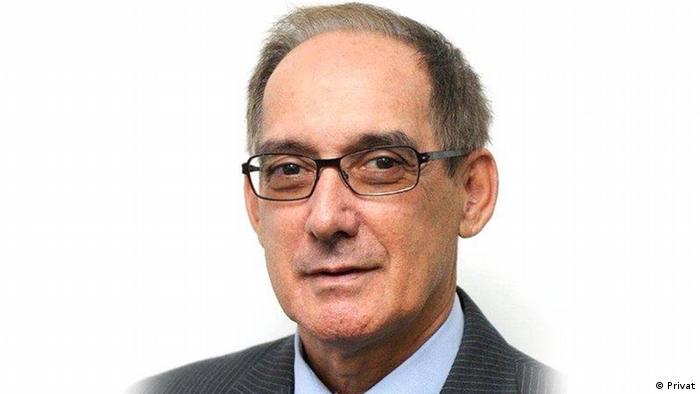 Party only if you're vaccinated

"As long as all the countries of this world do not understand pandemic control as a joint task, we will always have to respond to new waves of the coronavirus,” Ribeiro said. "My fear is that at some point a variant will emerge that can evade our vaccines. And then we'll have to start all over again."

The future of Rio's Carnival in 2022 is hanging by a thread, even if politicians like the city's health minister, Daniel Soranz, are determined to maintain hope. He recently announced the biggest carnival celebration in history.

But Soranz made one thing unmistakably clear: If the party actually takes place, every visitor will need something more than a costume — a vaccination certificate.