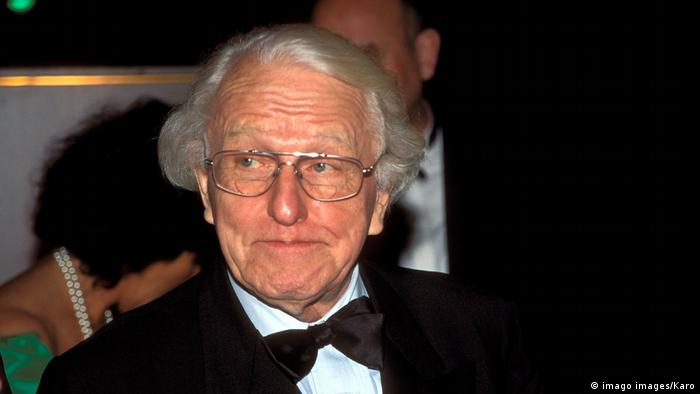 On August 31, 2008, the day after his 89th birthday, Wolfgang Wagner stepped down as director of the Bayreuth Festival. Of the preceding 99 seasons since the festival had been founded in 1876, he had been at the helm for 57. For 42 years he'd been solely responsible, after the untimely death of his brother Wieland in 1966. An astonishing 1,600 performances at the Bayreuth Festival had been mounted under Wolfgang Wagner's direction.

Born on August 30, 1919, the third child of Siegfried Wagner, son of the composer Richard Wagner, and his wife Winifred, Wolfgang Wagner grew up in the ambiance of the Bayreuth Festival.

Entering the Wehrmacht in 1939 during World War II, he was seriously wounded in Poland and released from military service the following year. Pursuing private music studies and assisting in stage direction, he submitted his first stage production in 1944, of Andreasnacht, an opera by his father. 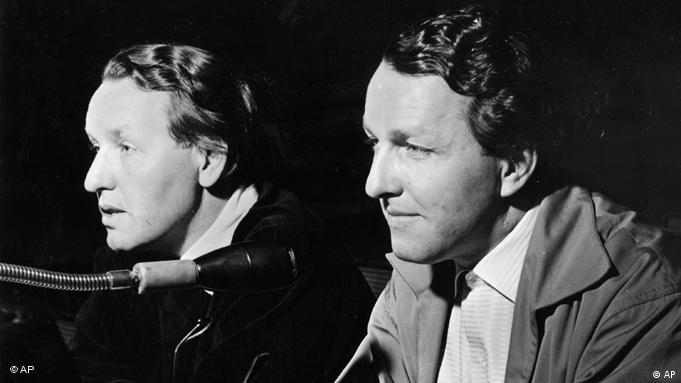 In 1951, just six years after the end of World War II, Wolfgang and his older brother Wieland Wagner successfully reestablished the festival that had been tainted by its association with Germany's Nazi past — an ideological proximity that had been promoted by the Wagner family itself.

"New Bayreuth," as they called it, was about liberating Richard Wagner and his works from ideological or cult associations — and making Bayreuth a premiere address for top-quality productions. In this, Wolfgang and Wieland Wagner coined the term "Workshop Bayreuth," a place where artistic ideas were not sacred but could be experimented with and improved upon.

After the Bayreuth Festival, which had belonged to the Wagner Family, was turned over to a foundation in 1973, Wolfgang Wagner signed a life-long contract as festival director. He was later made the sole proprietor of the Bayreuth Festival Company, charged with the business side of the festival. After his death, the company became the property of the local, regional and national governments and of a society of sponsors.

Wolfgang Wagner presented 12 of his own stagings in the festival theater and more elsewhere. But he is particularly acclaimed for opening the Bayreuth Festival up to other stage directors: Götz Friedrich, Patrice Chéreau (who directed the legendary Ring in 1976), Harry Kupfer, Heiner Müller (Tristan und Isolde, 1993) and Christoph Schlingensief (Parsifal, 2004). All of these stagings were at first controversial and later lauded as standard-setting.

The careers of many singers and conductors also were given a special push during Wagner's tenure in Bayreuth. "He not only wanted to discover, but also to nourish talent," as tenor Stephen Gould explained in an interview with DW. 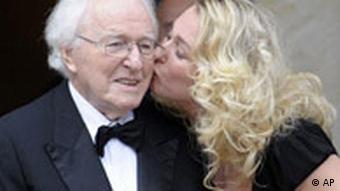 Passing the baton to the next generation: Wolfgang with daughter Katharina Wagner

A life for Bayreuth

The Bayreuth Festival was Wolfgang Wagner's life's work. A penny-pinching manager, he kept artists' fees low, promoting the image of Bayreuth as a place where everyone would want to work and motivating people to sacrifice for the privilege — but also delivering on that image.

He was considered a clever tactician, a diplomat, a theater visionary, a stubborn Franconian and a skilled craftsman who knew every trick of the trade. He also had the reputation of being a patriarch and an authoritarian whose stubbornness was often crowned by success.

Wolfgang Wagner's leadership style was described as autocratic. "Theater," he once said, "cannot be democratic." His sense of humor had a bite, and ever on the lookout for plots to threaten his authority, he could be cantankerous.

The quality he might have shared most with his composer grandfather however may have been his fine sense of public image and public relations, a quality that much benefited the Bayreuth Festival. 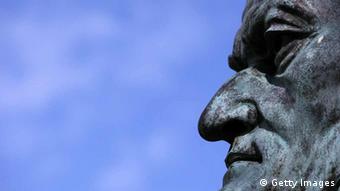 "Richard Wagner is the only star in Bayreuth," his grandson Wolfgang was wont to say

The search for a successor

In 2002, Wolfgang Wagner began a process of seeking his successor. That process dragged on for years until a solution was finally found: his two daughters, Eva Wagner-Pasquier and Katharina Wagner, would take over as co-directors beginning with the 2009 season. Eva Wagner-Pasquier later withdrew from the directorship.

At the commemorative event for Wolfgang Wagner on the eve of this year's Bayreuth Festival opening, the conductor Christian Thielemann remarked on how he, with Wagner's help, advice, and sometimes not-too-subtle directives, had to thoroughly relearn conducting technique to fit the requirements of the Bayreuth Festspielhaus, about which Wolfgang Wagner knew every detail. 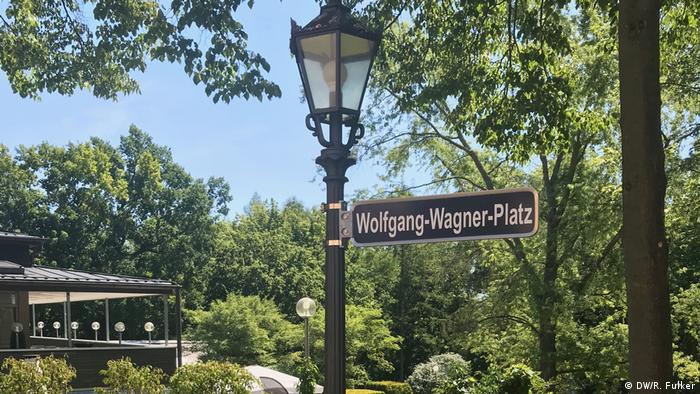 The area in front of the Festspielhaus is now appropriately named

On the "Green Hill," as the festival hall in Bayreuth in known, Wolfgang Wagner's presence remains palpable. As his daughter, festival director Katharina Wagner said in an interview with the Nordbayerischer Kurier, "There are certain places from which he would watch the performances every evening, and people still leave those little spaces empty."

At a commemorative event on the eve of this year's Bayreuth Festival, the resident orchestra was joined by Thielemann and by vocalists Günter Groissböck, Stephen Gould and Waltraud Meier — the latter giving a moving rendition of the "Love-Death" from Richard Wagner's Tristan und Isolde. An exhibition titled "The Principal" and surveying Wolfgang Wagner's life work opened on July 19 at the Wagner Museum in Bayreuth's House Wanfried and remains open until November 3.