Protesters in Hong Kong have defied police demonstration bans and taken to the streets. Police used tear gas on protesters at a number of locations across the city. 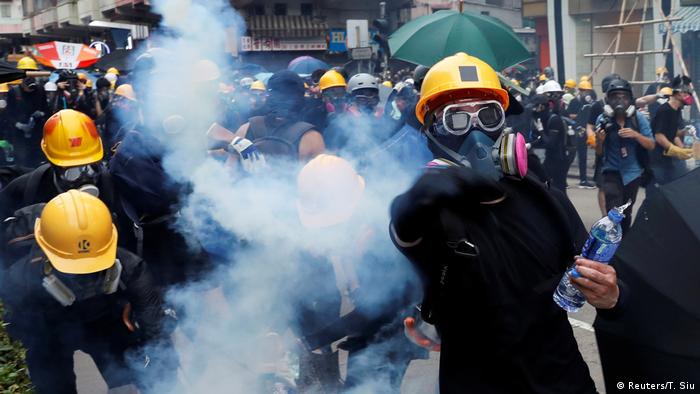 Police in Hong Kong used tear gas against thousands of protesters on Sunday as they held demonstrations for the 10th weekend in a row.

The protests followed a night of "hit-and-run" rallies across the city and came after Hong Kong's leader, Carrie Lam, maintained that she would not meet the demands of demonstrators, who are calling for her to step down.

Read more: Hong Kong protesters: 'We will stand together and never give up' 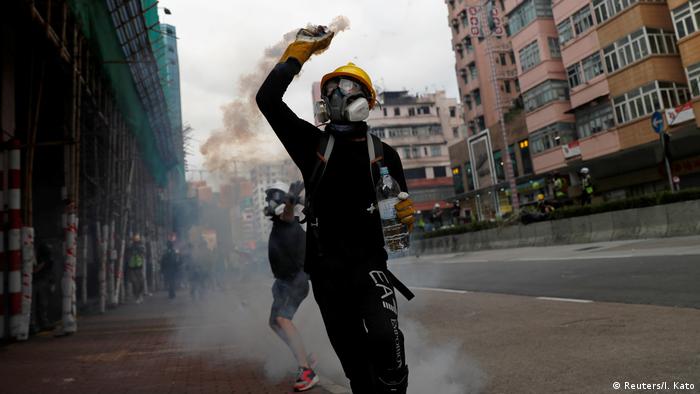 The clashes followed an earlier gathering in Victoria Park, where thousands of people protested against the government

Thousands of protesters met in the city's Victoria Park despite a police ban on the gathering.

Police also denied the protesters a permit for a second rally in the city's Sham Shui Po neighborhood.

Pro-democracy activists, whose protests are now in their third month, defied authorities in both locations, and staged additional actions in several other parts of the city.

Banners at the rally in Victoria Park read "Give Hong Kong back to us" and "Withdraw the evil law," the latter a reference to an extradition bill that was the original spark for the protests.

Police said protesters threw bricks at officers and ignored warnings to leave before tear gas was deployed in the Sham Shui Po area, calling a march there an "unauthorized assembly."

Tear gas was also used in central Hong Kong on both sides of Victoria Harbour, in the Tsim Sha Tsui area on the Kowloon side and in Wan Chai on Hong Kong Island.

In Sham Shui Po, protesters used metal fencing and plastic ties to make makeshift barricades and block the road near the local police station, shining blue lasers at the building as officers held up a flag warning the crowd to disband.

Demonstrators in Hong Kong should not underestimate China's "immense strength," a government official has warned. Unrest has reached new levels in recent days and punishment is "only a matter of time." (06.08.2019)