Mainland China celebrates its founding with a holiday and carefully choreographed festivities, but in Hong Kong, it is typically a day of dissent. People took to the street, ignoring warnings from authorities. 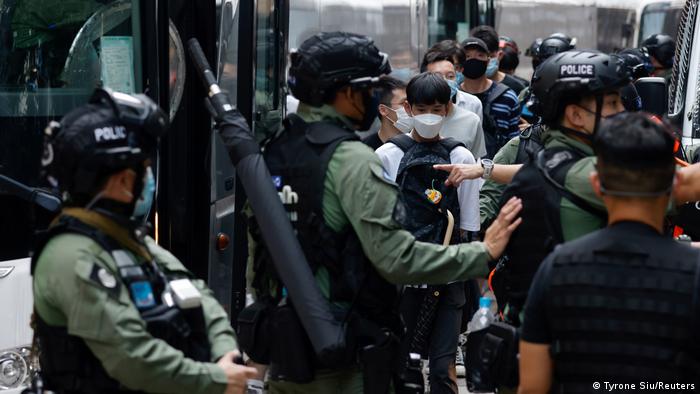 Police in Hong Kong arrested at least 60 protesters for "unlawful assembly" on Thursday. They had gathered for a demonstration, timed to coincide with China's National Day.

Two district councilors were among those arrested, police said in a statement posted on Facebook.

In Hong Kong, protesters typically use October 1 to draw attention to Beijing's increasing influence in the semi-autonomous territory. 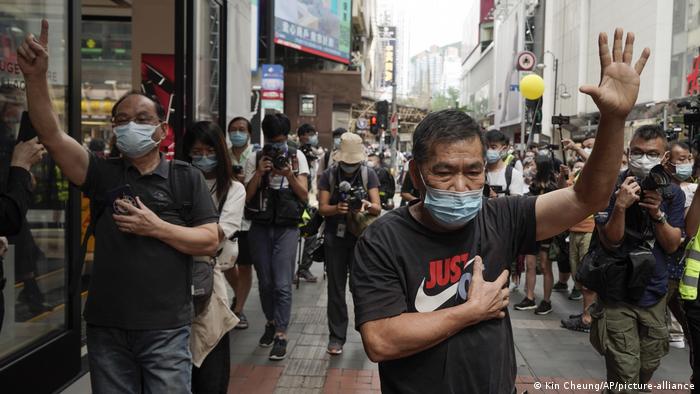 Protesters in Hong Kong marched, defying a ban from authorities

Crowds gathered at Hong Kong's Causeway Bay shopping district. Some people chanted slogans such as: "Disband the police," and "Liberate Hong Kong, Revolution of our time," — a popular pro-democracy slogan that has been banned by the Hong Kong government for alleged secessionist sentiments.

"In today's China, those who pursue freedom are suppressed while those doing the suppressing are in power," activist Lee Cheuk-yan told reporters.

There was a heavy police presence. Officers used banners to warn crowds that they were breaching the national security law with their protest chants.

Hong Kong news outlet HK01 reported that some protesters were handcuffed by police and taken away by coach.

Many protests were disbanded by police before they could form a group to start the march, according to DW's Hong Kong correspondent Phoebe Kong. Police stopped and searched people and several were deterred from taking to the streets.

"Even some peaceful protesters were immediately warned by police that they would be found in violation of the national security law," Kong said. "It is very difficult for people to initiate any kind of opposition on the ground."

Earlier Thursday, Hong Kong police reminded residents that violating the Public Order Ordinance carried a maximum penalty of five years' imprisonment, while rioting carries a penalty of up to 10 years.

Last year saw ongoing and violent anti-government protests that lasted for seven months in Hong Kong. Since then, China has enacted a controversial security law that critics say is intended to crackdown on dissent.

The arrests on Thursday took place as Hong Kong Chief Executive Carrie Lam told a National Day reception that "stability has been restored to society while national security has been safeguarded" in Hong Kong.