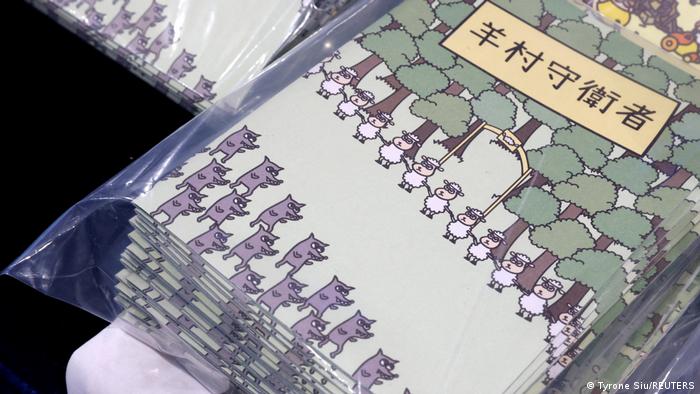 A Hong Kong court on Saturday sentenced five speech therapists to 19 months in prison for their role in publishing children's books deemed seditious.

The picture book series, which began in 2020 to explain the Hong Kong's democracy movement to children, portrayed the city's pro-democracy activists as sheep defending their village from wolves.

The judge said the books were "a brainwashing exercise" and there was clear evidence of fear, hatred and discontent being instilled in children's minds.

The group of the speech therapists joins a growing list of Hong Kong residents jailed over a colonial-era sedition law that authorities used alongside a national security law Beijing introduced in 2020 to stamp out dissent.

Three of them struck a defiant tone during Saturday's sentencing hearing. Melody Yeung told the court she has no regrets about her decisions and hopes to always stand by the sheep.

"My only regret is I couldn't publish more picture books before getting arrested," she said.

The convicts, all in their 20s and members of a speech therapists' union, have been awaiting sentencing behind bars for over a year.

Therefore, the group could be released within 31 days after deductions for time served, one of their lawyers estimated.

Hong Kong was a bastion of free expression within China and home to a vibrant and open publishing industry.

Beijing unleashed a full-scale political crackdown on the city three years ago in response to huge and sometimes violent pro-democracy protests.

Ronson Chan, chairman of the Hong Kong Journalists' Association, was also arrested in recent days for allegedly refusing to provide identification while reporting a news story about housing.