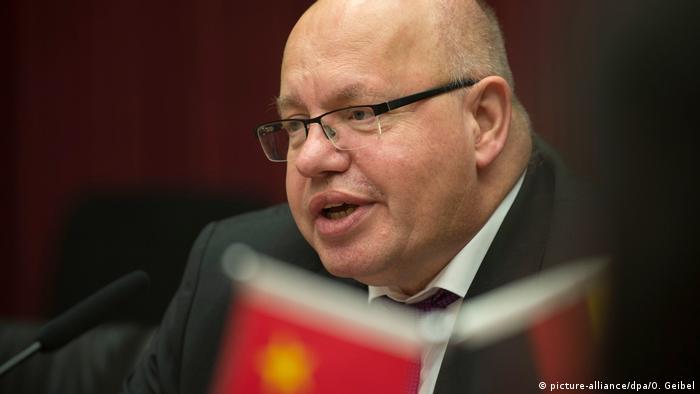 "It has always been the policy of the Western international community, including the EU, that international trade relations cannot be based solely on how democratic a country is," Altmaier told national newspaper Frankfurter Allgemeine Zeitung.

"We have never done that," he stressed, adding this was not even official policy in the times of Willy Brandt or Joschka Fischer – Germany's former Social Democratic chancellor and Green party foreign minister respectively.

With regard to Sino-German relations, Berlin has long adhered to the principle of "change through trade" ("Wandel durch Handel" in German), hoping that increased business ties may lead to more democratic structures in China.

What does China's security law mean for Hong Kong?

The bill sparked a wave of criticism and concern on the part of several world leaders, including the European Union chiefs. Critics fear it will quash dissent and jeopardize Hong Kong's special status within China.

Chinese authorities have defended the law, saying it is a necessary measure in response to the turbulent, sometimes violent, pro-democracy protests in 2019 and to prevent similar protests in future.

The protection of, and adherence to human rights remained the government's highest priority, and this also applied to China, Altmaier stressed.

"I'm not the world's headteacher of morality, but I am convinced that countries like China will only be successful in the long term if fundamental principles of the rule of law are guaranteed."

Germany plans to hold talks with German businesses in Hong Kong. "We should help ensure that these companies as well as their employees – regardless of nationality – are not at risk," the economy minister said.

The German government has invited China's ambassador, Wu Ken, to the Foreign Ministry for discussions on Friday.