Campaigner Joshua Wong was one of the top candidates from the unofficial primaries held by the pro-democracy parties. However, he fears he may be disqualified from running under Beijing's new controversial security law. 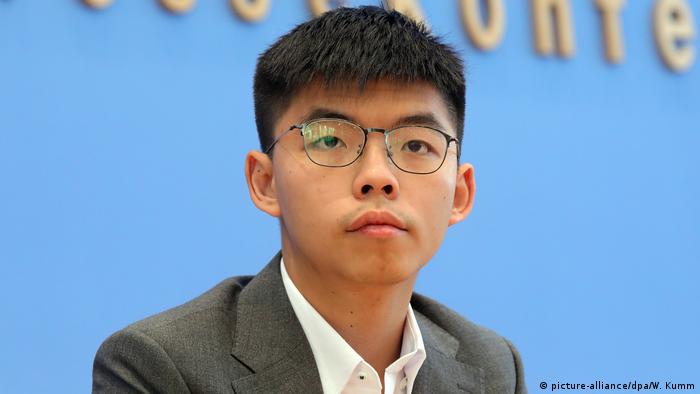 Pro-democracy activist Joshua Wong announced on Monday that he would run for a seat in the upcoming Legislative Council elections in Hong Kong, where a new national security law that restricts civil liberties could prevent opposition candidates from taking seats.

Wong made the announcement on Twitter, where he said he had received over 30,000 votes in recent primary elections.

"Our votes are our voice under China's crackdown," he wrote.

Wong was one of the top candidates to emerge from unofficial primaries held by the pro-democracy camp. It aims to win a majority of seats in the 70-seat legislature in the September election.

The vote on September 6 will see the democratic opposition try to reclaim some political influence in a city assembly primarily filled with loyalists to mainland China. Only half the legislature's seats are directly elected.

Political analysts expect that authorities will try to disqualify some of the candidates, potentially including Wong, citing the national security law that Beijing imposed on the semi-autonomous territory in June.

'Choose not to kowtow'

According to the group Civil Rights Observer, over the past four years, authorities have barred 18 pro-democracy candidates, including Wong, from running in local elections.

In 2017, four pro-democracy lawmakers, including recently self-exiled Nathan Law, were unseated after a court found that they had not taken their oaths and pledged allegiance to Beijing appropriately.

Beijing says the unofficial primaries were illegal and may have  violated the security law, which bans secessionist, subversive and terrorist acts, as well as collusion with foreign forces with the aim of intervening in Hong Kong's affairs. The law also states that anyone convicted of endangering national security will be disqualified from running in city elections or holding public office.

Wong, 23, has been jailed twice for participating in pro-democracy protests. He also regularly openly criticizes China's tightening grip on the city and often meets with lawmakers and politicians from abroad. He says he supports the idea of a non-binding referendum to give people a say over Hong Kong's future.