Holy rock or political stumbling block? | World| Breaking news and perspectives from around the globe | DW | 03.08.2012

An art installation in Berlin's Tiergarten park is causing friction between Germany and Venezuela. Caracas is demanding the return of a large rock which is a centerpiece of the "Global Stone Project." 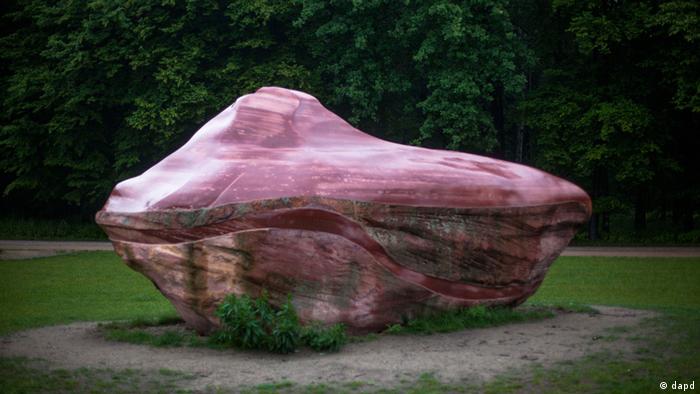 It's a difficult dilemma, involving a massive rose-colored stone. The story began when the artist Wolfgang Kraker von Schwarzenfeld had five pieces of stone brought over from five different continents for his installation in the Tiergarten public park in Berlin.

He sculpted and polished the rocks before positioning them in the park to create an annual, global event. Every 21 June - Midsummer's Day - each stone reflects the sunlight in the direction of a "partner stone" erected in its country of origin. The first stone the sculptor brought to Berlin is dedicated to "Love" - and ironically it's this stone that has become the focus of an international quarrel.

So what happened? At the end of 1998 Kraker von Schwarzenfeld travelled to Venezuela, "completely without a concept," as he himself admits. There he spoke to the director of a museum about his idea for a "Global Stone Project," and was eventually put in touch with the director of the Venezuelan national parks authority. 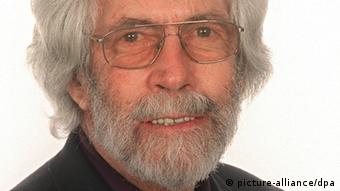 Kraker von Schwarzenfeld says that from that point on he simply followed the suggestion he was given. This was to arrange for a slab of stone to be extracted from the Canaima National Park in the southwest of Venezuela. "That's how I got the stone from the Gran Sabana," he says.

However, this region of Venezuela is also home to the Pemón, a tribe of indigenous people, and the German artist had no idea of the complications that were to follow. A few months later, in early 1999, Kraker von Schwarzenfeld obtained both a deed of gift and an approval certificate from the Venezuelan environmental authorities, and the stone was shipped off to Berlin.

Victim of a misunderstanding?

But things were changing in Venezuela. Hugo Chávez had just been elected - the first ever president from an indigenous background. In 2003 he had the constitution changed to protect the rights of indigenous people, and in the same year he demanded the return of the stone, which the Pemón refer to as "Kueka."

Kraker von Schwarzenfeld found himself accused of taking the stone out of the country illegally. Not only that: it was also said to be of great religious importance, a holy artefact that had to be returned to its original site. The president of the Institute for Cultural Heritage in Caracas, Raúl Grioni, accused the artist of having breached both environmental protection guidelines and the holy cult of the Pemón tribe. The deed of gift was also declared invalid, on the grounds that the official who issued it had no authority to do so. The public prosecutor in Caracas charged Kraker von Schwarzenfeld with a "serious instance of smuggling." 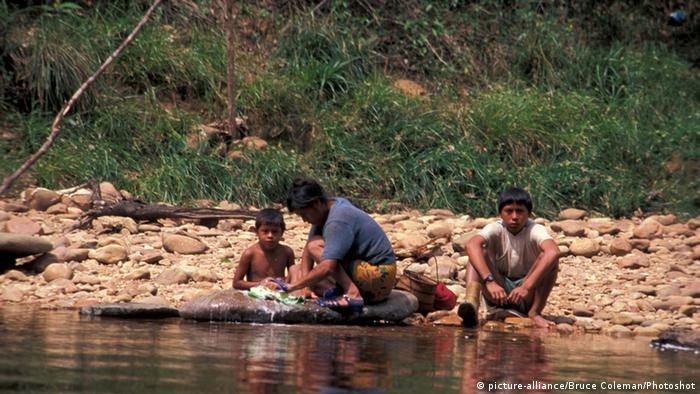 The artist, however, regards himself as the victim of a series of misunderstandings that began 13 years ago with the transfer of the stone. Back then, the truck carrying it happened to be stopped by a road block, set up, he says, by environmental activists - not, as one might imagine, by people from the Pemón tribe. Kraker von Schwarzenfeld recalls that these activists "couldn't believe that there could be a permit allowing the removal of a 30-ton slab of stone from the park's conservation area. So they simply claimed that the stone was stolen."

What the artist says he is sure of is that the stone would never have been chosen if it had had any special - let alone religious - significance. Bruno Illius is an ethnologist who has worked in the field of religion for 20 years. He supports Kraker von Schwarzenfeld. "It was the press stories that made the stone important," he says. "After that it became mythical, then holy, and finally a 'god stone'." According to Illius, there are no gods in the Pemón tradition. The closest they have to gods are mythical heroes - but he says that the stone would not represent one of these. Illius considers the demand for the return of the stone to be an act of propaganda in the run-up to the Venezuelan elections in October. 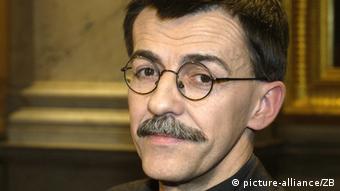 Bruno Illius: "Demanding the return of the stone is political propaganda"

It appears that, in the debate about the giant slab of stone, politics and mythology are getting mixed up to such an extent that it is difficult to keep them apart - or to work out who is exploiting which arguments to what ends.

The former German ambassador in Caracas, Georg Clemens Dick, has recommended that both sides should take a step back from their own positions and try to see things from the other side's perspective, regardless of the legal rights and wrongs of the matter. At the Foreign Office in Berlin, which is also investigating the matter, Dick is seen as a possible mediator. It is hoped that a solution to the conflict can be reached if politics are taken out of the equation.

Should the Venezuelan government indeed offer to pay for the return costs of the Kueka and the provision of a replacement, as it has indicated it might, Germany and the artist would have to respect the decision. But 79-year-old Kraker von Schwarzenfeld says he feels that he will lose out whatever happens, because of the long-drawn-out dispute. He sees his life's work as being under threat. "I've spent 15 years on this project, and invested all my savings in it," he says. Despite his advanced age, he would be prepared to sculpt a replacement stone from North or South America, if someone were to pay for this, as he could not finance the work himself.

Kraker von Schwarzenfeld said he is sorry about all the bickering that has surrounded the stone. After all, he says, the quarrel is not really about the stone itself but about the rights of the indigenous people of Venezuela - something only the Venezuelan government and its people can address.

South America's main trade bloc has welcomed Venezuela into its fold. But Caracas' membership could sow internal divisions within the organization. (01.08.2012)

Ten's of thousands of Venezuelan's have taken to the streets in a show of support as President Hugo Chavez launched his re-election bid. It was his biggest rally since he was diagnosed with cancer a year ago. (12.06.2012)

Latin America has cause to celebrate. This year, countries on both continents will be observing the bicentennial of their independence from Spain. DW is presenting a special series to mark the occasion. (19.03.2010)