Hollywood agents are increasingly peeking between the covers of large book fairs in search of potential big screen blockbusters. 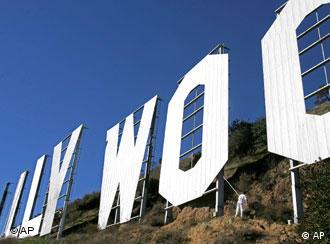 Before a potentially hot novel has a chance to show up on the shelves of local bookstores, an even sweeter film deal could be in the works. In recent years, the Frankfurt Book Fair has tried to position itself as a place where movie deals are made.

"We want to bring together two worlds that do not know each other very well yet," said Anna-Katharina Werdnik, head of the book fair's film and television division. "We knew there was demand on both sides."

"Harry Potter," "The Lord of the Rings" and "The Devil Wears Prada" are just three examples of hit movies adapted from books. Linking popular authors to movie deals means a built-in audience for the films as well as new readers in the future when the movie becomes a hit.

The Frankfurt Book Fair, the publishing industry's largest annual gathering, wrapped up Sunday. The five-day fair brought in 286,621 visitors and had more than 7,000 exhibitors from 113 countries.

Linking to the silver screen 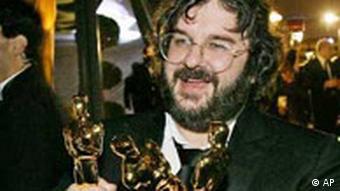 While the fair has long acted as a crucial link between authors and publishers, adding Hollywood to the mix started relatively recently. The fair had a Film and TV Forum, which experienced a 30 percent increase in traffic this year. Werdnik said she sees an enormous potential for the forum's growth.

"We are offering a special place for publishing houses and film studios to get together," she said.

The focus on films has brought a touch of glamour to the 58-year-old Frankfurt Book Fair. Canadian director Atom Egoyan came to Frankfurt to accept the fair's prize for best film adaptation for his thriller "Where the Truth Lies," starring Kevin Bacon and Colin Firth. The drama was based on a novel by Rupert Holmes.

French filmmaker Luc Besson was at the fair to promote his animated feature "Arthur and the Invisibles," which is based on a four-volume book he wrote himself. Besson said he was encouraged to see cinema playing a bigger role at the fair.

"Books and films can help each other -- they are not enemies," he said. 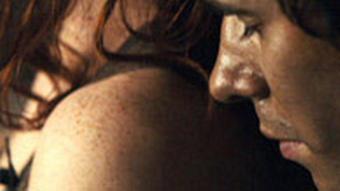 The recent blockbuster "Perfume" was adapted from a popular novel

Both authors and filmmakers said they realize good books have potential beyond the written page. Besson cited the example of "Perfume," a German bestseller by Patrick Süskind, which has sold more than 150 million copies since it was published in 1985. A blockbuster film recently revived the murder mystery. "Perfume" was screened during the fair as an example of the synergies that can exist between the two formats.

Since 2001, the Frankfurt fair has cooperated with the Berlin International Film Festival by hosting a "Berlinale Day."

Sonya Heinen, who runs the co-production market at the Berlinale, said the Frankfurt Book Fair helps with networking and its topical seminars.

"We are concentrating on practical aspects of deal-making, such as ways to acquire book options or how to help publishing houses sell their synopses," she said.

Read DW-WORLD.DE's collections of news stories and features on this year's fair.

Big German, British and American publishers rent bookstore-size spaces at the Frankfurt Book Fair. Small publishers, though, have a tough time paying the high fees. They have to be inventive. (08.10.2006)