Holland in the heart of Germany

With its red-brick houses with white window frames, the Dutch Quarter provides a unique example of Dutch architectural design - just outside the German capital. 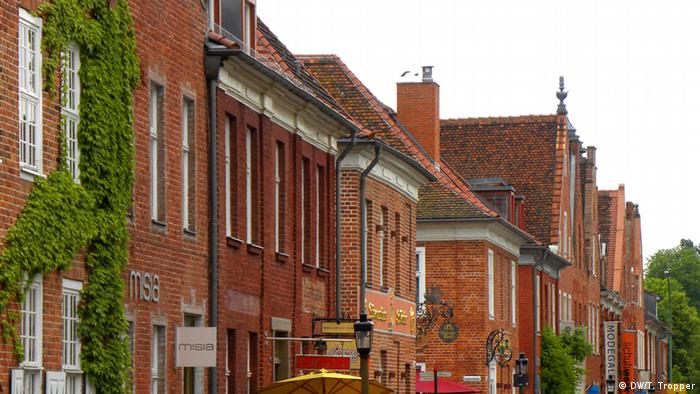 The red-brick clinker houses brace themselves shoulder-to-shoulder against the wind; their belfries stretch up to the cloud-covered June sky. Their frugal design adds to the atmosphere in this tiny Dutch enclave amidst all the ostentatious Prussian buildings in Potsdam.

Tourists saunter through the narrow lanes, attempting to capture the atmosphere on camera. As the rain clouds suddenly burst, they seek shelter in one of the many traditional Dutch-style cafes offering Koffie and Poffertjes - coffee and a small pastry that's similar to a pancake.

The rain doesn't bother Hans Göbel. Making his way through the Dutch Quarter, he's happy to stop and chat with local gallery owners. As chairman of the Association for the Promotion of Dutch Culture in Potsdam, he knows the Dutch Quarter better than most.

"The Prussians constructed it with a typical German thoroughness," explained Göbel. "You won't find a residential area built so consistently to the style of this period - even in Holland." 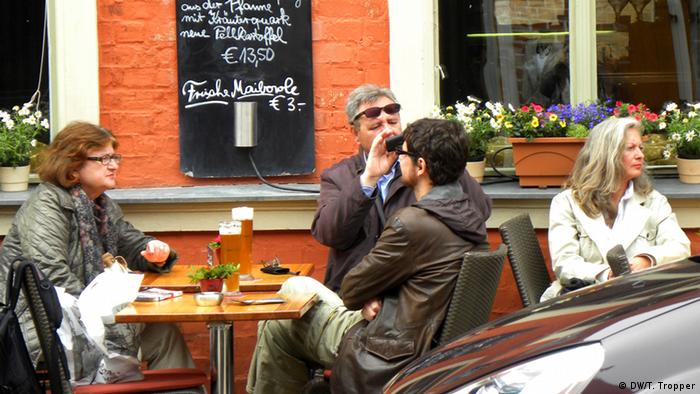 The Dutch Quarter, where you can find "Koffie" and "Poffertjes," is a favorite among tourists

The architect of the Quarter was Dutchman Jan Bouman. In the mid-18th century, he was commissioned by Prussian King Friedrich Wilhelm I to drain the local marshes and erect a Dutch-style residential area. Dutch craftsmen - some of the best in Europe - were enlisted to work on the project.

Although the craftsmen were promised that they would be given the houses upon completion, the strategy failed. The specialists from Holland didn't come in the droves that had been expected. French and Prussian trade representatives, as well as soldiers and artists, were drafted instead.

The atmosphere in the Dutch Quarter has remained international even today. Italian cuisine, German craftwork and French boutiques can all be found there. A range of Dutch beers are served in the old local pubs. "People here like to drink Dutch beers," said one landlord, grinning, "and it's not just the tourists, but the locals too." 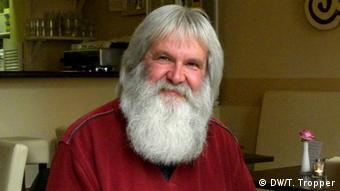 Today, around 1,000 people live in the 134 houses. Hans Göbel fell for the charm of the area over a quarter of a century ago.

"I was simply taken with the flair of the Dutch Quarter," he said. He and his family moved to Potsdam in the mid-1980s. He began renovating one of the houses in the Mittelstrasse as one of the first residents to do so.

When Germany was divided between East and West, almost all of the houses in the area were dilapidated and plans were made to demolish them. But dedicated residents managed to put a stop to that.

Following German reunification in 1990, the majority of the houses were restored according to strict requirements. Every house was under a preservation order and listed as being of historical interest. This meant that their appearance could not be altered in any fundamental way. In addition, the general appearance of the Quarter had to be preserved.

It was an exciting challenge for Hans Göbel. As director of planning, he took care of the buildings at the University of Potsdam during the day, only to return in the evening to the reconstruction work on his own home. Today, nearly all of the houses in the Dutch Quarter have been restored. 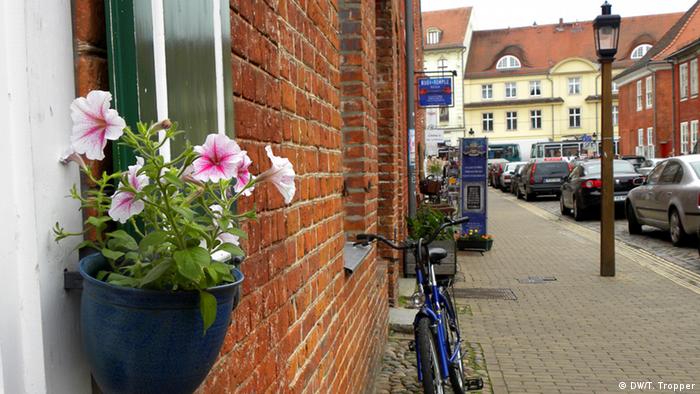 A museum and lots of festivals

One of the houses gives visitors an authentic impression of how life looked in the 18th century. The Jan Bouman House in the center of the Quarter, which houses the Dutch culture association, is now a museum. Alongside an exhibition on the history of the Dutch Quarter, there are lavishly designed rooms filled with period furniture and household items: a large open fire, a large weaving loom and a coal-burning oven.

Tourists love the Dutch Quarter. Tens of thousands of them come to the Potsdam Annual Tulip Festival in April alone.

"It's really happening here," explained Göbel, his eyes twinkling. "We've got traditional music, flowers and all the cheese you could ever want. The full program." Thus fulfilling the wish of the grandfather of the Quarter. Upon invitation from the culture association, busloads of visitors from Holland come to the Quarter now and then and, for a short time at least, it's finally fully of Dutch people.

Take a stroll with us on the Museum Island in Berlin

Museum Island in the heart of Berlin is a complex of five museums built on an island in the River Spree over the course of 130 years. Since 1999, the architectural ensemble has been a UNESCO World Heritage Site. (11.06.2012)

Travelling in style on the Romantic Road from Würzburg to Füssen

The Romantic Road was a marketing idea from the 1950s: a route from Würzburg to Füssen with sightseeing opportunities along the way. Tourists who come to Germany are familiar with it, but does the idea still work? (23.04.2012)

Frankfurt is the first port of call for many visitors to Germany – thanks largely to its airport, a major hub. But the city is certainly worth exploring in its own right, for its architecture, history and museums. (31.07.2012)