They formed the charming backdrop to Graham Greene's sin-filled Saigon in "The Quiet American," but the colonial-era buildings of Vietnam's biggest city are disappearing quickly. 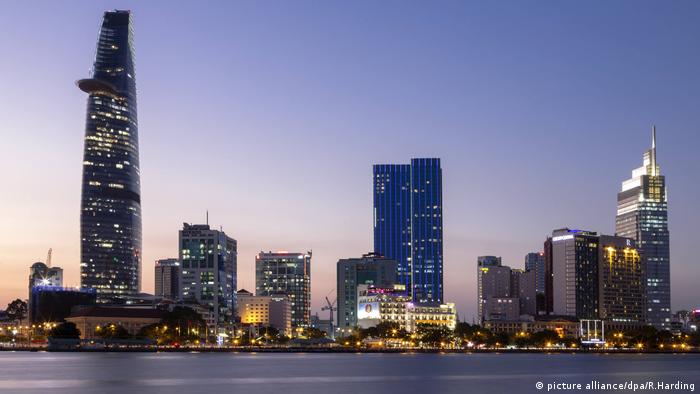 Any visitor to Ho Chi Minh City, as Saigon is now known, cannot help but notice the construction cranes dotting an increasingly crowded skyline. They are the most visible symbols of one of Asia's fastest growing economies. But like many locals, office worker Tran Trong Vu is dismayed the city's gleaming new look is so often at the expense of its colonial-era architecture. "They have cultural value, so we should preserve them, not replace them with high-rise buildings," he told. 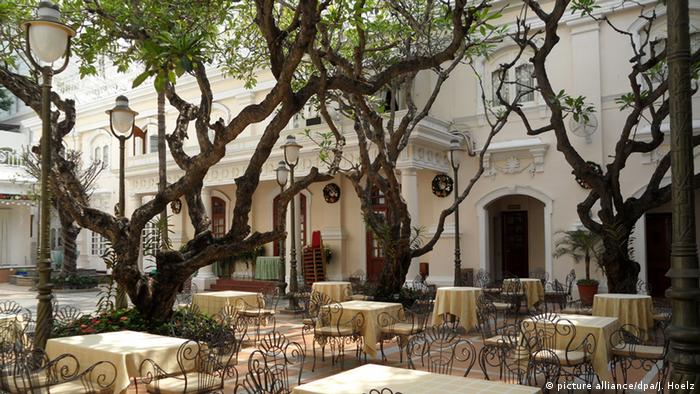 Others are concerned the demolition of its famed French architectural gems will render Ho Chi Minh City indistinguishable from other Asian megacities. "In the 1960s and 1970s it was very much French, but now it's very Americanized, McDonald's on every corner," said Hiep Nguyen, born in Ho City Minh City and author of several books on its architectural history.  "A streetscape without a story has no value," he added.

An easy game for investors

Much of the demolition is happening in the city's rapidly-developing downtown core, to keep apace with a mushrooming young population hungry for modernity and to feed the demand for more housing and office space. But those aren't the only needs being fed, says Nguyen. "The key is money, the key is interest groups," he told.

Developers with deep pockets have scooped up swathes of land in the city center, with privately-owned old villas or historic municipal buildings replaced by sprawling construction zones. The most recent demolition to spark ire from conservationists is the Ba Son shipyard, Saigon's oldest and most important maritime heritage site, on the banks of the Saigon River. 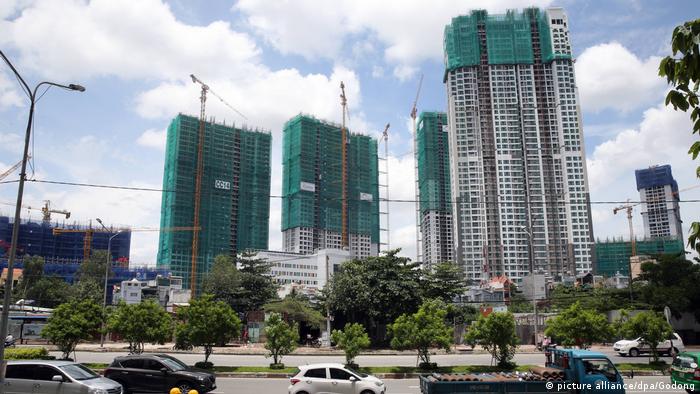 It is now being developed into a series of high-rise towers by Vincom Group, owned by the country's richest man, Pham Nhat Vuong, dubbed the "Donald Trump of Vietnam."

City officials have inventoried more than 1,000 buildings constructed by the French when they ruled the country from 1887 to 1954 remain today, including the famed Opera House, Post Office and Notre Dame Cathedral - all must-sees on city tours today.

A few of the old haunts on Rue Catinat frequented by Greene remain, but the street is now called Dong Khoi and also features Hermès and Chanel boutiques for the city's growing number of high-rollers. 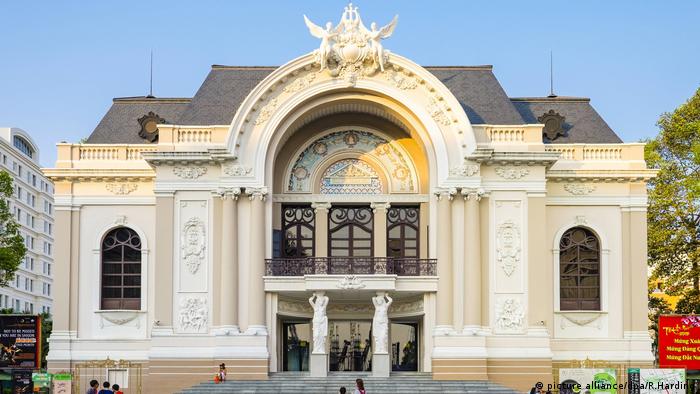 Soon a rare sight? The Saigon Opera House, opened in 1899

There is no comprehensive survey of how many buildings have been demolished. But in one central district, some 50 percent of French villas have gone down since 1993, according to Fanny Quertamp, the co-director of the urban development organisation PADDI.

The breakneck pace of destruction has prompted some to leap into action. Former video game developer and conservation buff Daniel Caune is creating a mobile app called "Heritage Go" for city residents and tourists. The app, which is still in development, will ask users to hold their phones up to colonial-era buildings, and aims to automatically generating images of the edifice in eras past.

"It's to make people conscious of their heritage," said Caune, who helps to runs the Heritage Observatory website dedicated to archiving colonial-era buildings in Vietnam. 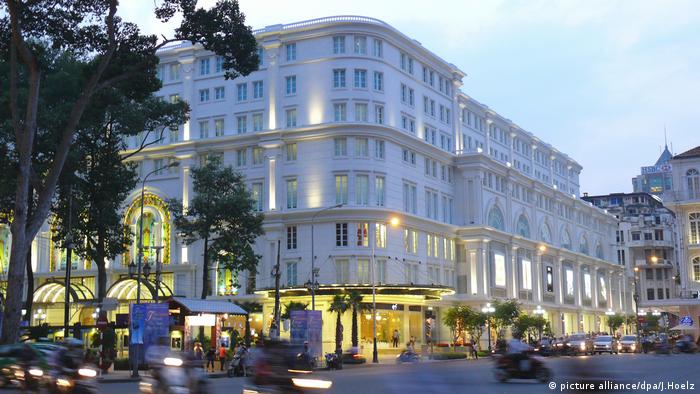 City officials are now writing a nine-point plan to classify buildings and mark some for protection, but admit such a huge task could take years to be implemented.

"Pressure for economic development is very high," said Tuan Anh Nguyen, deputy head of the architecture research center in Ho Chi Minh City's planning department. He said many developers who scoop up precious downtown land do not value historic buildings, adding that he would like to see the structures incorporated into development plans, as has happened in Old Montreal (Canada), for example.

The irony of history

The destruction in Ho Chi Minh City comes as developers have built a replica French medieval village in the tourist hub of Da Nang, drawing foreign and local tourists keen for a slice of history. The city risks losing the millions of tourists that stop into the city every year to soak in its colonial charm, said architect Ngo Viet Nam Son. "It's like losing the chicken that gives the golden egg."

More than 40 years after the end of the war in the southeast Asian country, Vietnamese vendors are selling prints of old propaganda posters to tourists. (19.04.2017)

Film sets from the 2017 Hollywood action movie "Kong: Skull Island" are set to be soon opened up to the public and tourists at their remote Vietnamese locations. (11.04.2017)