COVID vaccines developed quickly — is a vaccine for HIV next? | Science | In-depth reporting on science and technology | DW | 18.07.2021

COVID vaccines developed quickly — is a vaccine for HIV next? 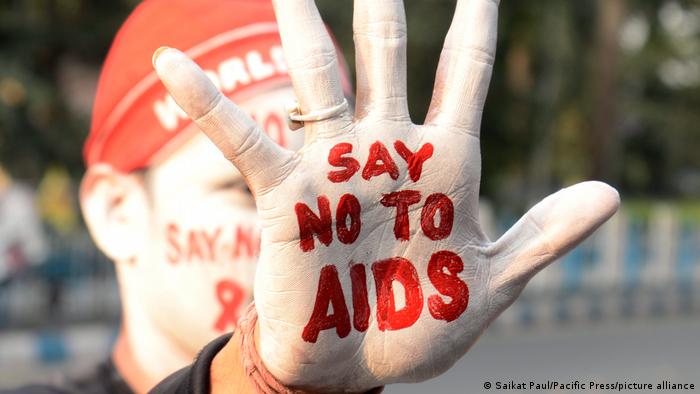 It is a search that has so far eluded scientists for 40 years: Finding a safe and effective vaccine to protect people from HIV.

Not a single HIV vaccine has made it beyond Phase III clinical testing in 37 years of research. In comparison to COVID-19, that timeline seems baffling.

Over the last 18 months, more than 32 COVID vaccines have made it to Phase III clinical trials, eight have so far been approved and manufactured, and another 90 are in the Phase I and II pipeline.

"When there's the political will, there is funding and resources," said Hendrik Streeck, virologist and director of the German Center of HIV & AIDS. "And that means there's the ability to be much faster," he told DW.

Although HIV vaccine researchers have so far been unsuccessful, it's not for lack of trying.

More than 400 HIV vaccine candidates have been tested in Phase I clinical trials, even if only  five large-scale Phase III trials have been carried out — each at a cost of more than $100 million.

The world may have firmly turned its attention — and funds — toward finding a vaccine for COVID-19 since the outbreak began in December 2019, but the difference in these timelines is not just about politics and money, Streeck said.

It also has to do with the unique composition of both viruses.

"SARS-CoV-2 [the virus causing COVID] and HIV cannot be compared in terms of structure and complexity," Streeck told DW. The human immunosuppressive virus (HIV) is "a completely different virus," he said. 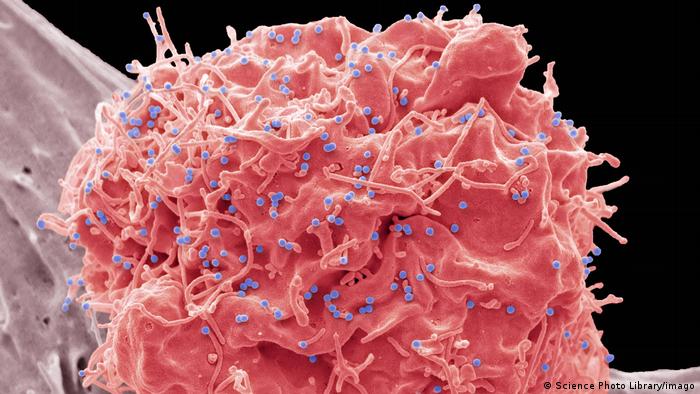 Unlike SARS-CoV-2, which is a very stable virus, the human immunosuppressive virus (HIV) is extremely variable — it's  constantly mutating. That makes it very difficult for HIV-infected people’s immune systems to make the right antibodies to fend off the virus, as it's usually a step ahead of any response in the body. There are thousands upon thousands of HIV strains circulating in the global population. The HIV genome also integrates into the body's DNA, effectively making itself invisible to the immune system.

They also make it very difficult to design a broadly effective vaccine.

Most vaccines work by stimulating 'neutralizing antibodies', which are proteins that attack unwanted invaders in the body. But when the target of that attack is constantly changing its appearance, it's very hard to capture.

"Science and the globe have been very fortunate that SARS-CoV-2 is an easy target for vaccines," said Jonathan Weber, dean of medicine at Imperial College London and long-term HIV researcher.

All of the methods that vaccine developers have trialed to make a vaccine for COVID — including viral vector, mRNA, and adenovirus — "all of them have worked," Weber said.

"With HIV, the opposite is true. We've tried all those different techniques and none have protected against HIV in an effective way," he said.

Trials of HIV vaccines also tend to take much longer because, at the same time researchers want to test whether the vaccines they develop can prevent people from being infected with HIV, they're also actively helping prevent infections with pre-exposure prophylaxis (PrEP).

To date, only one HIV vaccine, called Uhambo, showed partial protection in human trials, but it was not effective in a recent large trial in South Africa.

Two other large trials, called PrEPVacc and Mosaico are currently underway. Both are using a combination approach to vaccination.

Mosaico is based on an adenovirus vaccine followed by a booster that contains a 'mosaic' of proteins from multiple HIV strains. This is similar to the Johnson and Johnson, Oxford-AstraZeneca and Russian Sputnik COVID-19 vaccines.

Streeck, who's research team is involved in supporting the Mosaico trial in Europe and North and South America, says the researchers are "cautiously optimistic" after the vaccine showed promising results in animal testing. The researchers expect to have results within the next month.

PrepVacc uses HIV-DNA, a live viral vector and a protein. Researchers from the African-led, European-supported trial plan to enroll around 2000 HIV-negative volunteers.

Weber's team is leading the trial, currently being carried out in South Africa, Tanzania and Uganda. Although it began in 2018, progress has been "massively delayed by COVID" he said, and, so far, only about 300 participants have been signed up. "We think we'll have to run this study until early 2024 to get reliable results on whether the vaccine is effective," Weber told DW. 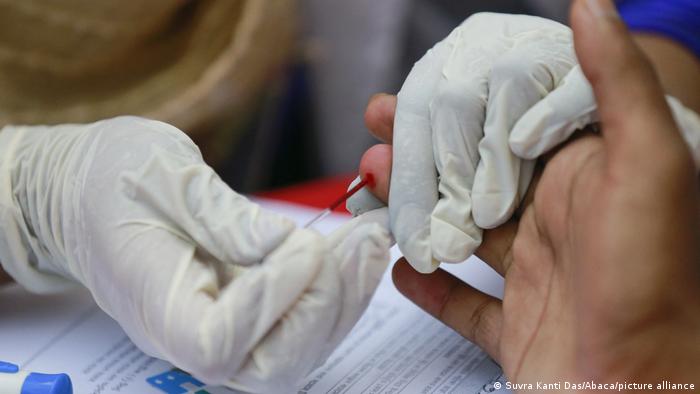 Although researchers need infected people to test whether a vaccine works, it isn't ethical to increase someone's risk to HIV and this slows down clinical trials

Meanwhile, vaccine-giant Moderna is working on two mRNA HIV vaccine possibilities. The first, called mRNA-1644, is expected to begin Phase I trials at the end of 2021.

The second, known as mRNA-1574, is being researched in collaboration with the National Institutes of Health (NIH) in the US. Researchers working on this second mRNA vaccine type have so far seen some promising results in monkeys, said Peng Zhang, immunologist from the National Health Institute in the United States.

"The preliminary results were very exciting. We tested different strains from different regions, from South Africa, Asia and America, and they were all neutralized by the monkeys receiving the vaccine," he told DW. The mRNA approach has been used by Moderna and BioNTech-Pfizer for their COVID-19 vaccines.

While mRNA vaccines have so far shown to be hugely successful against SARS-CoV-2, Weber cautions that it is too early to hail them as the next big thing in HIV vaccine research.

"My own view at this stage before I have seen any data, is that we still have the problem [with mRNA vaccines] that we don't have the optimal antigen for HIV," he said.

'We need to use this momentum'

Despite the hurdles, Weber is convinced scientists will eventually crack the formula to find a safe and effective HIV vaccine.

"I've gone through my entire career believing we'll get an HIV vaccine. I’m not giving up on that — I only hope I can live to see it," he said.

In the last 40 years, more than 35 million people have died from HIV/AIDS. And according to Streeck, it is a pandemic "we are far from controlling."

"Most people that get infected die from this disease," he said. "There’s a momentum in the world right now. We need to use this momentum to end HIV and AIDS."

UK medical researchers have confirmed that the so-called London Patient, who suffered from the AIDS-causing virus, has been free of infection for over two years. But they warned against speaking of a generalized cure.