UK medical researchers have confirmed that the so-called London Patient, who suffered from the AIDS-causing virus, has been free of infection for over two years. But they warned against speaking of a generalized cure. 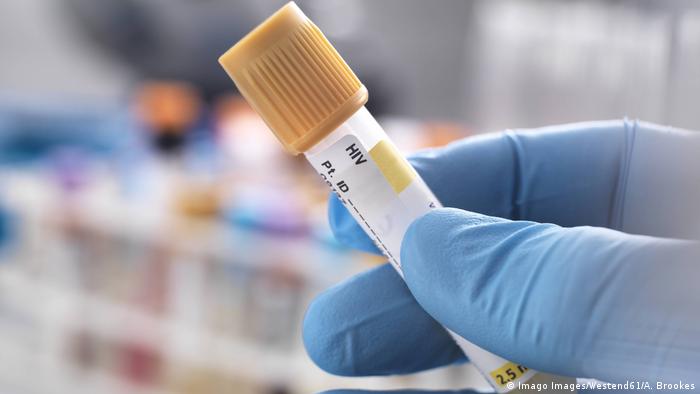 For the second time in history, a patient suffering from HIV, the AIDS-causing virus, has been cured of the infection, doctors said Tuesday.

In a study published in medical journal The Lancet HIV, medical researchers from the University of Cambridge said no trace of the virus had been found in the patient nearly two and a half years after he underwent stem-cell transplantation treatment.

The long-term data comes after the researchers had initially reported no trace of HIV after 18 months.

"The London patient has been in HIV-1 remission for 30 months with no detectable replication-competent virus in blood, CSF [cerebrospinal fluid], intestinal tissue, or lymphoid tissue," the researchers concluded in their findings, meaning no active virus could be detected. "We propose that these findings represent HIV-1 cure."

At the same time, the researchers cautioned that the findings did not represent a generalized cure for HIV, which causes nearly 1 million deaths per year. They also noted that the stem-cell treatment had been administered to address a separate illness.

The cured patient, referred to as the "London Patient," revealed himself as Adam Castillejo earlier this week. He had been diagnosed with HIV in 2003 and had been receiving medicinal treatment to control the disease since 2012. That same year he was diagnosed with Hodgkin's Lymphoma, a form of cancer.

In 2016 he underwent a bone marrow transplant, in which he received stem cells from donors who have a highly rare genetic mutation that prevents HIV from taking hold. It is this procedure that researchers said led to the eradication of the live HIV virus in his body. They did find HIV "fossils" in his body, virus fragments that are incapable of reproducing.

Castillejo has become the second person to be cured of HIV. The first individual, Timothy Brown, the so-called Berlin Patient, recovered from the illness in 2011 following a similar course of treatment. He had also been suffering from a blood cancer alongside HIV.

Ravindra Gupta, the lead author of the study in the Lancet HIV, said that "several other" patients who had received a similar course of treatment were not as far along in their remission and needed more time.

He also warned that the potential future use of stem-cell transplants to attempt to cure drug-resistance HIV in the future would raise ethical issues, since it is a high-risk procedure.

"You'd have to weigh up the fact that there's a 10% mortality rate from doing a stem-cell transplant against what the risk of death would be if we did nothing," he told the AFP news agency.

HIV, or the human immunodeficiency viruses, lead to AIDS over time, which in turn cause immune system failure. There is currently no cure for AIDS, the disease caused by HIV. However, it can be held in check through the use of antiretroviral drugs.

A new HIV treatment, injected every eight weeks, is supposed to reduce stigma and discrimination in Uganda. The drug could be a breakthrough for all those infected — if African leaders are ready to invest. (03.03.2020)