Hitler and 'his Volkswagen': Tracing the 80-year history of the Beetle

The VW Beetle has the Nazis to thank for its existence. Adolf Hitler laid the cornerstone of the Volkswagen factory in Wolfsburg 80 years ago. Here, a critical retrospective of a German success story. 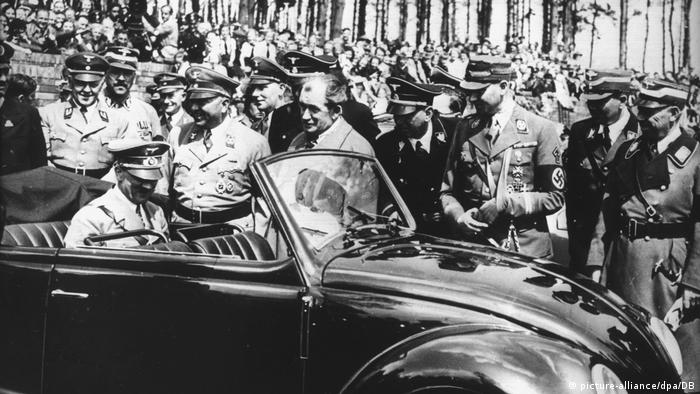 Two men, one huge project: Adolf Hitler and Ferdinand Porsche are the people behind the Volkswagen Beetle. Porsche was the genius engineer, Hitler the sly politician. "These two were made for each other," said Wolfram Pyta, a history professor at the University of Stuttgart.

He, along with historians Nils Havemann and Jutta Braun, have written Porsche: From design office to global brand. The book traces the company from its founding in Stuttgart on April 25, 1931.

Porsche's Volkswagen project could never have been realized without Hitler's support. "Hitler needed a creative mind to produce his compact car suitable for mass production," Pyta said. "And Porsche needed political backing to enable him to build it without financial pressure." 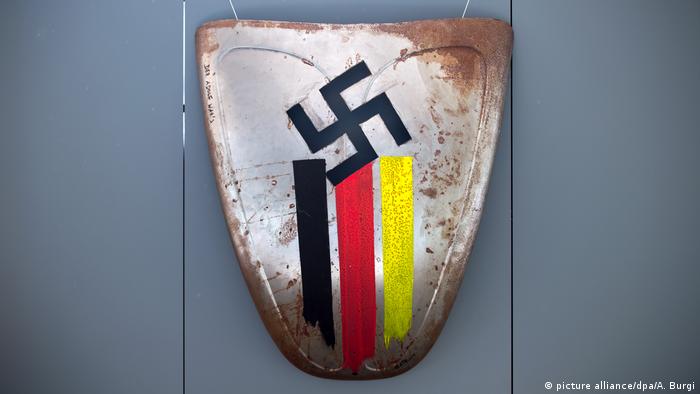 Hitler announced a "people's motorization" at the auto show in February 1933, just weeks after he was named Reich Chancellor. In summer 1934, the Reich Association of the German Automobile Industry gave Porsche the task of coming up with a car under the motto "strength through pleasure," after the same name as the Nazi's Organization for Leisure Activities.

Hitler, who did not have a drivers license, personally approved the prototype of "his Volkswagen" on December 29, 1935. Not much more than two years later, on May 26, 1938, the cornerstone was laid for the Volkswagen factory in Wolfsburg, with the Führer in attendance.

However, the car built for "strength through pleasure" was foremost intended for the German army, not the "people's motorization." It was put to military and all-terrain use on the front. This surprised few. A Porsche brochure in 1934 said a "car must be suitable not only for personal use, but also for transport and particular military purposes." 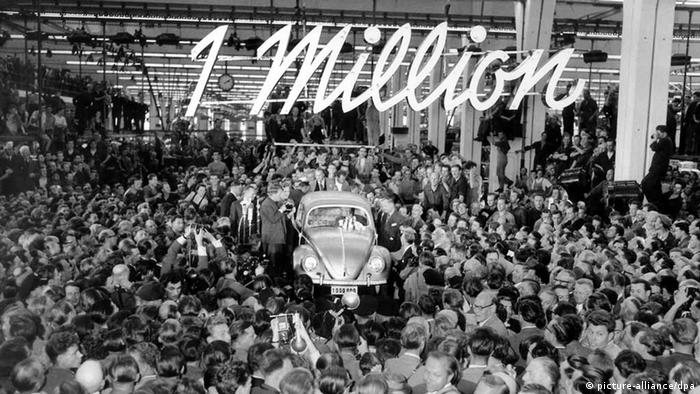 The success of a small car for the people began only after the war. It was rebranded as the "Beetle" to distance it from the Nazi period. The first one rolled off the assembly line in December 1945. The one-millionth Beetle came to be 10 years later. The hunchbacked car with a boxer engine became a symbol of the German economic miracle, and a global success. In all, nearly 22 million Beetles were produced and sold.

The Beetle was able to shake off its Nazi past immediately following the war. Notably, France's socialist-led ministry for industrial production contacted Porsche in October 1945.

"Nowhere is the successful distancing from national socialism clearer than in the French government's effort to win the Volkswagen designing for itself," said Pyta. 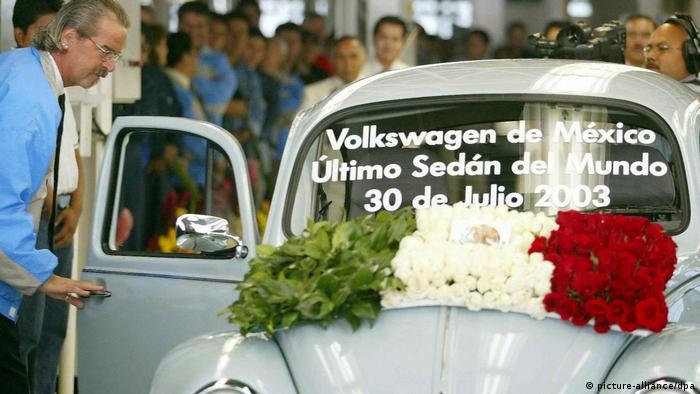 'Deal with the devil'

The French competition knew how to stop a German "voiture populaire." "Renault and Peugeot conspired" against it, Pyta told DW. "Porsche and his son-in-law Anton Piëch were accused of participating in war crimes."

Despite the Beetle's global success, Porsche was taken into surprise custody by French military authorities in December 1945, remaining in jail until August 1947. Hitler and Porsche's cooperation, however, was not all that unusual, Pyta said. Authoritarian rulers can lure apolitical actors with the prospect of major projects:  "Porsche was not the only one to push aside moral considerations when presented with unlimited opportunism," he said. "Business leaders interested solely in their company's success or in implementing ambitious technical projects often have no qualms in doing deals with the devil."

German automaker Volkswagen and the world's largest ride-hailing company are in talks to form a joint venture. Carmakers are increasingly moving to work with transportation startups like Didi and Uber. (01.05.2018)

At VW's annual general meeting all eyes were on Herbert Diess and his restructuring plans. Though shareholders are focused on the future, the ongoing diesel crisis got more airtime than expected, reports Timothy Rooks. (03.05.2018)