Hiking in Germany: Wandering as a national pastime | Germany | News and in-depth reporting from Berlin and beyond | DW | 15.05.2018

Hiking in Germany: Wandering as a national pastime

Germans combine hiking with history, culture, ecology, food and drink. On the national Day of Hiking DW takes a look at a pastime nearly two-thirds of Germans regularly enjoy. 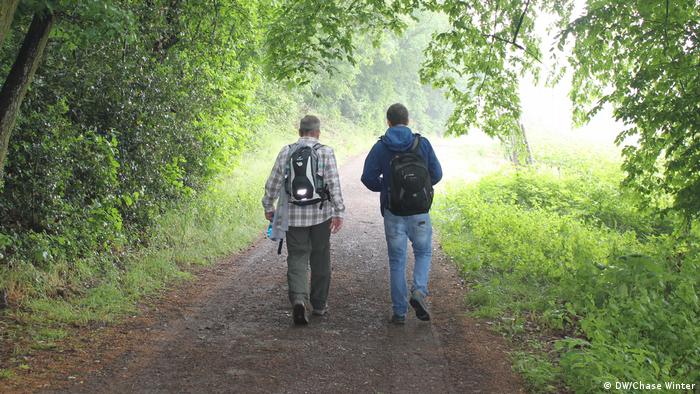 But it's not just any day to tie up the boots; it's the national Day of Hiking, marking the German Hiking Association's (DWV) foundation on May 14, 1883.

Hiking, or "Wandern" in German, is the most popular outdoor activity in the country, with 68 percent of Germans every year hitting an extensive 200,000-kilometer (125,000-mile) trail network. In all, Germans hike 370 million times per year.

Annually on May 14, hundreds of activities are organized around themes such as hiking, trail maintenance, nature conservation, health and the promotion of families, youth and schools.

In the Ahr Valley, DW joined Wolfgang Dieckmann, a local guide who took time away from his tour service Vino Plan to volunteer like hundreds of others to promote the Day of Hiking. His motto: "Hiking with pleasure."

"For some, pleasure is a couple hours in the forest walking, for others it is getting out of the city to hike to a wine tavern," he said, as we take to the trails traversing up the several hundred year old vineyard terraces above the village of Walporzheim. 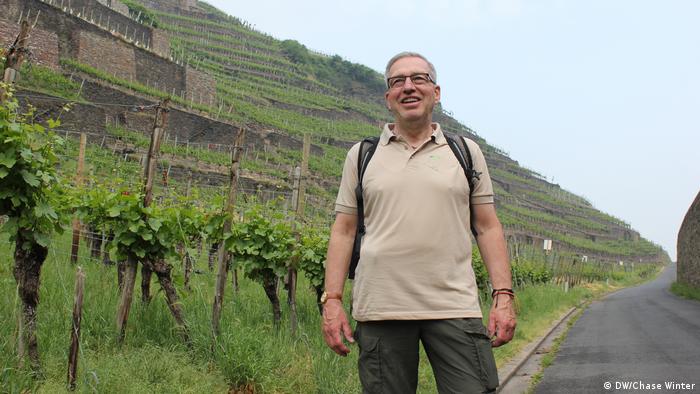 Wolfgang Dieckmann specializes in hiking and wine trips in the Ahr Valley.

Indeed, German motivations for hiking range across a broad spectrum, with 75 percent naming nature, 57 percent activity and 56 percent health benefits, according to a DWV study.

But Dieckmann is onto something with his tours combining hiking with gourmet food and wine. Germans spend €7.8 billion ($9.3 billion) every year on hiking trips (plus another €3.7 billion on gear), with 58 percent of that on gastronomy.

In addition to a social activity that is good for one's health, hiking "is an economic driver of tourism," said Erik Neumeyer, a representative from DWV. 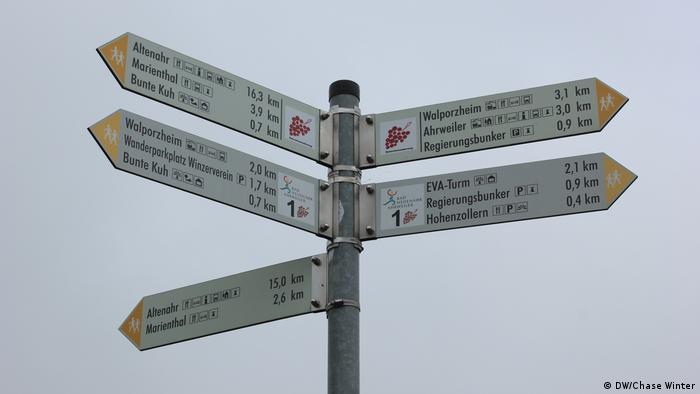 Germany has an extensive, well-marked trail system. There are nearly 20,000 volunteers maintaining the trails every year

Hiking in Germany has a long tradition dating back to the early tourists and travelers: the journeymen and religious pilgrims of the Middle Ages.

But it wasn't until Romanticist authors and painters in the 18th and 19th century began to popularize nature and the outdoors, turning it from something dangerous to be feared into something to be explored, that hiking really began to take off.

By the second half of the 19th century, early hiking infrastructure was being built in parallel to the transformation of transportation that allowed previously, largely locally-confined populations to get out and explore.

"Hiking trails are considered one of the first tourist infrastructures ever. At the time, the goal was to develop nature for the population," said Neumeyer.

In the late 19th and early 20th centuries, hiking associations and youth movements were instrumental in building infrastructure, from trails and huts to accommodation. The world's first youth hostel was established in Germany in 1912 and the number of them quickly skyrocketed. 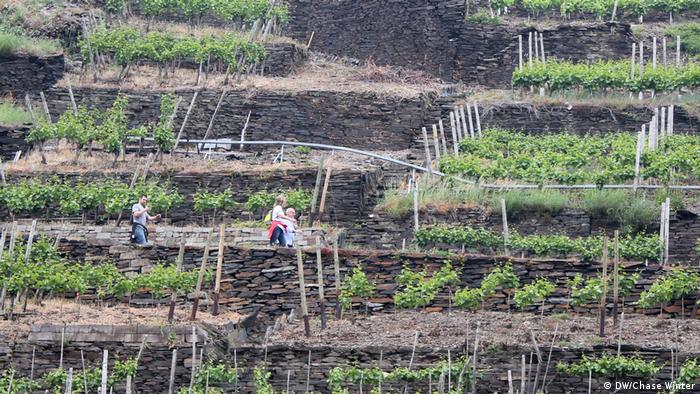 Three hikers enjoy the Red Wine Trail as the sun breaks out.

All of this was "another step towards the democratization of travel," according to a study on hiking by the German Economic Ministry. That democratization took a blow when the Nazis came to power, as hiking associations were forcibly closed and outdoor activities were folded into organizations such as the Hitler Youth.

But hiking clubs got new wind after World War II and another boost after German reunification. Alongside developing hiking tourism, associations such as DWV increasingly focused on nature conservation.

Back on the hilly slopes of the Ahr Valley, Dieckmann goes into great detail about the history, economic development, ecology and wine of this beautiful part of Germany. At one point he receives a call: An international tour group is coming the next day to hike and do wine tasting. 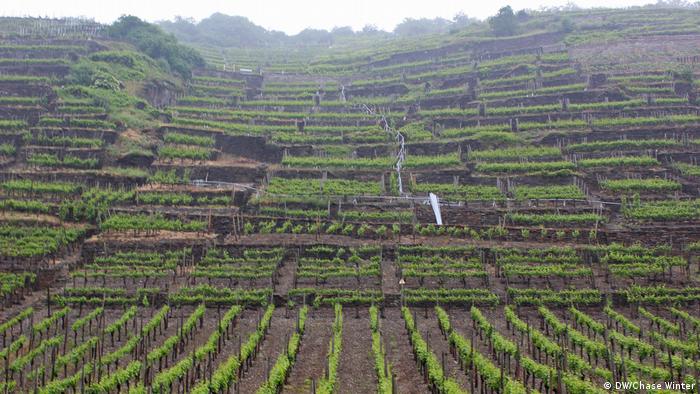 Hiking is a major social activity in Germany.

Two walkers decked out in hiking gear later come along the trail. They are Klaus and Kristin, who decided to travel from the southwestern state of Baden-Württemberg to spend a week in the Ahr Valley area to hike, explore and drink some wine.

As for Klaus, hiking is a way to get exercise, turn off the grind of daily life and rest.

"Let's see if we can knock off some kilos," he said in a Swabian accent as he rubbed his belly. Then they were off again on the 36-kilometer Red Wine Trail that runs through the valley.

Dieckmann continues explaining the region as we head back down, but before ending the tour we stop to check under some rosebushes where we started our journey.

It was there that earlier we found an abandoned, crying fawn. It had since been picked up by the animal protection service we called and was taken to a veterinarian.

Maybe that's why wandering is often used as a metaphor for the path of life as we ramble along exploring around every bend. 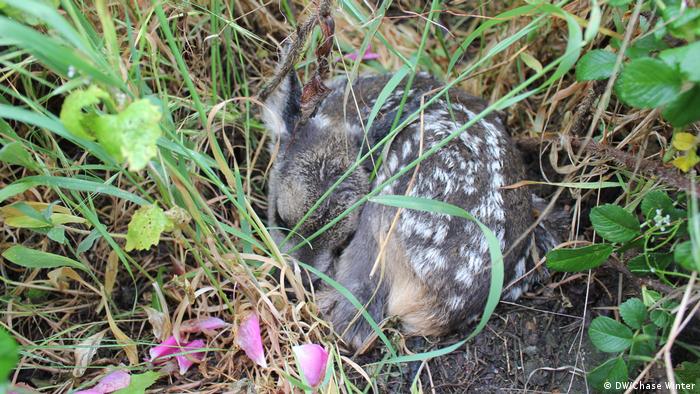 A fawn left by its mother was picked up by a local animal protection group.