Hijacked ′Landshut′ plane returning to Germany | Germany| News and in-depth reporting from Berlin and beyond | DW | 27.07.2017

The German airplane "Landshut," which a Palestinian militant group hijacked and flew to Somalia in 1977, will return to Germany to be restored. The plane's hijacking was a key moment of the so-called "German Autumn." 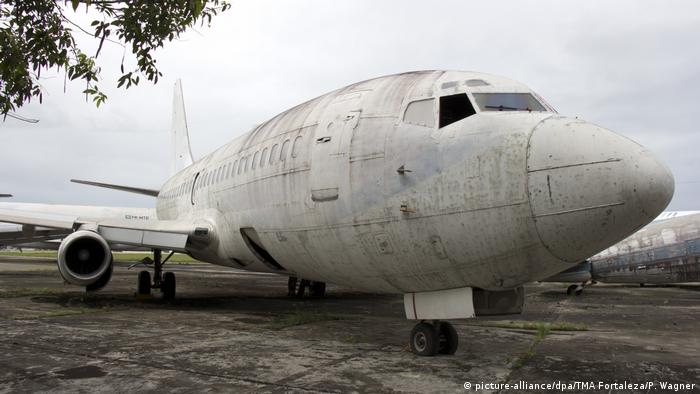 The decommissioned Boeing 737 airplane that became notorious as the hijacked Lufthansa Flight 181 in 1977 is expected to arrive at the Dornier Museum - an aviation and aerospace museum in southern Germany - in September.

The aircraft had been parked at Fortaleza airport in Brazil gathering dust since 2008. It will be dismantled and transported to Germany before it is restored.

"To this day, the rescue of the 'Landshut' is a living symbol of a free society, which cannot be defeated by fear and terror," said Foreign Minister Sigmar Gabriel.

The Popular Front for the Liberation of Palestine - assumed to be working with the Red Army Faction (RAF), a far-left insurgent group in West Germany - hijacked the plane in October, 1977. The hijackers' primary demand was the release of 10 imprisoned RAF leaders.

The RAF, which the West German government considered to be a terrorist group, had assassinated Siegfried Buback, the attorney general of West Germany, earlier that year. Industrialist Hanns Martin Schleyer and Jürgen Ponto, the head of the Dresdener Bank, were also kidnapped and murdered. The series of events was later dubbed the "German Autumn."

Four PLFP members hijacked Lufthansa Flight 181 from Mallorca to Frankfurt on October 13, 1977. The "Landshut," named after a city in Bavaria, then embarked on a four-day journey through the Arabian Peninsula, stopping in five different cities to refuel.

The hijackers held the 86 passengers and five crew members hostage in an attempt to secure the release of 10 RAF members being held in Stuttgart plus two imprisoned Palestinians in Turkey and $15 million (about 35 million German marks at the time). The plane's captain, Jürgen Schumann, was executed in Aden, a city in southern Yemen. 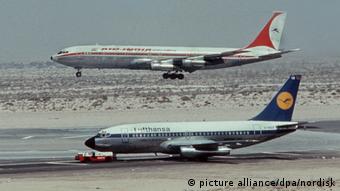 The Landshut plane sitting on the tarmac in Dubai during its four-day odyssey in October, 1977

The plane eventually settled in the Somalian capital of Mogadishu on October 17, 1977. After negotiations with the Somalian government, the German foreign ministry sent the country's elite tactical unit GSG 9 - which had been established five years prior following the hostage crisis at the 1972 Munich Olympics - to retake the plane.

Three of the four hijackers were killed during the ambush, known as Operation Feuerzauber, while one commando and four passengers were injured in the exchange. The German commandos and the 86 "Landshut" passengers then returned to Germany on October 18, 1977. 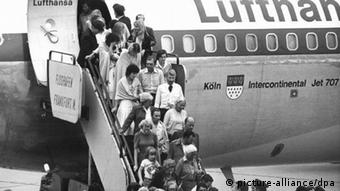 Passengers of the 'Landshut' plane arrive in Frankfurt on October 18, 1977

The Boeing 737 returned to service a few weeks after the hijacking. Lufthansa then sold the plane in 1985 and it ended up in the fleet of Brazilian carrier TAF Linhas Aereas. TAF then decommissioned the plane in January 2008 and stored it in the Fortaleza airport.

"Great news," Jürgen Vietor, the co-pilot of the "Landshut" during its 1977 hijacking, told Bild. "The 'Landshut' is a symbol of 'German Autumn.' It belongs in Germany."