Heiligendamm Prepares for the G8 Summit | Germany | News and in-depth reporting from Berlin and beyond | DW | 17.02.2007

Residents of sleepy seaside resort of Heiligendamm are bracing themselves for the G8 and the influx of world leaders, massive security measures and protestors that accompany the annual conference. 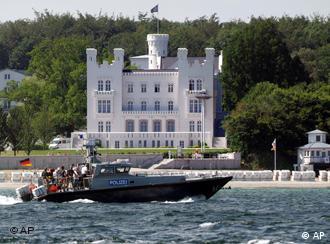 German Chancellor Angela Merkel is taking her turn as G8 president this year and will host the annual summit of leaders from the industrialized world between June 6 and 8 at the tiny seaside resort of Heiligendamm, located on Germany's Baltic Sea coast. Reactions to the arrival of world leaders, police, journalists and protesters have been mixed in Heiligendamm and the nearby town of Bad Doberan.

Free advertising to the world

Hartmut Polzin, the mayor of Bad Doberan, said he is thrilled at the chance to show his town to the world.

"The worldwide media attention will make this a marketing campaign which we could never afford if we had to pay for it," he said, rattling off a list of reasons tourists should visit Bad Doberan. 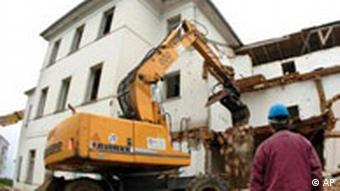 He's also excited about the influx of funds he said he hopes the summit will bring to a region that has struggled economically since reunification.

"The G8 summit has already had positive effects on construction here," he said. "Our improved infrastructure will be of long-term benefit to the regional economy. It would normally have taken many more years to complete. But the G8-summit has accelerated the process."

The neighboring village of Heiligendamm is the oldest German seaside resort. Composed of white classical buildings along the promenade, it was an elegant meeting place for high society until the 1930's. The Russian tsar and his family, composer Felix Mendelssohn-Bartholdy, poet Rainer Maria Rilke, Queen Luise of Prussia, and even dictators Adolf Hitler and Benito Mussolini used to be regular guests.

Kempinski hotel director Torsten Dressler is rolling out the red carpet and looking forward to demonstrating that the Grand Hotel Heiligendamm is the ideal venue for meetings with high prominence where international protocol and personal attention are of the utmost importance.

"People are characterized by their individuality, their like and dislikes," he said. "One drinks a certain tea, the other a special wine. And a third doesn't like a certain type of flower. As hoteliers, we need to find out who likes what. We want to be super hosts."

To be a super media host, Fundus Investment Group and Kempinski Hotels tore down a classical villa and a former holiday residence of the Russian tsars to make room for a media center.

No way in for peaceful demo 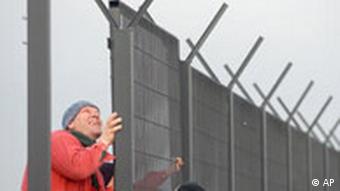 There's also the question of other visitors. In recent weeks, German politicians have expressly welcomed peaceful demonstrators to the G8 summit. But Heiligendamm was selected to host the summit because of its isolated location and limited access to the Grand Hotel.

Nevertheless, the federal government expects huge international protests to converge on the summit, just as they did in St Petersburg and Gleneagles in recent years.

The hotel privatization of public roads and plans to demolish further classicist villas along the beach have caused loud protest in the local community, according to 70-year-old Marianne Prüter, who has lived in Heiligendamm since 1947.

"They're excellent at building fences!" she said, pointing out a high-security fence currently being built around the hotel. The barrier is 14 kilometers long (8.7 miles) and is planned to cost some 12.4 million euros ($16.3 million) to erect. 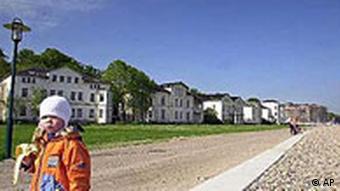 The sea resort will be packed in summer

This summer about 10,000 police officers from across Germany will be tasked with turning away unauthorized visitors from this fence. The air force, navy and special forces will also be providing their services to ensure the conference's security.

"The fact is, Mecklenburg is paying 13 million euros for the fence alone," she said. "The current official estimate is that our G8 summit in Heiligendamm will cost a round 92 million euros just for security."

Schwebs added that the federal government had promised to reimburse the state with 24 million euros, leaving the region with the rest of the tab.

The conference's costs are one of the main reasons locals have expressed their unhappiness with having world leaders converge on their towns.

"At a time when unemployment in Mecklenburg is the highest in the country and there's no money for social welfare they're wasting millions," Prüter said. "The waste of public money bugs me." 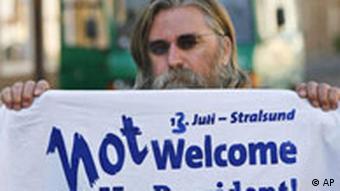 "Growth and Responsibility" will be the summit's main focus. Rosa Klemper said the irony of growth being focus in one of Germany's least industrialized and poorest regions isn't lost on her. She said she'll be protesting for growth in the state hosting the leaders.

"The Mecklenburg population hasn't yet realized that the summit is an opportunity to show the world that Germany itself is still imbalanced between the east and the west," she said.

Germany will fight to revive international efforts for Middle East peace, relaunch the EU constitution and advocate a gentler form of globalization when it takes over the presidencies of the EU and the G8 Monday. (01.01.2007)

Putin Eyeing a Beach House on the German Coast

What makes the leader of the largest nation in the world, who could hurl Europe back to the Ice Age at the flip of a switch, dream of the German Baltic sea coastline? It is an affair of the heart. (06.01.2006)

Germany Wants G8 to 'Go Back to its Roots'

Germany takes over the leadership of the G8 presidency next year and says it wants to refocus the group on problems facing the global economy. (29.12.2006)