Melting glaciers in Asia: ′One day we will leave here′ | Environment | All topics from climate change to conservation | DW | 19.07.2022

Melting glaciers in Asia: 'One day we will leave here' 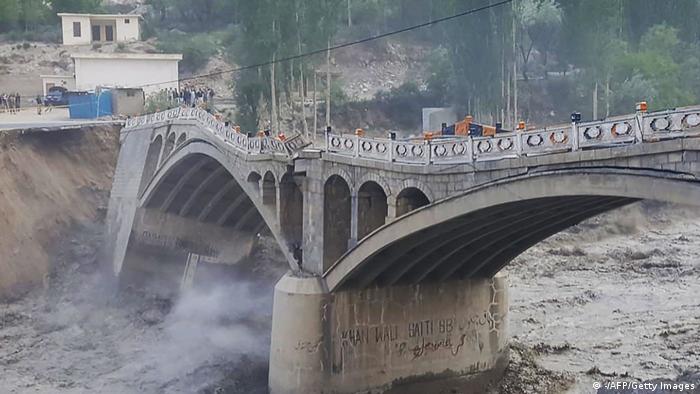 When a glacial lake near Hassanabad in northern Pakistan erupted in May – flooding villages and destroying two hydropower plants and a bridge – Siddique Baig and his family found themselves without water. The deluge, which killed more than 75 people, had also taken out the pipelines to their town. "There is no more drinking water at our home, so I had to move to a hotel with my family," said Baig, a disaster risk analyst at the University of Islamabad's High Mountain Research Center.

For more than half a billion people living in high mountain regions, climate change is bringing a troubling mix of too much water and not enough. In May, Pakistan's Ministry of Climate Change warned that 33 glacial lakes were in danger of bursting because of unnaturally hot weather. At the same time, the region relies on glaciers for 70% of its fresh water, said Baig. Once the glaciers go, there will not be enough rainfall to meet demand. 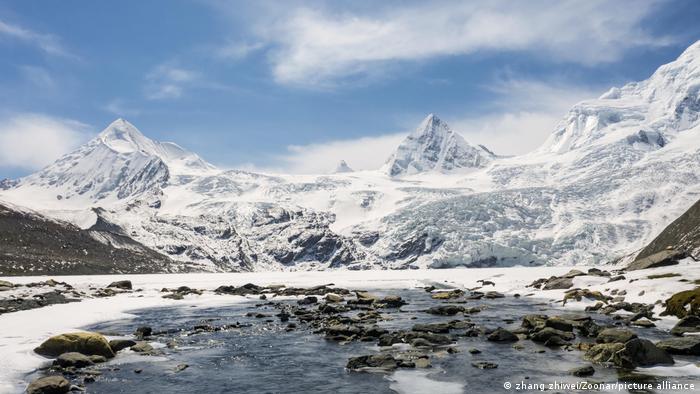 Glaciers are melting as the planet heats up

In April, parts of Pakistan witnessed record-breaking temperatures of 49 degrees Celsius (120 degrees Fahrenheit), melting ice and causing water to collect in natural dams. When too much water flows in, the dams break. Glaciers that were still growing just a few years ago are no longer stable, said Baig. "The whole region, the whole of High-mountain Asia is affected by climate change. That's a reality."

Global warming twice as fast in the Himalayas

The central Asian mountain region – also known as High-mountain Asia – includes the Himalayan, Karakoram and Hindu Kush mountains. Stretching from China to Afghanistan, it is home to 55,000 glaciers that together store more fresh water than anywhere else on the planet outside the North and South Poles. The meltwater feeds the 10 biggest riverrs in Asia, in whose basins almost 2 billion people live. The Ganges, Indus and Brahmaputra rivers alone are sources of water for the livelihoods of 750 million people, according to a 2015 World Bank report. The Yangtze river in China – the biggest on the continent – and the Mekong in South-East Asia also dependend on Himalayan waters.

But hotter temperatures put them at risk. According to the United Nations Development Program, temperatures in the Himalayas are rising twice as fast as the global average, melting ice and cutting snowfall. If world leaders fail to honor their promise to try to limit global warming to 1.5 C, between half and two-thirds of the total ice mass in the mountains of Central Asia will have disappeared by the end of the century.

Nepal and Pakistan are among the ten countries most threatened by climate change, while Afghanistan and India are among the top twenty, according to the Climate Risk Index of German nonprofit group Germanwatch.

"The glaciers will definitely melt," said Atanu Bhattacharya, a glaciologist at JIS University in Kolkata, India. While there is enough fresh water for now, it is unclear how much water will be available in the future.

Policymakers need to think about agriculture – the main source of income for people across the region – and invest in better water management and water treatment today, said Bhattacharya.

Melting glaciers have also disrupted energy supplies. More than 250 hydroelectric power plants in the Himalayas are on the outflow paths of potential glacial lake breaches, scientists estimate, which means they could be flooded by water bursting from lakes. One in every three power plants could experience inflows that greatly exceed the amount they were built to handle.

Even if they were redesigned, energy security would suffer if reservoirs dry up. "If we don't have water coming from the mountains, we won't be able to generate electricity," Bhattacharya said. 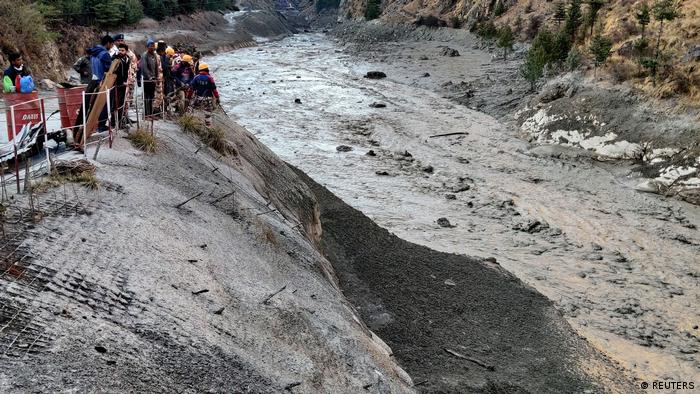 Last year, India banned the construction of new hydropower plants above the Ganges in a bid to prevent rivers in the lower reaches from drying up in the long term.

By burning fossil fuels, people have released gases that act like a greenhouse around the Earth and heated the planet. But climate change is not the only reason these fuels are hurting glaciers.

Coal, oil, and gas release black soot and particulate matter when burned. Carried up by the wind, the black particles settle on ice sheets where they absorb more heat than white snow or ice. The effect is that less solar radiation is reflected into the atmosphere, causing the ice to heat up faster and melt. 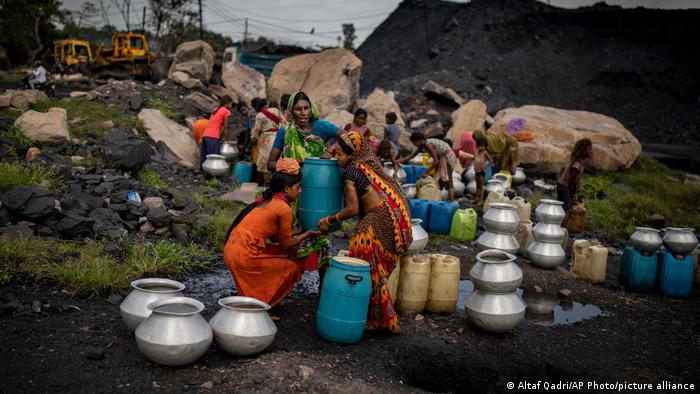 Experts say cutting air pollution would help save glaciers. Particulate matter from brick kilns and wood accounts for up to two-thirds of black carbon in the region. The second-biggest polluter is diesel vehicles, which are responsible for between 7% and 18% of the pollution.

"These people need to be resettled "

Despite ways to slow the melting of the glaciers, scientists like Baig are gloomy about the future. In the mountainous region of Pakistan, he estimates 7 million people are at risk from further flooding. "These people need to be relocated, and relocated to other, safer places."

But stopping the countries most responsible for heating the planet "is not in our power," he said. Pakistan is responsible for emitting just 1% of climate-damaging gases. Countries like Afghanistan and Nepal contribute only marginally to climate change but still suffer disproportionately.

Faced with the prospect of more flooding, destroyed villages, broken water pipes and a lack of drinking water, Baig has already made a decision for his family. "One day we will leave here."

Heat waves: What are the alternatives to air conditioning?

How can Europe adapt to extreme heat?

Intense heatwaves will become more common in Europe as the effects of climate change worsen. What solutions have other heat-stricken regions used to alleviate the risks?