Heat waves: What are the alternatives to air conditioning? | Environment | All topics from climate change to conservation | DW | 18.07.2022

Heat waves: What are the alternatives to air conditioning? 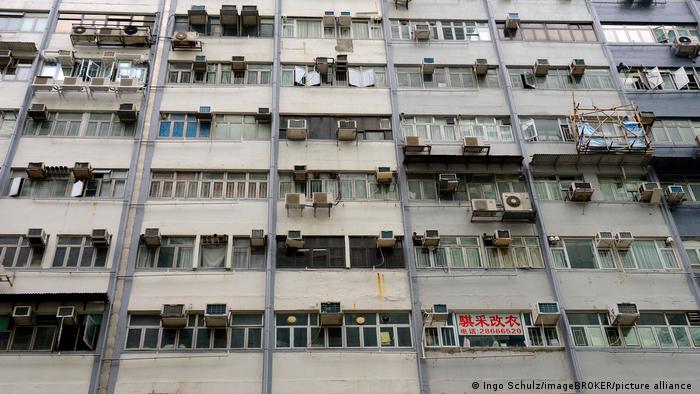 Kuwaiti summers are oppressive. Baking heat radiates from every corner of the city, making even the lightest of exercise excruciating. That is, unless you are lucky enough to live in an air-conditioned bubble.

Nasir moved to Berlin in 2014, but he hasn't been able to escape sweltering temperatures. Though the German capital has much milder summers, he has already experienced heat waves of up to 38 degrees Celsius (100 Fahrenheit) — temperatures that felt more intense because German homes are rarely air-conditioned.

"I can't and don't want to resort to AC again," he said. "But it's getting worse every year and we're not really adapting." Many Kuwaitis spend their summers in an air-conditioned bubble

Demand for space cooling is soaring

The climate crisis has made heat waves more likely and more intense around the world. Even in 2018, the use of air conditioners and electric fans made up 10% of global electricity consumption, according to the International Energy Agency.

And that although air conditioners were only widespread in a few countries like Japan and the United States — where more than 90% of households have them — and only available to 8% of people in the hottest parts of the world.

But as the summers get hotter demand for space cooling is soaring, especially in emerging economies. Electricity demand could more than triple by 2050, using as much energy as all of China and India today just to cool buildings.

To break out of this loop, scientists point to passive cooling strategies that control the temperature using little to no energy.

"Passive cooling is so promising because it's less expensive, it averts intensification of urban heat island effects, it increases survivability by diminishing reliance on air conditioning," said Alexandra Rempel, assistant professor of environmental design at University of Oregon in the US. "It also takes pressure off the electrical grid." 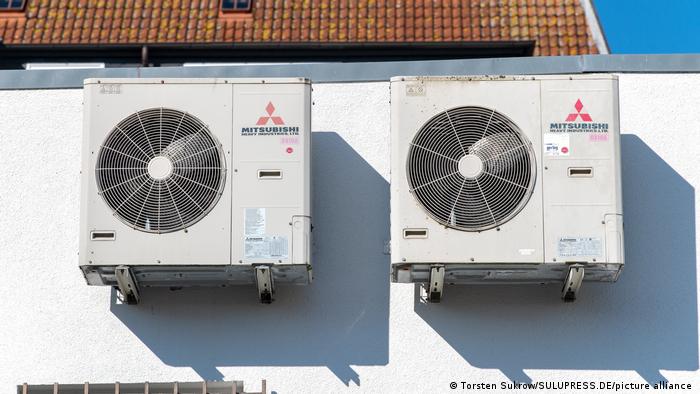 Demand for space cooling technologies like air conditioners is skyrocketing

In Mediterranean climates, surviving extreme heat can be as simple as opening the windows at night to let in cool air and drawing the shades when the sun hits the window during the day.

Rempel authored a study that found natural ventilation and shading alone can lower indoor temperatures by about 14 degrees Celsius and reduce the load on air conditioners by up to 80%. The study made these simulations using data from a 2021 heat wave that killed hundreds in the Pacific Northwest region, usually known for its mild weather.

Old cooling tricks can make a significant difference if they are communicated properly and facilitated, according to Rempel. This shows the Pacific Northwest, one of the few US regions where air conditioners aren't yet ubiquitous, can avoid adopting air conditioning or at least minimize it even as extreme heat becomes more likely, she said. 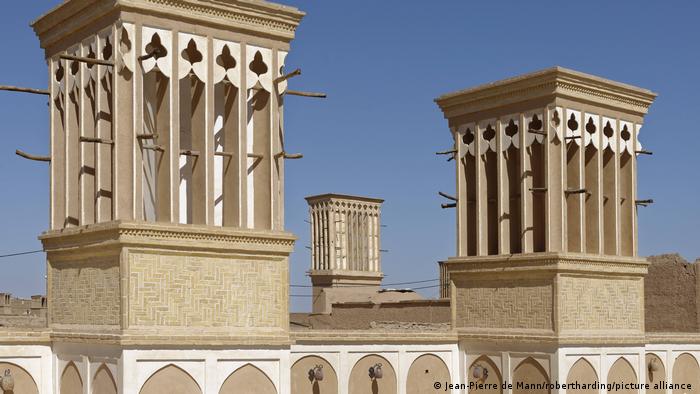 Wind catchers are very common in the Iranian city of Yazd

Passive cooling can also be integrated into a building's design. Some methods, such as wind catchers in North Africa and the Middle East, have been staving off heat for centuries.

These towers with open windows are positioned on top of buildings and, as the name suggests, are made to "catch" the wind. They direct the fresh air indoors and push the warm air back out through the tower. Though traditional wind catchers are largely out of use, commercial models using the same technology can be used in modern buildings.

Other features that help keep buildings bearable include louvered shading devices that block out the sun, double glazing that limits the amount of heat gained or lost through windows and water fountains that lower the air temperatures through evaporative cooling.

Residential buildings in the United Arab Emirates could reduce their annual energy consumption by more than 20% through the use of passive cooling, according to a study by the British University in Dubai that looked at eight strategies.

The California Academy of Sciences in San Francisco is an example of a building that made air conditioning a last resort. With its insulating green roof, louvers that open and close throughout the day and a ventilation system that makes use of natural air currents, the structure puts passive cooling at the forefront. 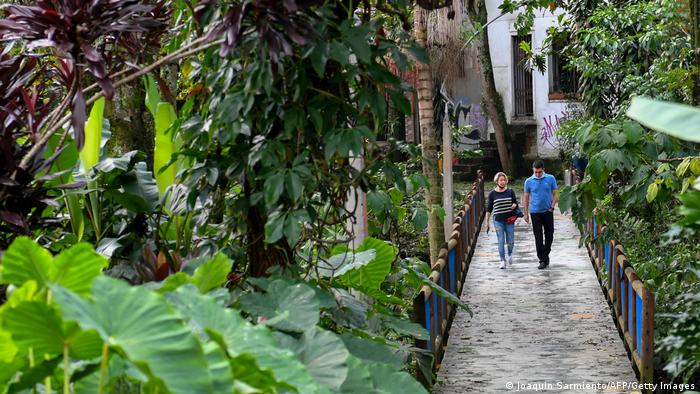 Reducing heat in cities with more trees and green corridors

But passive cooling isn't only about directly lowering indoor temperatures — it's also about reducing surface temperatures on the buildings and surrounding areas. Because it's not easy to stay cool in concrete jungles with little shade.

"When the streets and sidewalks are just basking in heat all day, those materials are perfect thermal storage mass and continue to radiate heat back to the environment all night," said Rempel. "So that takes away some of the night ventilation resources and makes air conditioners work harder."

The solution to that is straightforward: more trees, more shade. In Medellin, Colombia, authorities have planted so-called "green corridors," vegetated passages keeping pedestrians and cyclists out of the direct sun. They have helped reduce the city's average temperatures by 2 degrees Celsius.

Japan's capital, Tokyo, has also introduced pavements that stay cool with an insulating coating. And in tropical Singapore, dense vegetation on some skyscraper facades keeps them from heating up as much.

"By having at least 10 meters of greenery on the front of your buildings, you can reduce the surface temperature by 5 degrees Celsius," Ayu Sukma Adelia, an architect from the Cooling Singapore Research Project, told DW's Global 3000.

For Nasir, who was dealing with another particularly hot day in Berlin, the idea of passive cooling sounds appealing.

"I welcome any solution so I don't have to sweat anymore," he said as he sat in a dark room and sprayed himself with water.

How can Europe adapt to extreme heat?

Intense heatwaves will become more common in Europe as the effects of climate change worsen. What solutions have other heat-stricken regions used to alleviate the risks?

Spain is already well into its second heat wave of this summer, accompanied by drought and raging wildfires. Residents and relief workers are enduring it as well as they can.