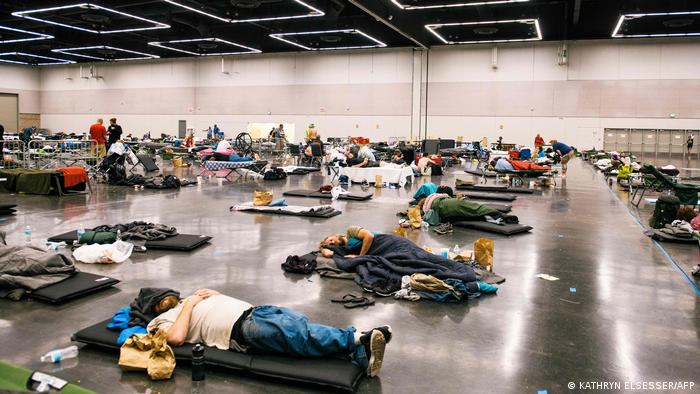 In summer 2021, heat waves forced many on the US west coast to stay in 'cooling stations' as their homes were unbearably hot

In many places, keeping cool when the mercury climbs isn't just a matter of comfort — sweltering temperatures can affect our health, our productivity, our economies and even our survival.

An increase of just 1.5 degrees Celsius (2.7 degrees Fahrenheit) above pre-industrial levels could put 2.3 billion people at risk of severe heat waves. Scientists say we could hit that temperature rise by the early 2030s if we don't cut carbon emissions.

Hot weather is already responsible for 12,000 deaths each year. By 2030, the World Health Organization predicts there could be 38,000 additional deaths annually due to heat exposure in elderly people.

Buying an air conditioner might be a quick and easy fix, but these energy-intensive appliances are only adding to the problem.

"We need to get out of this cycle," Lily Riahi from the United Nations Environment Programme told DW. "The way we currently cool our homes and workplaces is a huge driver of climate change."

Air conditioners leak damaging refrigerants that contribute to global warming. And ACs and fans also account for about 20% of the total electricity used in buildings around the world, much of which still comes from fossil fuels.

As global temperatures, populations and incomes rise in countries like India and China, the number of AC units in operation worldwide could jump from nearly 2 billion today to 5.6 billion by 2050, according to the International Energy Agency.

The agency also estimates that, without improvements to efficiency, energy demand for space cooling could triple by the middle of the century — consuming as much electricity as China and India today.

Riahi, who is also a coordinator for the global Cool Coalition network working to boost sustainable cooling, says this scenario will pile massive pressure on electricity grids and ultimately hamper efforts to meet climate targets.

"By 2050, estimates say that just space cooling will account for 30% to 50% of peak electricity [load] in many countries. Today the average is 15%," said Riahi. "So you're going to have grid failures."

What can be done about it?

Air conditioning plays an important role in prosperity and economic development by allowing people in hot countries to live and work in comfort. But unless ACs become significantly more climate-friendly, the projected explosion in their numbers will pose a huge challenge. 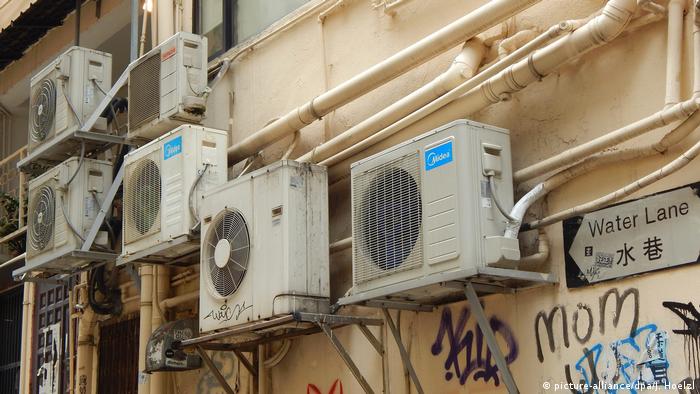 Air conditioners use a lot of energy, accounting for about 10% of global electricity consumption

"AC doesn't have to mean the cheapest air conditioning on the market," she said. "It should be about how can we design our cities and buildings to reduce the demand for cooling in the first place. And it can also mean finding ways to create incentives to bring the most efficient technologies to market."

Surviving higher temperatures while at the same time keeping a lid on emissions will require more than improving AC efficiency. Fitting buildings with exterior shading, green roofs or applying solar reflective paint, for instance, can also limit the heat they absorb. Expanding green spaces, areas with water and wind corridors in cities could help, too.

In India, the Mahila Housing Trust is working with people in slum communities who cannot afford ACs to help them keep their homes cool. The organization focuses on low-cost measures such as painting heat-trapping corrugated tin roofs white, planting trees near homes to provide shade, or installing roofs made of compressed bamboo mats, which absorb less heat. 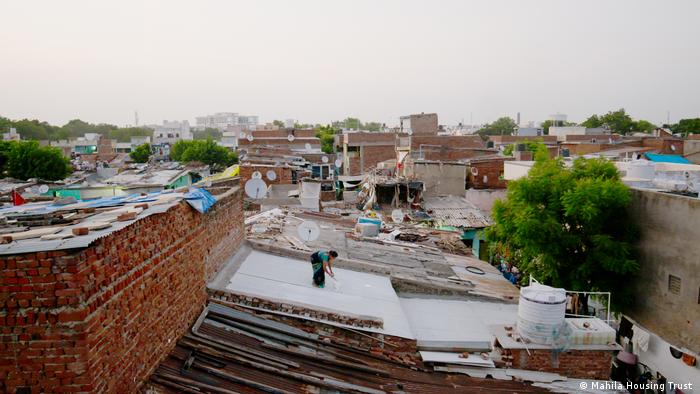 Corrugated tin roofs can trap heat, sometimes resulting in indoor temperatures that are up to 5 degrees C hotter than outside

Trust director Bijal Brahmbhatt says just coating roofs in solar reflective paint can make indoor temperatures drop by up to 6 C — a change residents reported was almost like having an AC.

"The well-being level has increased quite a lot," she said. "Economic productivity increased by 1 1/2 to 2 hours once the temperature got reduced." People were also able to slash their power bills because they no longer had to use fans, she added.

Lessons from the desert

Another project, this time in the Egyptian desert where summer temperatures can reach almost 50 C, is also tackling heat solely through smart building design.

Her company is working with the Egyptian government to upgrade 4,000 rural villages, home to some 58 million people, so that they can better cope with extreme heat. But rather than bringing in high-tech solutions, El Battouty says many of the green changes were inspired by local Indigenous knowledge.

"These villages have survived. It's because this inherent knowledge of adaptation to harsh conditions has existed for thousands of years," she said. "We see which of these solutions are viable and we integrate them […] We don't need to reinvent the wheel."

That means using locally available materials like porous limestone and sandstone that allow air to flow through the walls. They also lifted structures slightly off the ground to prevent heat being absorbed from below, darkened entryways, installed reflective roofs, and made use of angled windows and adjustable shading to block heat while allowing light to enter. 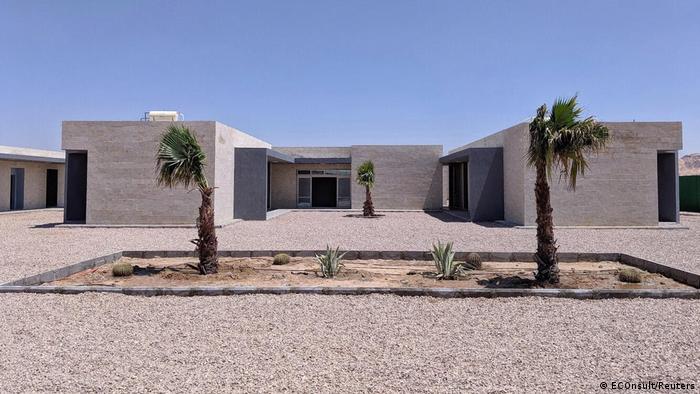 The homes ECOnsult built for farmers in Baharyia Oasis, in Egypt's Western Desert, are designed to beat extreme heat

'Cooling is the next frontier'

El Battouty says there needs to be a rethink in the architecture sector so that buildings are designed to address cooling from the get-go.

"The hotter it gets, the longer the summers, the more people will be looking at solutions like air conditioning," she said. "We have to question the housing sector itself. Is it built to mitigate heat or not?"

The role of housing in beating heat should also have a much bigger focus at events like the recent UN climate change conference in Glasgow, added El Battouty.

"We have to look at cooling as something incredibly important — just as much as renewable and clean energy. Cooling is the next frontier."

Keeping homes cool as the planet heats up

Reducing the carbon footprint of houses