The capsule from the Japanese space probe has landed in the Australian desert. Scientists are hoping for a treasure trove of information about the solar system and life on Earth from tiny samples of the asteroid Ryugu. 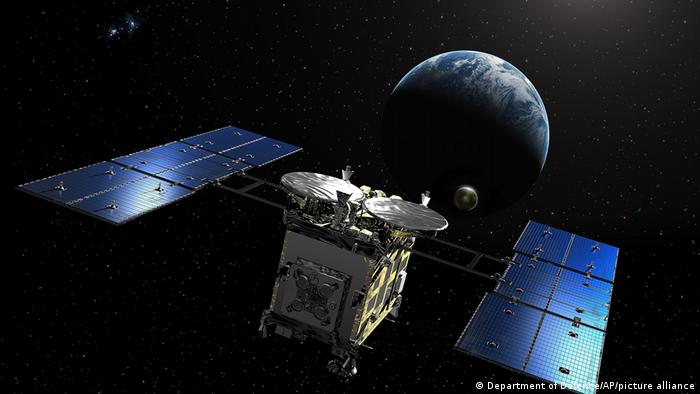 Scientists hope the samples — possibly weighing just 0.1 grams — from the Ryugu asteroid will provide clues to the origin of life and the formation of the solar system. It is believed that the 4.6 billion-year-old material has remained unchanged since the system around the Earth's sun formed.

The probe took more than a year to travel back from the asteroid, which was around 300 million kilometers away from Earth when Hayabusa2 carried out its debris collecting task.

A treasure trove of information

The Hayabusa2 — the size of a refrigerator — first left Earth in 2014 and traveled more than 5 billion kilometers.

Scientists are eager to find out if the samples contain any organic material which could go toward explaining the origins of life on Earth.

It appeared as a fireball as it entered the atmosphere and released a parachute 10 kilometers above the ground. Beacon signals suggest the parachute did open, and that the samples landed safely, said JAXA official Akitaka Kishi. The 40-centimeter (16-inch) diameter capsule landed in the sparsely populated Woomera area of Australia. JAXA staff were standing by to begin the search for the beacon with a helicopter after receiving radio signals, and were hopeful that they would find the capsule in a day.

The capsule will undergo a preliminary safety inspection before being brought home early next week. Half of the material will be shared between JAXA, NASA, and other international agencies, while the other half will be kept for future study to take advantage of breakthroughs in analytic technology.

After depositing its samples, the Hayabusa2 probe took a new course to begin another journey, expected to take 10 years one way, to the small asteroid called 1998KY26.