England's most famous wizard's apprentice has made it to the hallowed halls of the British Library. 'Harry Potter – a History of Magic' reveals the sorcery at the heart of the Potter series. 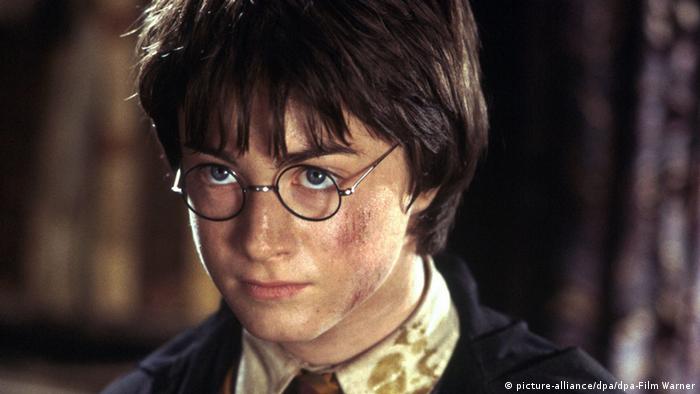 Harry Potter is up to his old tricks

The British Library is one of the world's most distinguished research and universal libraries, a veritable treasury of knowledge. It is also a magical place that shelters medieval manuscripts full of fantastic fabled creatures of yore. Some of them resemble the magical figures in the Harry Potter novels. Julian Harrison, lead curator of medieval historical manuscripts at the museum, promises an inspiring and entertaining show for visitors of all ages.

"The exhibition takes visitors on a fascinating journey through the history of magic – from mermaids to crystal balls, from broomsticks to garden gnomes. It’s been enormous fun choosing the exhibits,” said Harrison.

Along the way, the museum staff have encountered historic and mythological tales that served as models for many characters and storylines in the Harry Potter novels.

“We’ve loved discovering the magical traditions that lie behind the Harry Potter books, and we’ve encountered so many amazing artefacts along the way," said Harrison.

Many of the creatures are also J.K. Rowling's inventions, however. The mythical phoenix on the other hand is part of medieval mythology, and the mandrake is a root that in ancient times was said to have magical powers.

Even 20 years after the first novel was released, the fascination with Potter and his magical world has not waned. Joanne K. Rowling created a functioning world that sounds so credible that even "muggles" – people who have no magical skills at all – would like to believe in it.

The story of wizardry student Harry Potter who succeeds to vanquish his arch enemy and his parents' murderer fills seven thick tomes, released between 1997 and 2007. The books have been translated into about 80 languages, and have been sold worldwide more than 450 million times. 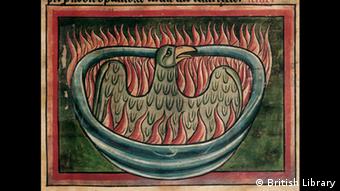 The first official Potter story to be shown on a stage debuted last year at London's Palace Theatre: "Harry Potter and the Cursed Child." Potter is a husband and father, and struggles with his youngest son, Albus Severus. The conflict Harry Potter and his friends had during their youth with evil and its representatives in their magical world continues into the next generation. The book also turned into a bestseller.

The London exhibition (October 20, 2017 to February 28, 2018 ) is sure to lure Harry Potter fans as well as all those other muggles interested in magic, alchemy and mythology.

13 books you perhaps didn't know were once banned

It's Banned Books Week: From "Harry Potter" to "The Alchemist," here are popular works that have faced censorship somewhere in the world. Even the dictionary hasn't been spared. (26.09.2017)

The West End show "Harry Potter and the Cursed Child" won a record of nine prizes at the Olivier Awards in London, including best new play. The story, co-written by J.K. Rowling, has also proven to be a box-office hit. (10.04.2017)

J.K. Rowling has wowed readers for years with her best-selling "Harry Potter" novels - and Germans are no exception. "Harry Potter and the Cursed Child" led 2016 in selling the greatest number of copies in Germany. (21.12.2016)