No one would ever have guessed that writer Joanne K. Rowling would become a billionaire with the story of a student at a magic school. And no one could have known that Harry Potter would become such a cult classic.

The Elephant House café is considered the birthplace of Harry Potter. It is the place where Joanne K. Rowling wrote most of the first books in the Harry Potter series. The idea for the story about the wizarding school pupil was something that had come to Rowling while on a train ride from Manchester to London.

Trained as a teacher, the novelist was mother to a young child and recently separated from the child's father. She couldn't work while raising her child so she received government assistance and had a lot of time to write and explore her imagination. 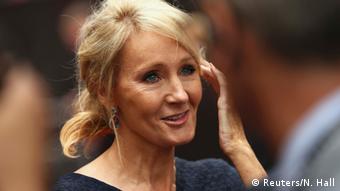 J.K. Rowling has become one of the wealthiest writers in the world

The first of the Potter series, "Harry Potter and the Sorcerer's Stone" was finished in 1995. Rowling sent it out to publishers, one of whom told her to get a job instead - she wouldn't get rich writing children's books.

Twenty years after the first Potter book was published on June 26, 1997 with a print run of just 500, J.K. Rowling is near the top of the list of wealthiest novelists in the world.

Over the course of seven books, she has created a world that is so close to reality that even "Muggles" (non-magicians) want to believe in it. The story of the magic student Harry Potter, who finally overcomes his mortal enemy - the man who killed his parents -, fills the seven thick books which were published between 1997 and 2007.

Translated into 80 languages, they have been sold more than 450 million times; in Germany alone, over 33 million copies have been printed. Adaptations for the cinema brought in seven billion euros. 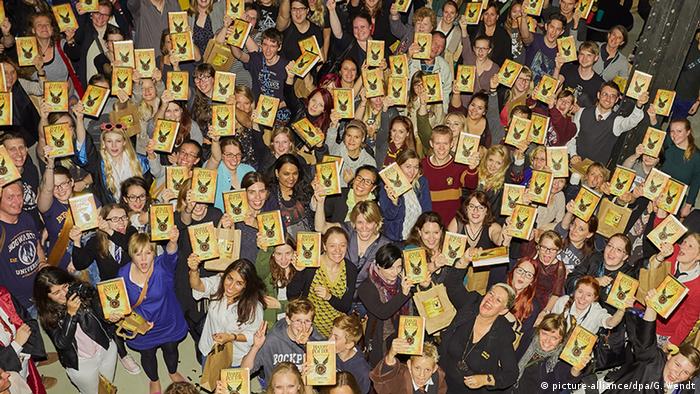 20 years on and the excitement still hasn't died

Success didn't come overnight for the series which would become a household name. It took several years after initial publication to become popular among fans, but once it did, the success was unparalleled.

Following the third book, Rowling was so famous that the initial print run on the fourth book in the series was in the millions. And that was no easy feat, coming at a time when computers and video game consoles were increasingly vying for the attention of children.

The scene was unusual for the time: a long line of children and youths camped outside of bookstores on the day of the book's publication. Many businesses opened at midnight in order to accommodate the rush of buyers. It's a hype that still hasn't died.

Even after the story has been told to its end, the cult remains. Merchandising continues apace, with Potter fans setting off to pilgrimage to famous Potter sites or visit Harry Potter theme parks.

Rowling was even able to create a few spin-offs, including a fictive textbook from the Hogwarts Magic School, which describes fantastical creatures and where one can find them. It was the basis for a successful, Oscar-winning film in 2013. 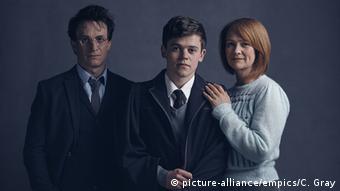 The cast of 'Harry Potter and the Cursed Child' theater play

In summer 2016, yet another means of appeasing the fans came in the form of a theatrical debut under the title, "Harry Potter and the Cursed Child."

It takes place 20 years after the end of the Potter series. The magician has grown up, has his own family with three children - and a lot of problems with his eldest son. A book has been released based on the play, one which was a bestseller in Germany in 2016.

These woods were strictly off-limits for the young Hogwarts students, but now visitors of the Warner Brothers Studio Tour London are officially invited to discover them for themselves. (31.03.2017)

Down time: On the trail of Harry Potter

Fans of the Harry Potter films can tour the studios where they were shot, and see the original movie sets. Now Forbidden Forest is the newest attraction at the Making of Harry Potter studio tour outside London. (30.03.2017)

The West End show "Harry Potter and the Cursed Child" won a record of nine prizes at the Olivier Awards in London, including best new play. The story, co-written by J.K. Rowling, has also proven to be a box-office hit. (10.04.2017)