The United States maintains the wife of an American intelligence officer has diplomatic immunity and should not face justice. The case has caused a diplomatic dispute between the two close allies. 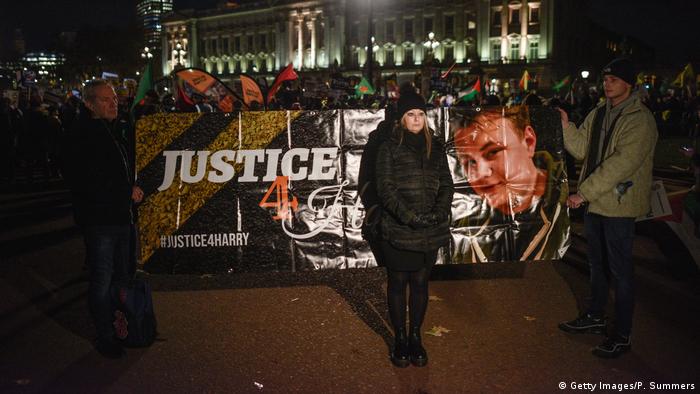 Britain has requested the extradition of an American diplomat's wife who fled to the United States after a car crash in England that killed 19-year-old Briton Harry Dunn, a spokesman for the UK interior ministry said on Friday.

British prosecutors charged Anne Sacoolas last month for reckless driving over the crash last August in which Dunn was killed while riding his motorbike.

"Following the Crown Prosecution Service's charging decision, the Home Office has sent an extradition request to the United States for Anne Sacoolas on charges of causing death by dangerous driving," a Home Office spokesman said in a statement.

"This is now a decision for the US authorities," the spokesman said.

The State Department maintains that Sacoolas, the wife of an American intelligence officer based at a British air base, had diplomatic immunity while in the UK and should not be held accountable. She has refused to return to the UK voluntarily.

Responding to the extradition request, the State Department said Friday it "would be highly inappropriate."

"The use of an extradition treaty to attempt to return the spouse of a former diplomat by force would establish an extraordinarily troubling precedent," a department spokesman said in a statement.

Sacoolas was driving on the wrong side of the road at the time of the crash.

British Prime Minister Boris Johnson said last month that it was wrong for Sacoolas to claim diplomatic immunity and urged President Donald Trump to reconsider the US position.

Lawyers for the former police officer had appealed to the European Court of Human Rights to take up his case, but failed. Sandoval is wanted over an alleged kidnapping and a slew of other disappearances. (15.12.2019)

A judge in Belgium suspended an arrest warrant against Carles Puigdemont and another pro-independence politician. The Catalan separatist leader is wanted in Spain on charges of rebellion and sedition. (02.01.2020)