Haribo gummy bear ingredients made by modern slaves, documentary shows | Germany | News and in-depth reporting from Berlin and beyond | DW | 19.10.2017

Much-loved German confectioner Haribo has come under intense criticism after a documentary discovered cruel conditions in the manufacture of a key ingredient in Brazil. Pigs also suffer in the making of gelatin. 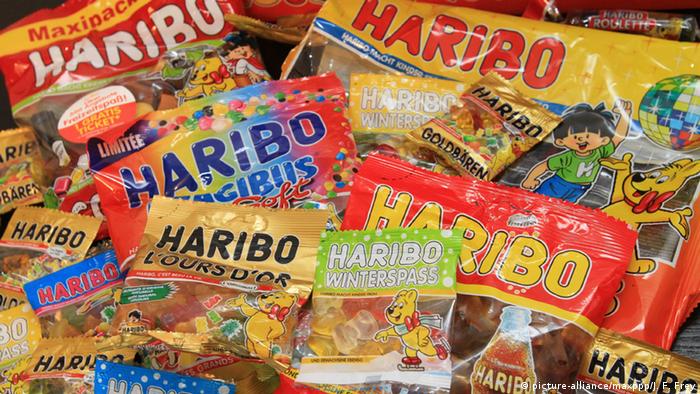 Germany's global candymaker Haribo was forced on the defensive on Thursday after a documentary by public broadcaster ARD revealed horrifying conditions for both the animals and humans responsible for the manufacture of key ingredients of the much-loved gummy bears and other Haribo products.

The 45-minute documentary Markencheck ("brand check") examined both the health and production issues of Haribo products, which are sold all over the world, and found failures of oversight in the production of carnauba wax and animal gelatin that left some of Brazil's poorest workers, and pigs in industrial farms in Germany, suffering in horrific conditions.

Carnauba wax, which is applied to gummy bears to make them glossy and prevent them from sticking together, is gleaned from the leaves of carnauba palm trees, which only grow in Brazil's northeastern states of Piaui, Ceara, Maranhao, Bahia, and Rio Grande do Norte — among the country's poorest regions.

The wax is also used in products like car oil, shoe polish, and dental floss, and some €100-million ($118 million) worth is exported from the region to many countries around the world, chiefly the United States, Japan, and Germany. 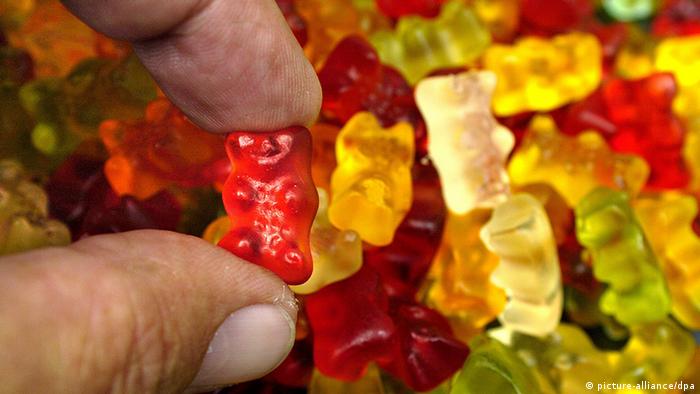 The filmmakers found Haribo was sourcing its carnauba wax from plantations where workers earning 40 Real ($12, €10) a day have to cut the leaves down with hooked blades tied to long poles, are forced to sleep outside or in trucks, have no access to toilets and have to drink unfiltered water straight from nearby rivers. Some of the workers are also underage.

The conditions on the plantations are so poor that the Brazilian police occasionally carry out raids to free the workers. A Brazilian Labor Ministry official said there had been an increasing number of complaints about the carnauba wax industry and that authorities had found many people working in conditions "that could be described as slavery."

"The workers are treated as objects, worse than animals," he said. 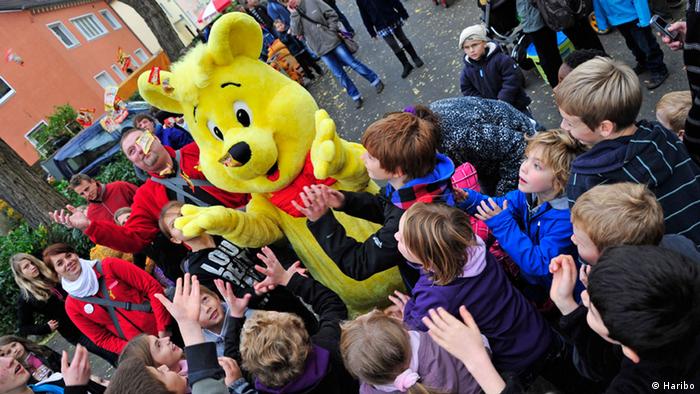 Haribo remains one of the most successful German candymakers

Germany's branch of Amnesty International said it was up to German companies to check that suppliers don't commit or contribute to human rights abuses.

"If there are human rights abuses, they have to provide remedy and compensation," business and human rights expert at Amnesty Germany. "Unfortunately, the German government has failed to really bind companies to their due diligence obligations."

Rohrbach went on to point out that other countries, such as France, had drawn up laws obligating companies to pay attention to human rights and the environment all the way along their supply chains. According to the Global Slavery Index, 40.3 million people live in modern slavery around the world today.

As part of the film, ARD also aired footage recorded by an animal rights group in pig farms in northern Germany. The unnamed farms provide pig skin for meat producer Westfleisch, which processes it for Haribo's gelatin supplier Gelita. The footage showed pigs with open sores and abscesses living in indoor pens in their own excrement and in some cases among their own dead. Some pigs were also deprived of drinking water.

Veterinarians interviewed on the program said that the conditions clearly violated Germany's animal protection laws. The animal rights organization Tierretter, which provided the footage by secretly entering the farms at night, said in a statement, "It almost seems cynical that a product that is partly manufactured under such cruel conditions for animals is given the form of a cute animal." 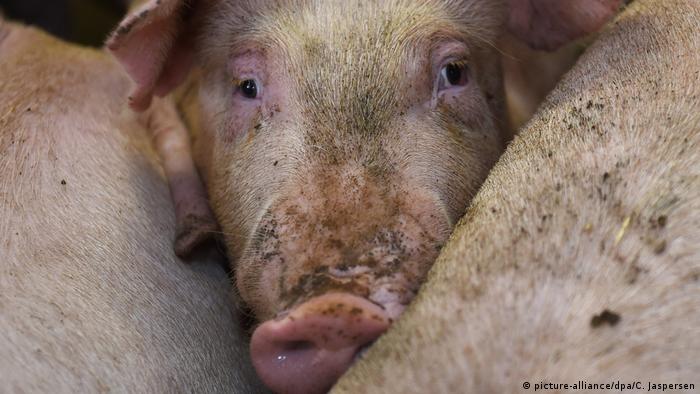 Pigskin is needed to make gelatin for Gummy Bears

In response to the documentary, Westfleisch said it was "not aware" of any violations of German animal cruelty laws at its farms. Gelita said it supported all measures for "species-appropriate animal farming." Gelita also claimed that the pigskin it used came "exclusively from healthy animals that are slaughtered in approved slaughterhouses and are subject to examinations."

In response to the ARD's documentary, Haribo offered a statement saying that they were not aware of a "violation of our guidelines" but that it would "proactively" pursue the issues with its suppliers.

"We are a company that wants to bring joy to children and adults," the statement added. "We can therefore not accept the disregard of social and ethical standards."

Haribo pledged to examine conditions along its entire supply chain in an effort to uncover abuses. The Bonn-based firm added that it did not know where the footage in the pig farms had been recorded, or whether this was one of Haribo's direct suppliers. The company said it had asked the broadcaster to supply it with more information, and that "in principle, everyone in society must think about how to deal with species-appropriate animal farming. We are committed to that and are aware of our responsibility."

How Germany's Easter bunnies are tormented for food

Animal rights groups have used the Easter holiday to flag up the plight of rabbits farmed and fattened for food in Germany. The legislation is not strong enough to protect the animals from suffering, they say. (17.04.2017)

A 74-year-old German has tried to extort a million euros from the candy maker Haribo and two supermarket chains by threatening to poison their products. He told the court he was acting out of a fear of poverty. (10.07.2017)