Germany is a highly-coveted partner on the international stage. As a respected global power, it needs a strong mandate from the upcoming elections, says former Afghan President Hamid Karzai. 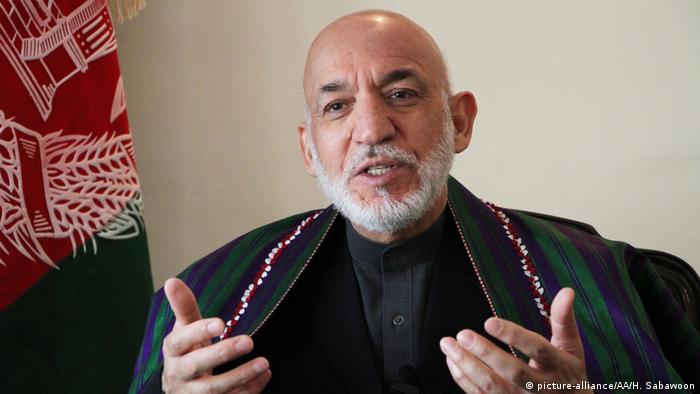 We in Afghanistan naturally hope that, no matter what the outcome, Germany’s rock-solid economic base will continue to exhibit its reliability.

This will be good for the country's capacity to offer not just development aid — for which we in Afghanistan are entirely grateful — but also its technology and investments, and needless to say exports.

In my country, industrial goods from Germany are highly-prized on account of their highest grade quality and design, as they have been for over a century since the start of German trade relations with Afghanistan.

Recent choices made by some of the world's leading countries - the Brexit vote in Britain and the creation of an uncertain political and economic matrix in the United States - have also cast Germany in a new mold. Germany is a pillar of stability in Europe thanks to the stability of the German economy as well as the social cohesion in the country.

Even in the face of somewhat wider income disparities than before, unemployment rates are still low relatively speaking and wages a rising trend. This should further the process of social cohesion in Germany, and also help anchor Germany's capacity to remain constructive about issues relating to immigration and refugees.

On this count Germany has earned considerable international goodwill, especially in West Asia and Afghanistan, where Germany's prestige has been high for many decades.

Today, the largest block of Afghans in Europe lives in Germany. Our people have the capacity to be net contributors, economically and socially, when given the right environment. I cannot stress this enough when I speak to my German friends.

Even at election time I would urge the German people - with their highly admirable diligence, great traditions of philosophy and literature and music and art - to show an understanding of the international milieu. My submission is that recent emigration from Afghanistan (and some West Asian societies) has been the result of chaos, war and human displacement to which policies of leading Western powers have contributed. It is less of our own making than many may think.

In Afghanistan, we are deeply conscious of the political contribution that Germany has made to help us overcome crippling obstacles during the Soviet invasion and after the end of rule by the Taliban in 2001.

Back in 1998, it may not be widely realized, the German government helped us to organize an intra-Afghan dialogue in Bonn through the Friedrich Ebert Foundation. Later, at the end of 2001, Bonn hosted the well-known conference which inaugurated the post-Taliban processes for Afghanistan. I would be happy if Germany continues to play a positive role after the election, especially in the fields of training, capacity-building of our security systems, developmental aid and more so in helping bring peace to Afghanistan.

Read more: Afghanistan - sent back to a war zone

I have had the privilege of having worked with two of Germany's outstanding leaders. Chancellor Angela Merkel has been stout as an oak. My own term in office coincided with hers for nearly a decade and am grateful for her thoughtful and generous support to my country. President Frank-Walter Steinmeier also showed deep understanding of the complexities and possibilities of our mutual relationship.

In Germany, I understand, governments need to be coalitions, almost by definition. All power to the people to bring about a constructive coalition, one that can make Germany realize her full potential in Europe and the world.

On September 24, all eyes will be on Germany as it heads to the polls in a parliamentary vote that will determine whether Angela Merkel remains chancellor. DW breaks down the ins-and-outs of the election process. (04.08.2017)

Opinion: Shall I be mother? When doctors make the worst patients 23h ago