Hamburg's supervisory board chairman steps down

Karl Gernandt has stepped down as the chairman of the supervisory board of troubled Bundesliga club Hamburg. This comes just days after the head of the executive board, Dietmar Beiersdorfer, was relieved of his duties. 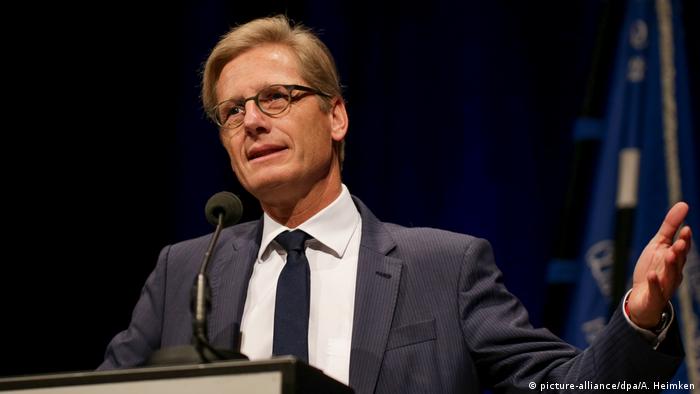 In a statement announcing his resignation posted on Hamburg's official website on Tuesday, Karl Gernandt (pictured above) said his decision came as a direct result of leaks from other members of the supervisory board related to Dietmar Beiersdorfer's sacking.

"I cannot and will not carry the main responsibility for such behavior," Gernandt said, before adding that such "deliberate indiscretions" had put the long-term development of the club at risk.

"When personal motives are placed above professional behavior, that makes sustainable leadership impossible," he said.

However, Gernandt, 56, who had chaired the supervisory board since 2014, intends to keep his seat on the six-member board, which is to be led by one of the two deputy supervisors, Felix Goedhardt or Jens Meier, until an election is held.

Former executive board chairman Beiersdorfer, meanwhile, has spoken publicly for the first time since his dismissal was announced on Sunday.

"We had two points from 10 matches, that shakes up a club," he said in Tuesday's edition of the mass-circulation newspaper "Bild." "But of course one would hope for more trust and loyalty for all of the things that I, along with our team, had put on the right track, particularly since I am convinced that we are on the right track.

Hamburg have appointed former Frankfurt chairman Heribert Bruchhagen as Beiersdorfer's replacement.The 69-year-old Bruchhagen is to take up his duties on the Elbe on Wednesday.