Hamburg teachers in a letter have labelled a complaints portal set up by the opposition AfD as a public call to "denunciation." Local far-right parliamentarians claim "political neutrality" in classrooms is endangered. 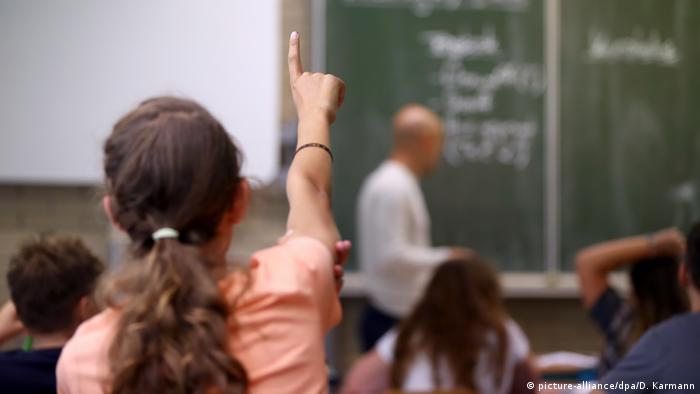 Some 100 teachers at Hamburg's reformist Max-Brauer-School sent their letter to the portal run by the six opposition AfD politicians in the city-state's 121-seat parliament [Bürgerschaft], accusing them of misrepresenting the meaning of German school law calling for political neutrality in classrooms. They also speculated that this might be an intentional move on the AfD's part.

"You do not shy away from cynicism in attempting to portray this as a 'fight for freedom of opinion and therefore for a vibrant democracy,'" wrote the teachers whose 1,300-pupil school highlights inclusion and individualized learning.

Replying, Alexander Wolf, who heads the AfD group in the Hamburg assembly governed by a center-left coalition of Social Democrats and Greens, described the teachers' open letter in itself as "revealing," claiming that the broadside hit the AfD with "the Nazi cudgel" and pre-judged the party, making "an open discussion impossible."

Last month's launch of school-critique portals by AfD branches in Hamburg and Berlin prompted broad condemnation, especially from teachers' unions as well as Federal Justice Minister Katarina Barley, who described such campaigns as "a tool of dictatorships."

"The pupils should be taught ways to examine politics critically" from various perspectives, said Karliczek.

"A teacher on the subject of politics must thereby be able to explain on which grounds different ways of thinking originate and which parallels can be found in history," she said.

The Hamburg AfD's "Neutral Schools" campaign includes a simple web page on which members of the public can enter contact details and a text, or send an email.

An AfD preface text promises to forward such complaints — anonymously — to school authorities for perusal and potential labor-law "disciplinary action."

In their letter, the teachers alluded to several past comments and statements from AfD officials that they deemed a threat to their values.

"We are of the opinion that you are misunderstanding the requirement of neutrality in schools and are trying to intimidate us," they wrote. "The maxim of the Max-Brauer-School is that 'diversity is richness.' We do say that we consider this principle to be endangered by a party whose leading personnel describe Turkish people living in Germany as 'camel drivers' and wish to 'dispose of' senior politicians in Anatolia."

These were references to past comments from AfD co-leader Alexander Gauland about a former deputy chairperson of the Social Democrats with Turkish roots, Aydan Özogrz, and from a politician who resigned from the AfD's top job in the state of Saxony Anhalt as a result of his comments earlier this year.

Pupils were "explicitly" informed about the "dangers" the AfD posed to Germany's liberal democracy and its "hostile attitude" toward press freedoms, human rights and civil rule of law, the teachers wrote. 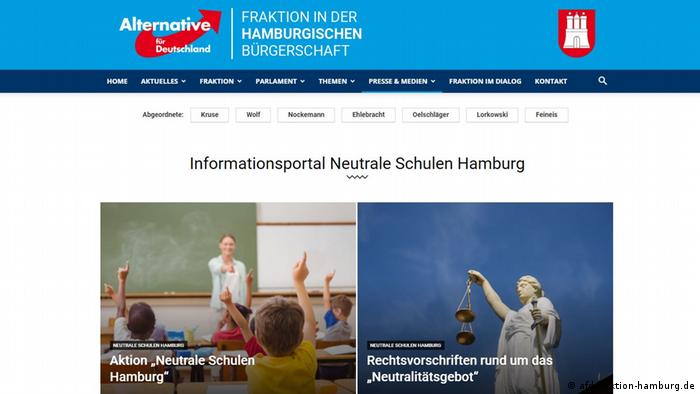 They also alluded to Gauland's characterization last June of the Nazi period as a speck of "bird poo [Vogelschiss] in over 1,000 years of successful Germany history."

"In class we broach the issue of the repeated and continual reduction of complex situations combined with the apportioning of blame to a minority that takes place within the AfD...," the open letter states.

Former Berlin teacher-training expert Kurt Edler told the left-wing Tageszeitung (TAZ) newspaper in early October that teachers were not supposed to be entirely apoliticial but instead had an "obligation to democratic partisanship."

"Through school law and the Constitution, they are fundamentally required in terms of human rights and democracy to stand up against xenophobia, racism and discriminatory attitudes as propagated constantly by the AfD," Edler said.

Legal counsel for the German [Philogist] Teachers Association' branch in North Rhine-Westphalia state, Stefan Avenarius, told the Protestant epd news agency in early October that controversial discussions in class should be factually based but without lobbying for a certain party political line.

Teachers had no cause to be worried about disciplinary action resulting from an AfD complaints portal, Avenarius added.