British-born Sir Jeffrey Tate was one of the most renowned and versatile conductors of his generation. Music critics described him as a "lover of precision" and "aficionado of details." 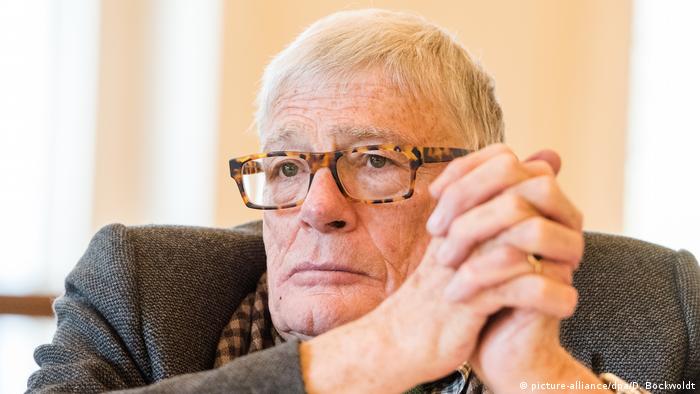 Sir Jeffrey Tate, the lead conductor of the Hamburg Symphony Orchestra, died of a heart attack in the Italian city of Bergamo on Friday.

"His music has made the world a better place, and we are infinitely grateful for the hours, days, and years we could spend with Sir Jeffrey," the Hamburg Symphony Orchestra said while announcing his death.

Tate, who spoke fluent German, had been the chief conductor of the Hamburg Symphony Orchestra since 2009, with a contract through to 2019.

His repertoire included key works of Richard Wagner, Mozart and Richard Strauss, among others.

He was considered one of the leading interpretors of Wagner and conducted more than 20 complete Ring cycles over his career.

He was knighted by Britain's Prince William in April this year - just six weeks before his death - in recognition of his international services to music.

Born with a spinal deformity, Tate studied medicine at Cambridge and spent two years as an assistant physician.

His musical career started as a repetiteur and coach at the Royal Opera House in Covent Garden, London. He worked as an assistant to Herbert von Karajan in Salzburg and James Levine in New York, as well as to Pierre Boulez in 1976 at the Bayreuth Festival.

Hamburg's Elbe Philharmonic Hall is being billed as the cultural landmark of the century. A book now documents the epic project of Swiss architects Herzog & de Meuron.    (05.11.2016)