A Palestinian man who confessed to a knife attack at a Hamburg supermarket has been sentenced to life in prison. One man died and six more were wounded in the July 2017 attack. 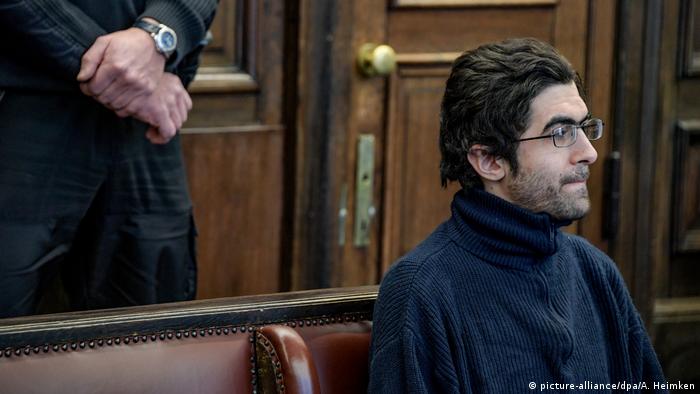 Ahmad A., a 27-year-old Palestinian, has been given a life sentence for wielding a knife in an Edeka supermarket in the Hamburg district of Barmbek last July. He was convicted of murder, attempted murder and grievous bodily harm in six cases.

During the trial, the defendant confessed to the offense, which he said was a "contribution to worldwide jihad." The defendant entered a supermarket on July 28 last year, snatched a knife from the shelves and stabbed a 50-year-old man to death. Six more were wounded in the attack.

Outside the shop, seven people — most of them migrants — prevented further mayhem by hurling rocks and chairs at the attacker and subduing him until police arrived.

No chance for early release

The Hamburg court also stressed the "particular severity of the crime," a legal term in Germany that usually means the convict is unlikely to be released early.

Prosecutors had said the attack stemmed from a "radical Islamist" motive, charging that the man had hoped "he would die as a martyr." Links to the "Islamic State" (IS), however, could not be confirmed. During the course of the trial, however, he shaved off his beard and apologized to the victims in court.

Ahmad A. came to Germany in 2015, having been rejected for asylum in Norway, Sweden and Spain. He was due to be deported after his asylum application was also rejected in Germany, but the process was held up because authorities were still waiting for the necessary identification documents.