The smartphone applications could access soldiers' location and modify their phone into a listening devices, among other features, the Israeli army said. The app is said to have offered live streaming of games. 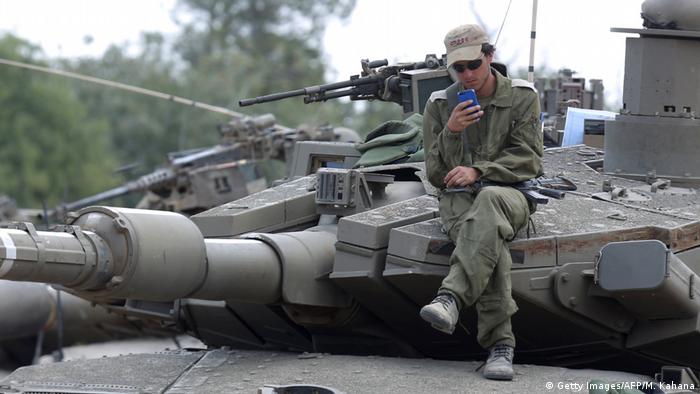 The Israeli army accused Islamist militant group Hamas on Tuesday of having attempted to hack into its soldiers' phones through the use of a World Cup-related app. Two dating apps were also involved, Israeli officials said.

"No damage was done, as we stopped it in time," the military said of its counter efforts, codenamed "Operation Broken Heart."

The alleged attack mimics the one reported by the Israeli military in January 2017, when the cellphones of dozens of soldiers were hacked by Hamas militants posing as attractive young women.

The Gaza strip-based Palestinian militant group declined to comment on the allegations.

The Israeli military did not disclose how it knew of Hamas' involvement.

The militants allegedly employed three different applications, which were downloaded 400 times from the Google Play Store. Only 100 soldiers fell for the bait and downloaded the apps.

Like prior attempts, Israeli officials say that Hamas militants used the two dating apps to try to access male soldier's phones, luring them through conversations with attractive women. The photos and personal details on the fake profiles were stolen from Facebook profiles of real women.

But this time the militants expanded their scope with the World Cup app, targeting both male and female officers. The "Golden Cup" application offered "HD live streaming of games, summaries and live updates," authorities said.

The malicious applications allowed Hamas to access the soldiers' location, covertly take and send photographs, modify the phone into a listening device, copy files and photos, among other features, authorities said.

"What Hamas is bringing to the table is a very good knowledge of our young people and their state of mind," another officer said, commenting on how the militant group had used fake Facebook profiles of young Israelis and communicated in fluent Hebrew, even employing today's slang.

The applications have been deleted from the Google play store by the tech giant, which added that their awareness of the potential security risk that apps pose has increased, especially since the army had informed them of previous hacking attempts.

The UN General Assembly has voted to condemn Israeli violence against Palestinian protesters in Gaza. A US attempt to blame Hamas failed to pass. (14.06.2018)