Hamas caught between the frontlines | World | Breaking news and perspectives from around the globe | DW | 26.10.2013

Hamas caught between the frontlines

Hamas is caught between the frontlines: The Palestinian group needs money from Qatar and at the same time has good ties with Qatar's enemy, Iran. 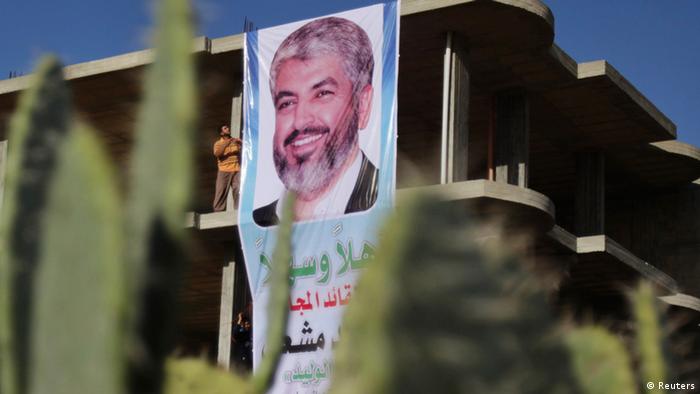 With the Arab World in transition, radical Palestinian group Hamas needs to sort out its allies. While for years the group had been the only Sunni element in the Shiite-Alawite alliance of Syria, Hezbollah and Iran, Hamas at the same time has its origins in the Sunni Muslim Brotherhood - which in turn is hostile towards the Shiite alliance.

When people in Syria took to the streets against the regime of Bashar al-Assad, Hamas found itself in somewhat of a pickle: One the one hand, Damascus had been a long-term supporter of Hamas and host of their leadership in exile. On the other hand, most of the dissidents in Syria are fellow Sunnis. As the brutal suppression of the Syrian protests escalated further, Politburo chief Khaled Meshaal left the country and moved Hamas' political bureau from Damascus to Qatar. 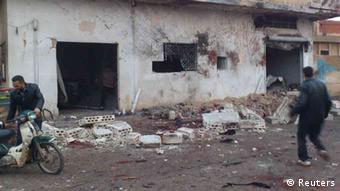 From Damascus to Doha

The move pointed to a significant change towards siding with Qatar - a country supporting the Syrian opposition. Also, Qatar is largely Sunni - just like Hamas - and so far has not been affected by the Arab Spring uprisings.

Within Hamas, the move towards Qatar had been controversial though, for Meschaal had decided on the new course by himself. "There are different factions within Hamas," explains Maren Koss, junior research fellow at the Giga institute Hamburg. "There are some that are closer to Qatar and others that are closer to Iran." The political break with Syria means that Hamas at least in part has cut it's ties with Damascus' ally Iran. Tehran is not amused and has begun limiting the financial support and arms deliveries to the Palestinian group. "The ties with Iran were never cut but they did suffer from the change in strategy," says Felsch.

All hopes pinned on Egypt

Hamas had hoped for investment and for an end to the blockade of the Gaza strip. Even though now-ousted president of Egypt, Mohammed Morsi didn't fulfill all of Hamas' expectations, it still seemed to make sense for the Palestinians to turn towards Cairo. Transporting vital goods into Gaza through the tunnels from Egypt got easier. "A substantial part of goods, building materials but also weapons comes though the tunnels. This only works if Egypt tolerates it," explains Hamas expert Johannsen. And that's not the case anymore since Morsi got ousted. The new military leadership has little love for Hamas but instead close ties with the US. 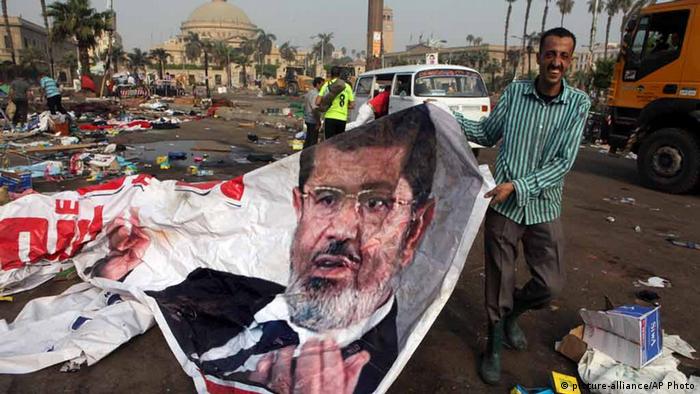 With Morsi ousted, Hamas lost Egypt as a crucial ally

Caught between Iran and Qatar

That means that now, the Palestinian group is tied even closer to Qatar though it is not shipping goods or weapons but merely money. The tunnels have largely been closed down and the blockade of the Gaza strip is set to continue. Also, there's been a change of leadership in Qatar in summer 2013. "The new Emir Tamim Bin Hamad is somewhat more reserved towards Hamas. It's difficult to ascertain his position yet," said Maren Koss. Hamas' paramilitary arm in Gaza, the Kassam Brigades are therefore calling for a return to closer ties to Iran to ensure fresh weapons deliveries to Gaza.

Felsch sees this as the next possible step. "Qatar is an insecure element and is under pressure from conservative groups in the US over its support of a 'terrorist organization'. That's why Iran in the long run will be the more reliable option from the perspective of Hamas." Iran most likely would also try to stabilize ties with Hamas. "In Teheran, this would be seen as a victory against the Gulf states."

Hamas wants to stay in power in the Gaza strip so its goal is to survive the power struggle in the Middle East, Johannsen explains. "It's less about ideology, but more about money and arms." As long as the diplomatic isolation of Hamas at the hands of the West continues, the group will be forced to continue maneuvering between Iran, Qatar and Egypt, she says.

The latest upheaval in Egypt has left the Hamas-led government in Gaza, who had pinned their hopes on the Muslim Brotherhood, reeling. The border with Egypt is closed and supplies have been affected. (23.08.2013)

After years of stalemate, Israelis and Palestinians have agreed to hold talks again to solve the Middle East crisis. It's a first success for US Secretary of State John Kerry who has been pushing for such talks. (23.07.2013)

How the West responds to Egyptian President Mohamed Morsi will show whether Western countries are serious about supporting democratic movements in the Arab world, says DW's Rainer Sollich. (29.06.2013)