Gaza in a state of shock after Egypt upheaval

The latest upheaval in Egypt has left the Hamas-led government in Gaza, who had pinned their hopes on the Muslim Brotherhood, reeling. The border with Egypt is closed and supplies have been affected. 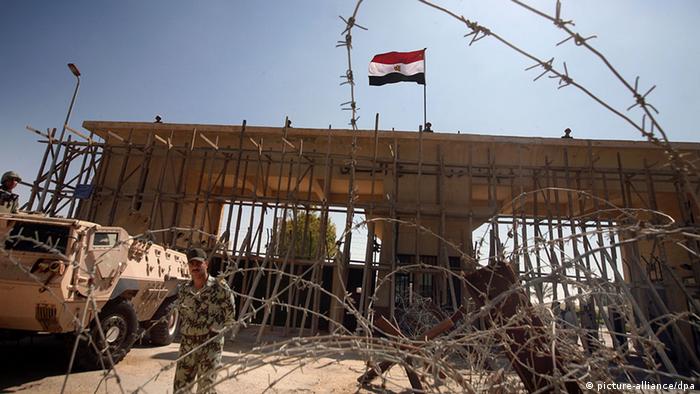 Today is another one of those days travel consultant Nabil Shurafa spends mainly cancelling or rescheduling flights. Since the ousting of Islamist president Mohammed Morsi in Egypt the border crossing in Rafah, located between the Gaza strip and Egypt, is only open a few hours a day, if that. Often, it remains shut all day. 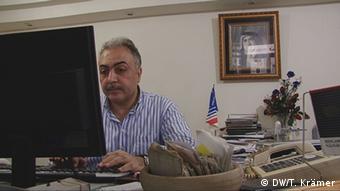 Shurafa's customers are stuck in Rafah. "Every time there is a problem in the region, the people of Gaza have to suffer the consequences," Shurafa, who has seen similar situations many times, complains. But the last few years have been particularly tough on his family-run business. "We book, cancel and then book again. We always try to keep the fees low for our customers," he tells DW, as he attempts to find a way to reschedule someone's flight.

His travel agency operates in a region where it is almost impossible to do business, as its 1.7 million residents are not able to travel as and when they please. Crossing the border via Rafah had been an exercise in patience in the weeks leading up to Morsi's ouster, but at least the conditions for leaving Gaza had been relaxed.

Those conditions are a thing of the past now that the military has taken control in Egypt. Passengers waiting near the terminal are tense and frustrated. Some travelers return every day in the hope of being able to leave. "I have an important exam at my university in Algeria at the beginning of September," Iyad Abu Zanouma says. "If I don't get out soon, my visa for Algeria will expire. We're people, not animals you can just lock away," the young student complains.

A day before, the border crossing opened from 11 a.m. to 1 p.m. but only a few people managed to get out.

The passenger sitting next to him has a similar story. The young Palestinian, who has a Norwegian passport, came to see his parents over the summer. He is trying to get to Cairo and then on to Norway, where his wife and children are waiting for him. He also has to get back to work.

"My boss is not exactly thrilled about me not making it back in time, but, so far, he has been very understanding," Abu Shark says. No one is expecting the government in Gaza to help, people here say Hamas is far too preoccupied with its own problems at the moment. 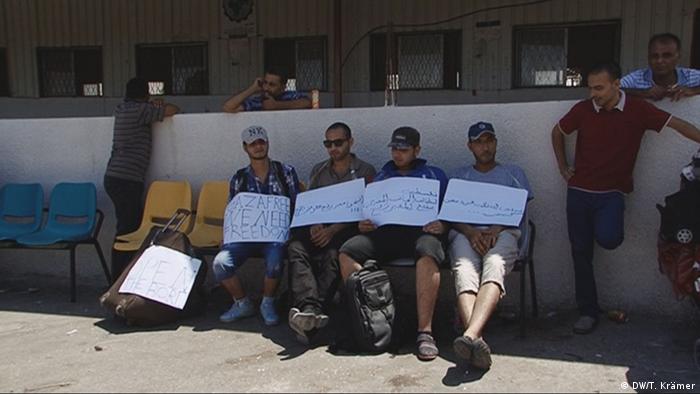 Hamas in a state of shock

"For Hamas, Morsi's ouster has been like a political tsunami," says Palestinian political expert Omar Shaban, who lives in Gaza City. "For the past year, they've had every imaginable support - both economic and political - and suddenly, it's all changed," he explains.

While some allies in the region distanced themselves from Hamas, the Morsi-led government in Egypt provided ideological support. Qatar had promised millions in financial aid.

The change of leadership in Egypt has forced Hamas to rethink their situation. Many believe it will crack down even harder to be able to control the Gaza strip and its residents.

Security staff are already getting nervous. The foreign bureaus of two independent news outlets, Ma'an News and Al Arabiya, were closed down recently, allegedly for being biased against Hamas.

An Internet video by the Tamarod Gaza group is another thorn in the authorities' side. The clips shows masked men calling for peaceful protests against Hamas - similar to the Tamarod movement in Egypt that led to mass demonstrations on Tahrir Square at the end of June. Four Palestinians have already been arrested in connection with the video, according to media reports.

Hamas' official statements strike a diplomatic note. "The Egyptians are concentrating on their own affairs for now," according to Hamas spokesman Ihab el Ghussein. "But we hope stability will return soon and that the Palestinian question will be back on the agenda." But observers believe there will be no quick return to better relations.

In southern Gaza, the situation is particularly tense. In recent weeks, the Egyptian army has flooded or blown up many of the underground tunnels that run between Gaza and Egypt's Sinai. Apparently, more than half of the underground supply routes have been destroyed in that way. 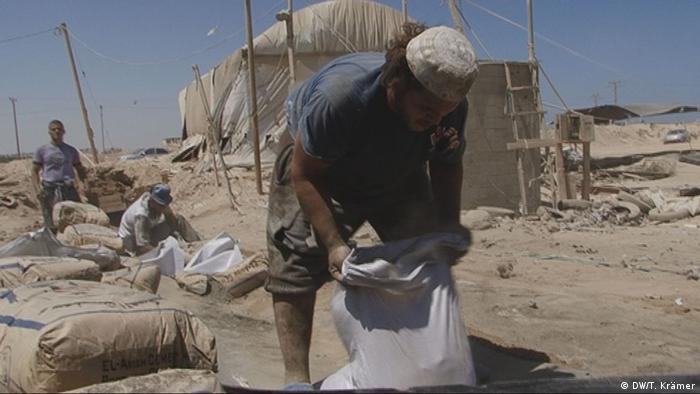 Work at Gaza's tunnels has largely dried up

Hamas' security forces are meanwhile patrolling on the Palestinian side, journalists can only gain access with special permission. From their watchtowers, Egyptian border police are looking down on the numerous white tents and mud mounds on the other side. It is fairly quiet there these days.

There is a commotion at one of the tunnels. Sacks of cement coming from the Egyptian town of El-Arish in Sinai are being pulled out of the tunnel every five minutes.

"At the moment there are days where we get neither cement nor steel nor anything else. And that won't change until there is political stability over there," tunnel worker Mohammad says, wiping cement dust off his forehead.

The tunnels are an important supply route network for Gaza. Food, building materials and weapons are all smuggled through them to the locked-in region. Officially, everything has to enter Gaza via the Israeli border point Kerem Shalom. Hamas, which levies taxes on anything that comes through the tunnels, has already lost millions since the latest tensions, according to the economics ministry there.

The tunnel workers are glad to at least have work today. Their average daily wage for a 10-hour shift is 120 shekel (25 euros, $33.5). Nobody knows what the future holds, Mohammad says. But he has got used to not being able to plan ahead. "Our situation always depends on Egypt, where Egypt goes, Gaza follows," the young man says and carries on stacking sacks of cement on a truck.

The uncertainty is always there in Gaza - these days even more so than usual.

Even though a new trial already awaits, Hosni Mubarak is free. Few Egyptians harbor a grudge against the former dictator, but some want a different kind of trial. (23.08.2013)

The EU's foreign ministers have reacted to the ongoing bloodshed in Egypt with a joint resolution: no more weapons exports to the North African country. And they repeated the demand for talks. (22.08.2013)