Jovenel Moise has urged the international community to step in and prevent a "humanitarian crisis" erupting in the Caribbean island nation. Meanwhile, his opponents have taken to the streets and want him to step down. 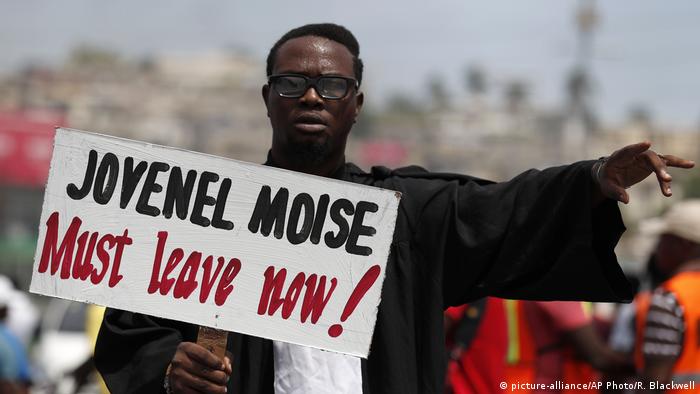 "We are in the midst of a humanitarian crisis ... We need international support to get through this crisis," Moise said in an interview with news agency Reuters.

His call for help comes two months into anti-government demonstrations that he has attributed to the exacerbated food insecurity in the country.

While protest turnout in what has become the country's longest wave of demonstrations for years has weakened over the last two weeks, opposition parties and organizations have scheduled a nationwide protest on Monday to demand Moise to step down.

Monday is a national holiday in Haiti which commemorates the victory over the French in a major battle of the country's independence war. 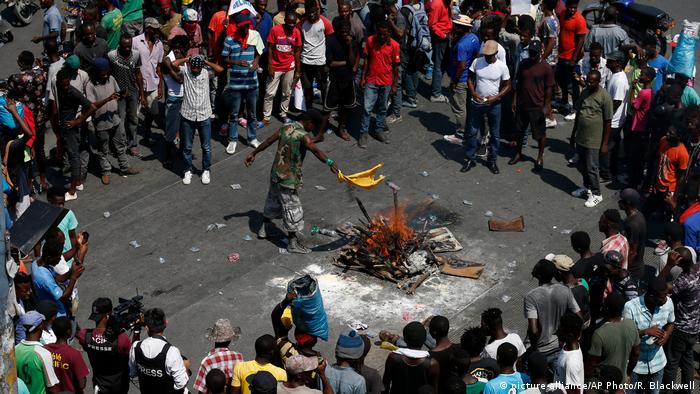 Haiti is the poorest nation in the Americas. Almost 3.7 million people are in urgent need of help to meet their daily food requirements according to the United Nations World Food Program (WFP).

Humanitarian organizations are struggling to provide aid due to protester barricades blocking roads, as well as gang violence and other crimes.

The WFP has announced it would launch air and maritime transport operations, but said it first must raise $2.9 million (€2.6 million).

Moise said his government had requested aid from US President Donald Trump in October, receiving 2,000 tons of food aid.

Opposition parties accuse the US of backing Moise and ignoring the plight of Haitian civilians. 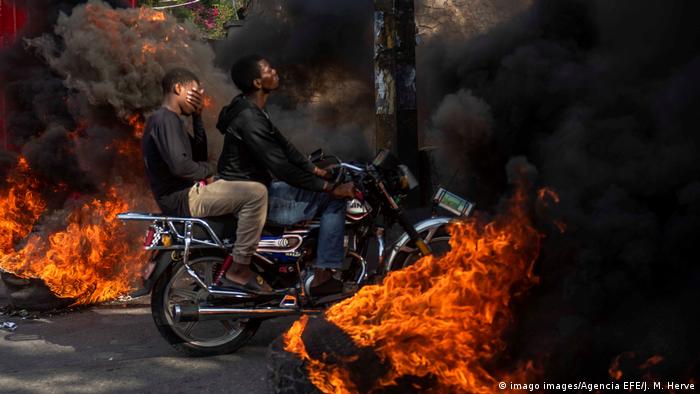 Protesters across the country have taken to the streets, with some demonstrations turning violent

Read more: Haiti, the UN, and the unintended effects of a peace mission

Police officers also protested Sunday in various cities across the country for the second time in a month, demanding better working conditions and to have the right to organize unions.

Their demands included living wages, better sanitary conditions in police stations and social benefits, and justice for murdered police officers. If their requests are not met, police vowed to rebel.

In the capital of Port-au-Prince, some police officers wore civilian clothes or uniforms during the march. Some also wore hoods to conceal their identities as law enforcement members are forbidden to demonstrate.

In the peaceful march, the agents were accompanied by family, friends and several dozen activists. They marched up to the General Directorate of the National Police in the Petionville district, where they handed over a document outlining their demands.