The assassination of President Moise tops off a crisis that has been smoldering in the Caribbean state for years. Politicians and organized crime gangs are equally responsible for Haiti's problems. 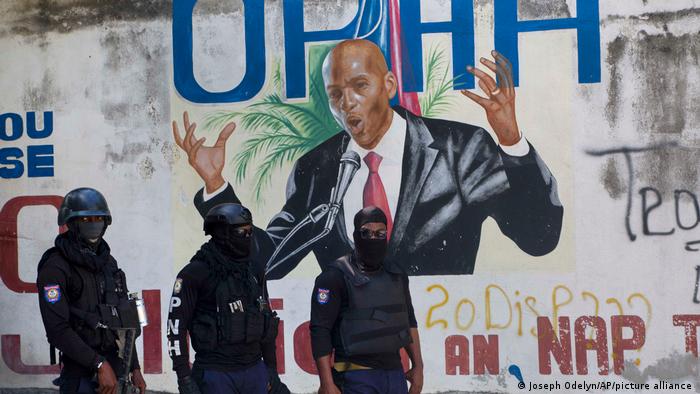 Moise, who had been ruling by decree for more than a year, grappled with violent protests as critics accused him of trying to amass more power

Haiti has become "a country in a state of shock" following the murder of President Jovenel Moise, Radio Metropole broadcaster Richard Widmaier told listeners as they tuned in to his news program from the capital, Port-au-Prince.

The newscaster and station director later told DW that following the killing, "it's like the streets of the capital have been swept clean." Wednesday's murder, he added, took locals accustomed to crises and violence by complete surprise.

"We are puzzled as to who could be behind [the attack]. Was it a coup? What role did foreign countries play?" political scientist Roland Joseph queried, summing up the general state of confusion across the nation. Police are still looking for those responsible for Wednesday's raid in which the president (center) was shot to death and his wife, Martine (right), critically wounded

Jovenel Moise ruled the Caribbean country for four years. The self-proclaimed banana exporter and ambitious political outsider soon came under fire for a series of corruption scandals: The ongoing economic crisis, the handling of the COVID pandemic, an increasingly authoritarian style of governing and, most recently, rampant violence which plagued Haiti.

Experts describe the situation in the country as "fragile."

"The longer the uncertainty lasts, the greater the risk of unrest and looting," said Anne-Rose Schön, a German entrepreneur who has lived in Haiti for several decades, and who has experienced many coups and crises during her time in the Caribbean nation.

Observers agree a professional assassination team was responsible for the murder. "I drove past the president's house at 8:30 p.m. and saw only one patrol unit," radio personality Widmaier said. Usually, the president has an entire squad of heavily armed bodyguards to protect him.

Neighbors first heard gunshots around 1 a.m., followed by heavy explosions and a deadly, hour-long battle involving semi-automatic weapons. After that, it became clear the president was dead and his wife, Martine, seriously injured.

The Haitian first lady was flown to the US state of Florida on Wednesday for medical treatment. There were no other reports of casualties. The couple's daughter, who had reportedly locked herself in her room, remained unharmed, local media said. The question remains, however, what role foreign mercenaries might have played in the killing. Interim Prime Minister Claude Joseph said some of the killers were believed to have spoken Spanish and English.

Voice recordings circulating online suggest the men identified themselves to Moise's bodyguards as being members of the US Drug Enforcement Administration (DEA). The US government maintained close ties with the Haitian leader, but denied any involvement in the incident.

Following an hourslong chase near the scene of the murder, four suspects were gunned down and a further two were arrested and taken into police custody.

In total, 17 people have been arrested in connection with the president's killing. Fifteen are Colombian nationals and two are Haitian-American, according to police.

A president with many enemies

The motive for the killing remains unclear. Only recently did the president himself say that corrupt oligarchs were trying to kill him — he did not name names.

Opponents have been demonstrating against him during his entire time in office. The protests were said to be fueled by Venezuela. The socialist government there — which had expanded its influence in Haiti by giving millions of dollars in aid following the 2010 earthquake — saw US-friendly Moise as a traitor. Only recently, Moise railed influential opposition senators with a proposal to amend the constitution and abolish the Senate.

Widmaier doubts whether the murder was a politically motivated coup. The opposition had been caught out and had no plan going forward. The journalist believes the killers could not have found a more unfavorable time for a change in leadership.

The country has not had an elected parliament for over a year, the chief justice died recently of COVID and Prime Minister Joseph, who took over as interim head following Wednesday's murder, had actually already resigned from the post, but his designated successor had not officially been sworn in.

A country swept up by violence and the mafia

In addition to any political opponents, criminal gangs may also have played a part in the murder. The groups have been making Port-au-Prince unsafe since the beginning of the year as incidences of gang-related violence continue to rise.

Jimmy Cherizier, also known as Barbeque, is deemed to be the city's most important gang leader. It is thought he has ties to the presidential palace, he even recently threatened to take power. His enemies are said to be on opposition politician's payrolls. 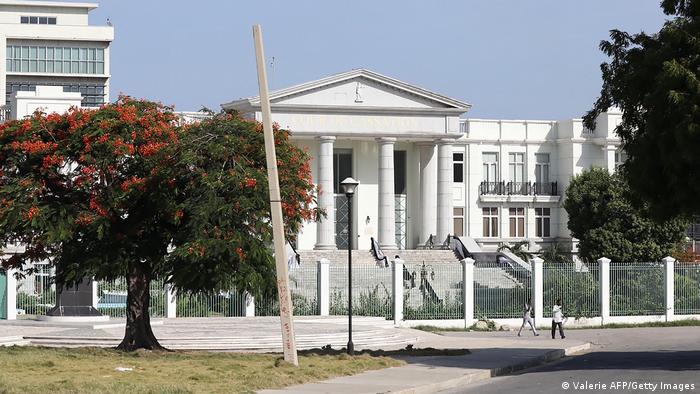 Violence is part and parcel of politics in Haiti. The Duvalier family of dictators had a feared death squad. In recent weeks, gang warfare has escalated — more than 150 people died in June alone, and some 14,000 fled clashes. "It is possible the gangs were out of control," political scientist Joseph speculates. "No one feels safe anymore."

A third hypothesis suggests maybe the mafia is behind the killing. Initial autopsy results suggest Moise was shot 12 times or more, broadcaster Radio Haiti Amerique reported. Additionally, the station said, Moise's hands and arms had been broken and his eyes gouged out, citing remarks made by Justice of the Peace Carly Henry Destin.

"Moise had many enemies," Widmaier contends. Among them were entrepreneurs like the Vorbe family, whose energy business had been seized by the government.

Other upper-class businessmen had also been targeted by the judiciary for corruption and embezzlement, Widmaier added. Moise, himself, was suspected of being involved in money laundering.

"This spiral of violence must eventually stop," said Roland Joseph from the Caribbean Center for Nonviolence and Sustainable Development, expressing his concern about Haiti becoming a mafia state. "We must learn to resolve our own conflicts peacefully."

Inequality in a Diverse World

4,000 peoples, 7,000 languages. We humans are a diverse bunch. But opportunities on the planet also vary widely. Why is there so much inequality? Global 3000 goes looking for answers.

Opposition leaders have appointed a transitional president to replace current president Jovenel Moise. The announcement came a day after Moise alleged an attempted coup to displace him.

Police say they seized weapons and cash after an alleged attempt on the president's life. More than 20 people, including a top judge and police official, have been arrested.

Haiti's police chief says four suspects were killed in a shootout and two are in custody. The UN has warned against any further escalation to the violence.

Haitians mourned President Jovenel Moise at a funeral in his hometown, as anger over his death triggered violent protests just outside the event.