"You Can't Always Get What You Want" is the chorus of the 1968 Rolling Stones hit by the same name that US President Donald Trump played back in 2016 during his election campaign rallies — without the rock band's authorization.

Once again, Trump has been employing the song during his election campaign rallies, such as in Tulsa, Oklahoma in late June.

The Stones' music rights organization BMI fired back, issuing cease-and-desist letters if Trump, who faces a slump in approval ratings, continues to use their songs for his purposes.

Say it with a song

Yet Donald Trump's presidential predecessors also used pop songs to score points with their respective electorates. It hasn't always been about content, but about how well the title or the chorus fit their election campaign goals and how much the music moved the masses.

Popular songs include Queen's "We are the Champions" and "I Won't Back Down" by Tom Petty, with George W. Bush using Petty's song in the 2000 election campaign and Hillary Clinton using it again in 2008. It is also on Donald Trump's playlist. 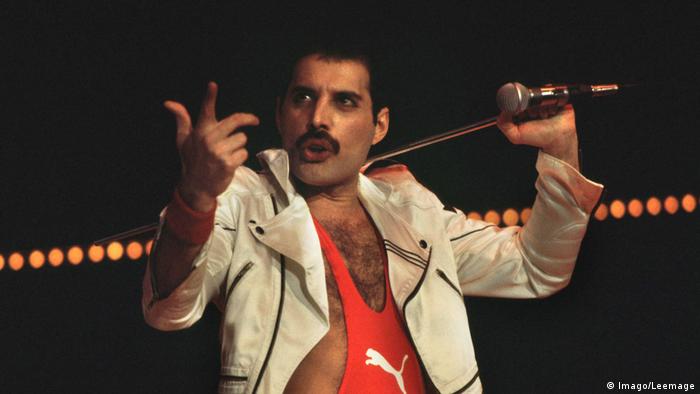 Queen's 'We Are the Champions' is another favorite among campaigning politicians

Sometimes, a politician might even be trying to make a point. When Barack Obama used Stevie Wonder's hit "Signed, Sealed, Delivered (I'm Yours)" in the 2008 campaign, the words "I'm yours" and "I belong to you" could stand for a president who wants to serve his people.

Frank Sinatra slightly changed the opening line to his 1960 hit "High Hopes"for John F. "Jack" Kennedy: "Everyone is voting for Jack, cause he's got what all the rest lack." Sinatra didn't go into detail about what exactly Kennedy had that all the rest lacked.

The Stones' song that Donald Trump likes to use at his election campaign rallies is actually about free love, peace and drugs. It is rather unlikely Trump's rallies are meant to advocate these issues. Perhaps it's the second line of the chorus that is closer to Trump's intentions: "But you can get what you need." The line suggests this president knows what his people need, even if it may not always be what the people want.

George Bush Senior also made an odd choice in his 1988 election campaign when he chose Woody Guthrie's popular folk song from the 1940s, "This Land is your Land" — a left-wing protest song. It was an embarrassing lapse for the Republican president.

How musicians try to protect their music

The Stones are not the only band emphatically opposed to Donald Trump using their music at his rallies. Adele, Aerosmith, Elton John, Queen and Tom Petty's family don't want Trump to play their music at his campaign rallies, either. Before he took office in 2016, musicians even released "anti-Trump songs" under the motto "Artists for a Trump-Free America," and those asked to sing at his inauguration refused. British singer Rebecca Ferguson agreed to perform on the condition that she could sing Billie Holiday's song "Strange Fruit," a protest song from 1939 denouncing the violence against Black people in the US. She was not booked. 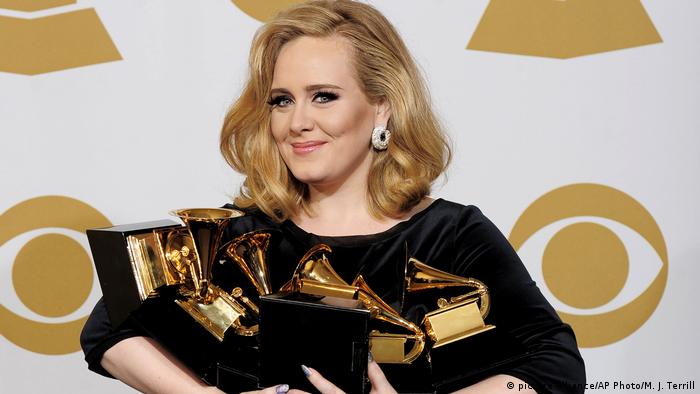 Adele denounced Trump's use of her music in 2016

The US president actually has his own personal anthem that he can have played any time. It is, however, the same anthem for all presidents and comes across as a bit old-fashioned in this day and age. Nevertheless, it is played at inaugurations.

The song "Hail to the Chief" from the Scottish Highlands was first played as an opener at James K. Polk's inauguration on March 4, 1845. In 1945, the US Department of Defense declared the song the official anthem of the President.

Trump does not use the song that often, as he prefers Lee Greenwood's patriotic country ballad "God Bless the USA." It's a crowd-pleaser aimed at his fans, and easy to sing along to.

Perhaps Trump isn't as fond of the presidential anthem because it has been repeatedly lampooned. At the time of the Watergate scandal in the 1970s involving Richard Nixon's administration, demonstrators often sang "Jail to the Thief." When George W. Bush was inaugurated in 2001, demonstrators chanted "Hail to the Thief," referring to the allegedly stolen votes in his election. The rock band Radiohead released an album entitled Hail to the Thief in 2003.

The line "Hail to the Thief" could also apply to Donald Trump, at least concerning the music he "stole." In addition to the Rolling Stones, Tom Petty's family recently issued a cease-and-desist letter to Trump's campaign team. The family said that the late musician "firmly stood against racism and discrimination of any kind and that "Tom Petty would never want a song of his used for a campaign of hate."

"We believe in America and we believe in democracy," the Petty family also wrote on Twitter. "But Donald Trump is not representing the noble ideals of either."