Guadeloupe: France 'ready to discuss' autonomy for the island

In the wake of violent protests on the island of Guadeloupe, France has brought up the prospect of autonomy for the overseas territory. 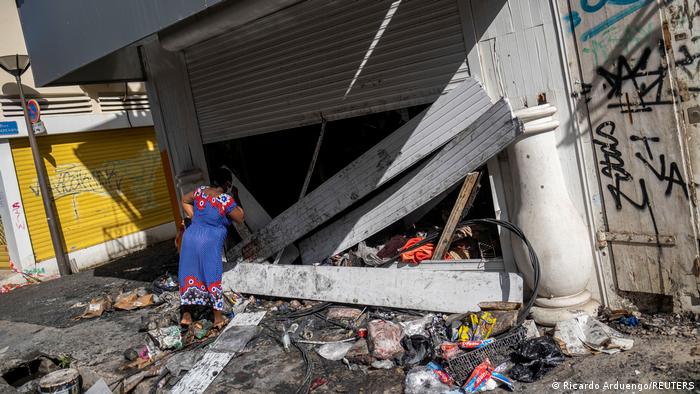 French pandemic regulations have resulted in violent protests in Guadeloupe

France is open to debating the prospect of autonomy for its overseas Caribbean island territory Guadeloupe, a government minister said in a video address late on Friday.

Minister of overseas territories, Sebastien Lecornu, raised the issue in a YouTube video directed at the inhabitants of Guadeloupe.

"The government is ready to talk about this. There are no bad debates, as long as those debates serve to resolve the real everyday problems of people in Guadeloupe," he said.

The message followed large-scale protests on the island against French coronavirus regulations, including mandatory vaccinations for public sector workers. Lecornu said in his address that "certain elected officials" on the island had brought up the prospect of autonomy.

"According to them, Guadeloupe could better manage itself. They want less equality with mainland France and more freedom of decision for local decision makers," he added.

Paris was also planning on introducing a series of policies for the island, including improving health care, investing in infrastructure and creating more job opportunities for young people.

The economic situation in Guadeloupe is more precarious than in continental France. Some 34.5% of the population live in poverty and 19% of people are unemployed.

Nearby Martinique — also a French Caribbean territory — is one of the better-off overseas territories, but the poverty rate was 29.8% in 2018, according to the National Institute of Statistics. 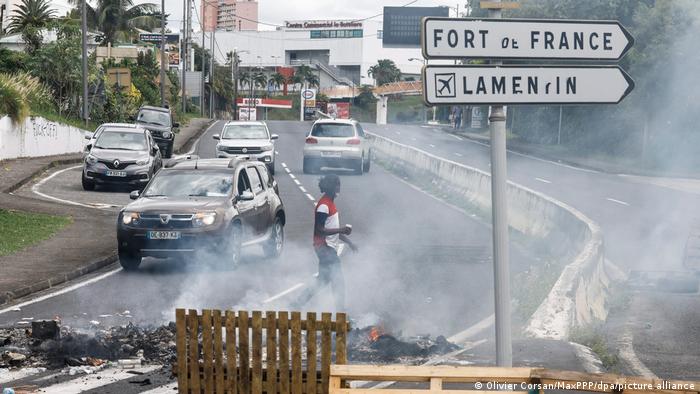 Violent protests also erupted in Martinique after afflicting nearby Guadeloupe

The French government also announced it would hold off on the vaccine mandate for public sector workers in Guadeloupe and Martinique.

Historic mistrust of the French authorities among Caribbean citizens harks back to the government's handling of a toxic pesticide health crisis. The substance was banned in mainland France in 1990, but its use was allowed to continue on the banana plantations on the two islands for another three years.

The vaccination rate in Guadeloupe is close to 50%, far from the 75% in mainland France.

Building up pride to fight racism