The French territory in the Caribbean has witnessed several nights of violent protest against COVID rules. Elite police officers have been sent to help quell the unrest. 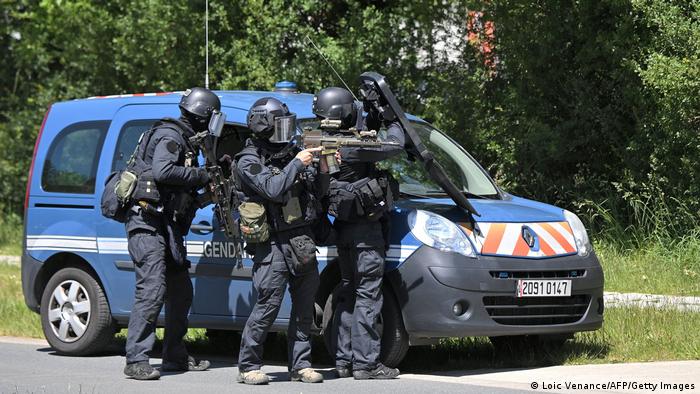 Officials in Guadeloupe now have 2,250 officers at their disposal to counter the rioters

France sent a group of dozens of elite security force officers to its overseas territory of Guadeloupe on Saturday after protests against coronavirus rules turned violent.

The deployment follows almost a week of unrest on the Caribbean island which included the burning of barricades in the street.

French Interior Minister Gerald Darmanin said around 50 agents from the GIGN counter-terrorism and RAID elite tactical forces would be sent to Guadeloupe.

"The first message is that the state will stand firm," Darmanin told reporters after a crisis meeting.

Although almost 70% of the population of mainland France is already fully vaccinated, in Guadeloupe the share is less than 50%.

Alexander Rochatte, the island's prefect, instituted an overnight curfew between 6 p.m. and 5 a.m. on Friday following days of protest.

Police arrested 31 people in the subsequent protests which also included looting and arson.

AFP reported that an armory belonging to the gendarmerie had been looted and cited a source saying that "firearms were used against police forces in four different areas."

The violent protests on the Caribbean island reflect similar scenes in the Netherlands on Friday night and the large protests against the full-scale lockdown and proposed vaccine mandate in Austria.

Guadeloupe is part of France, but its vaccination rate is on par with that of other nearby Caribbean islands.