All eyes were on the candidate for chancellor from Germany's Greens on Tuesday. She sought to reassure CEOs and industry players at the annual Day of German Industry that her party would not overburden companies. 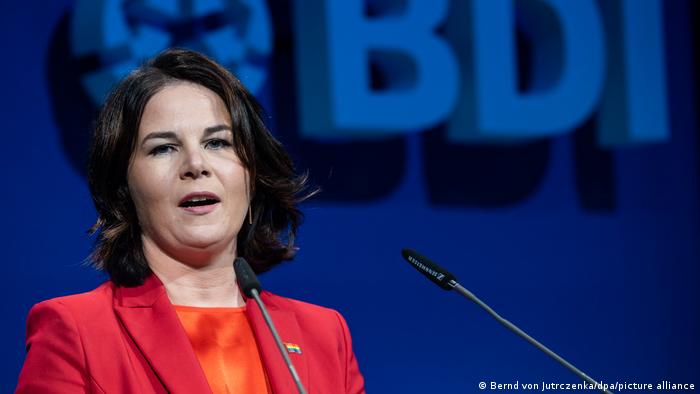 Annalena Baerbock is the first candidate of the environmentalist Greens to have a significant shot at becoming chancellor in Germany.

On Tuesday, she appeared at Germany’s annual gathering of business elite for the first time as a candidate for chancellor, where she sought to reassure CEOs and industry leaders that her party would not overburden companies.

Baerbock told attendees at the annual Day of German Industry that she wanted to work with companies to create new markets and develop and deploy new technologies. She said the transition to a carbon-neutral economy had less to do with her party than a direction Germany and Europe have already chosen.

One of three chancellor candidates at the forum, with Olaf Scholz of the Social Democrats and Armin Laschet from Angela Merkel's Christian Democratic Party, Baerbock has faced the most scrutiny by German business leaders as September's elections near.

The Greens' election program calls for billions in new spending, funded by tax hikes on individuals and the return of Germany's wealth tax. It supports a higher carbon tax per ton, offset by lower home electricity prices. And it wants to see Germany end its use of coal by 2030, eight years earlier than the current plan.

Siegfried Russwurm, president of the Federation of German Industries, which hosted the event, noted that his organization had critiqued the Greens' program as providing "little light" when it came out.

"But perhaps that's because there are some aspects we don't understand," he offered Tuesday as he introduced Baerbock.

Merkel's government recently agreed to move up the country's deadline to reach carbon neutrality by five years, to 2045. But it left many key details for future governments to determine.

The top of the agenda includes how Berlin can speed up the build-out of renewable energy, how it can cushion the rising cost of carbon passed down to consumers and how it will support heavy industries that need new technologies to lower their emissions.

Other priorities are meanwhile pressing, from accelerating the expansion of digital infrastructure such as broadband across the country to removing bureaucratic and technical hurdles in a country where the fax machine is still used by many government offices.

Other perennial issues for German businesses, such as tax relief, are likely to be less pressing for the Greens. 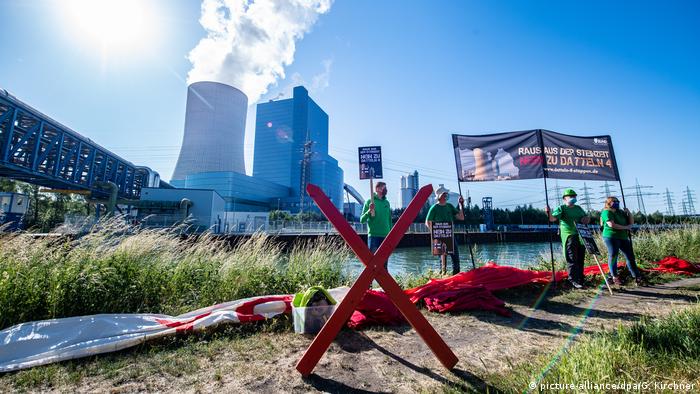 Baerbock argued Tuesday that she wanted to find the balance between creating the tight conditions necessary to meet emissions goals and letting the market play a role.

"We need a clear regulatory framework for a market economy that's fair both socially and for the climate," Baerbock said.

Others have their doubts. Hildegard Müller, president of the German Association of the Automobile Industry, said in a roundtable with Baerbock the future of hydrogen as an energy source, for example, should be decided by companies rather than Berlin.

"There's this idea that we can solve this through national politics," Müller said during a roundtable with Baerbock and other business leaders. "And I just think we have a different understanding."

Baerbock's opponents offered their own prescriptions for business in the years ahead.

Scholz of the Social Democrats called for more private investment and a faster expansion of renewable energy. He said he would rework the country's renewable build-out plans in his first 100 days. 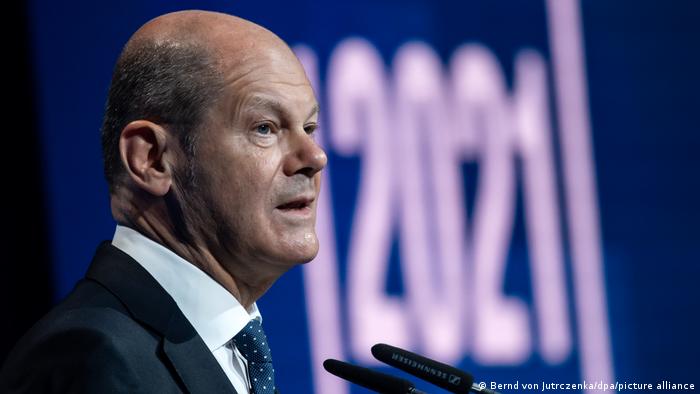 "The same methods will not be successful for the tasks we now face," Laschet said. "In the end it will lead to a state that regulates more, takes away more free space and, in the end, is itself overwhelmed."

Tuesday marked the last appearance by Angela Merkel as chancellor. The German leader has overseen stability and growth in recent years, but many top priorities for the business community have languished, from a lowering of corporate taxes to a faster build-out of digital infrastructure.

In her speech, Merkel pointed to the challenges ahead and to what she saw as her accomplishments, including the massive array of business support programs offered by Berlin.

"Many other nations have looked at us with envy over how much we've taken on," she said.