Greek Prime Minister Alexis Tsipras has said differences between the EU and the IMF on Greece's debt management are damaging the country. He called on the EU to recognize the Greek debt crisis as a "European problem." 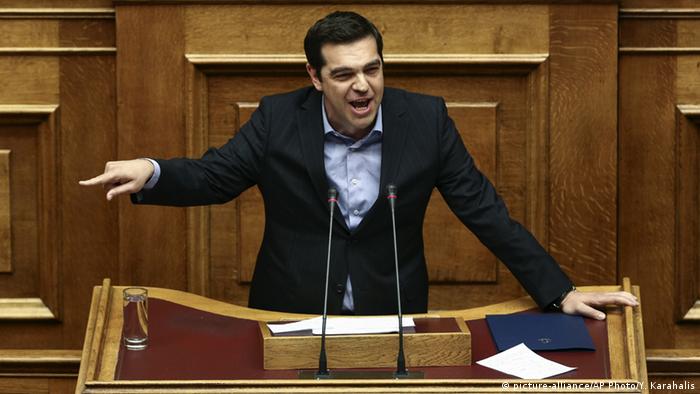 Tsipras told reporters on Sunday that a dispute between the International Monetary Fund (IMF) and the European Union over how to make Greece's debt sustainable was causing damaging delays to the country's recovery.

"We are closer than ever before to a solution to this crisis. What is delaying the effort of regaining the trust of the markets is the constant disagreement between the European institutions and the IMF," Tsipras said during a press conference at the Thessaloniki International Fair.

"The IMF has set a deadline for the end of this year [...]. A country that has gone through such a harsh adjustment can't wait any longer. Its people are entitled to a fair solution of the debt issue," he said.

"The Greek problem is a European problem," he added.

The IMF has announced that it will stop funding bailout plans for Greece if it fails to see measures from the EU designed to cut Greece's massive debt burden. The IMF and EU creditors disagree on just how much Athens can improve its finances through ongoing reforms.

The EU's Economic Affairs commissioner Pierre Moscovici said that Greece had to deliver on 15 reforms, with only two of those achieved so far.

Greece has been struggling to follow through on new sets of reforms, which the IMF says are required to unlock 2.8 billion euros ($3 billion) in bailout loans. Success in pushing those reforms through would also allow Greece to qualify for negotiations on debt relief later in the year.

The IMF has yet to decide whether it will participate in a third international bailout program that Greece signed up to in mid-2015, saying it was not convinced that Greece's debt was sustainable. The country's current debt-to-GDP ratio is the highest in the eurozone, exceeding 170 percent of national output.

Some 14,000 people demonstrated on the streets of Thessaloniki, the second-largest city of Greece, on September 10, protesting against planned austerity measures.

Germany's economy minister, who is on a three-day visit to Greece, has told the Greek people that he understands their concerns about the tough austerity measures imposed on them by the creditor nations. (30.06.2016)