Greek police arrest migrants in raids and at airports

Authorities in Greece have stepped up efforts to detain migrants without residence permits. Police have made a number of arrests in Thessaloniki and at some of the country's major airports. 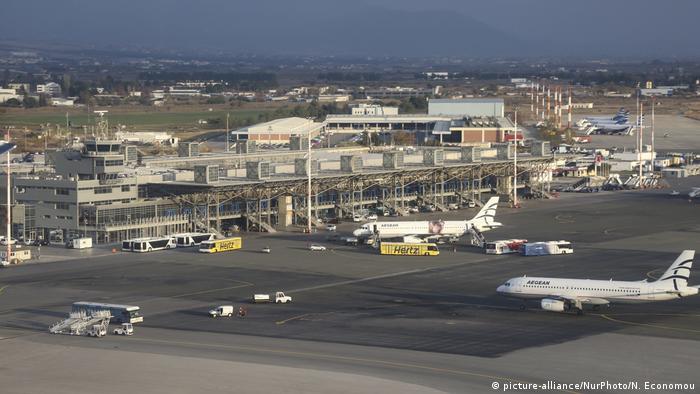 More than 60 migrants were arrested on Tuesday for failing to present the necessary residence permits in the northern Greek city of Thessaloniki.

The migrants were detained as part of a police crackdown following a number of violent clashes near the main train station of Greece’s second city.

Details of the clashes have emerged in videos being broadcast on Greek media showing knives and iron bars. Four men were injured in the riots, one of them with gunshot wounds.

A number of arrests were also made at two of the Mediterranean country's major airports as people tried to use fake documents to travel abroad.

Authorities said they had detained 13 migrants at airports on the islands of Santorini and Kos. The arrests were made after forged travel documents were presented in an attempt to board planes to Italy and Central Europe.

Police confirmed 21 further arrests had been made for similar offences in the last week at smaller airports around the country.