As a major wildfire on the island of Evia continues to spread, rescuers are racing to evacuate hundreds of people. "The only way for this fire to be extinguished is when there's nothing left to burn," a firefighter said. 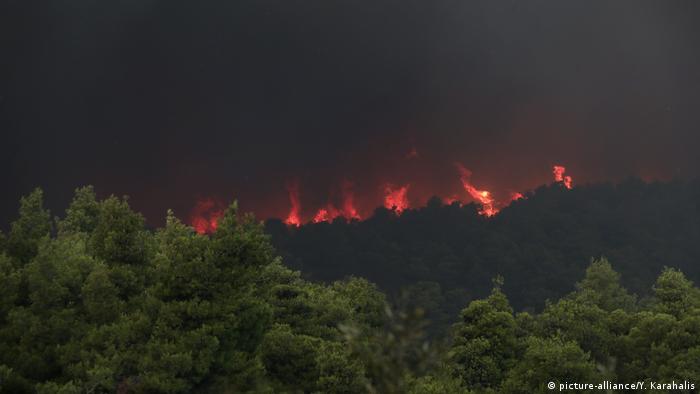 Hundreds of people were evacuated from villages on the Greek island of Evia on Tuesday, as flames from a wildfire in a nature preserve moved closer to their homes.

Firefighters across Greece are working to contain several wildfires that have broken out since the weekend, with hot temperatures, dry weather and gale-force winds fanning the flames. 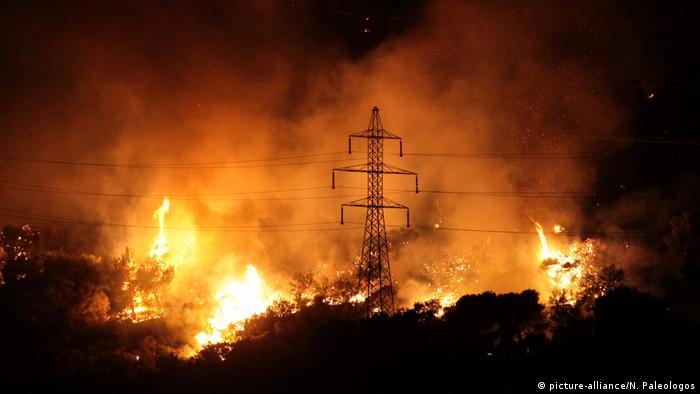 Dry conditions and winds have aided the spread of the fires

'I feared for my life'

Panos Agiannitis, a volunteer firefighter at the scene of the major fire in Evia, told Athens municipal radio that the flames were so high that they blocked out the sun.

"I feared for my life ... you could feel the heat 250 meters away," he said, adding: "The only way for this fire to be extinguished is when there's nothing left to burn." 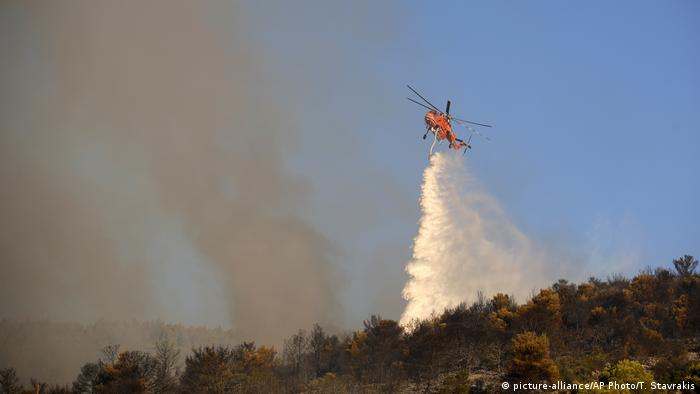 Concerns over blaze: Authorities have warned about the high risk of fires this week, urging the public not to light campfires or barbecues. Greek officials are hoping to avoid another deadly catastrophe like the one that occurred last year. More than 100 people were killed last July when a fast-moving forest fire struck a seaside town near Athens, trapping people in their cars.

Concerns over climate change: Although forest fires are common in Greece during the summer, environmental campaigners have voiced alarm over the rising number of wildfires around the world, saying they are a symptom of man-made global warming.